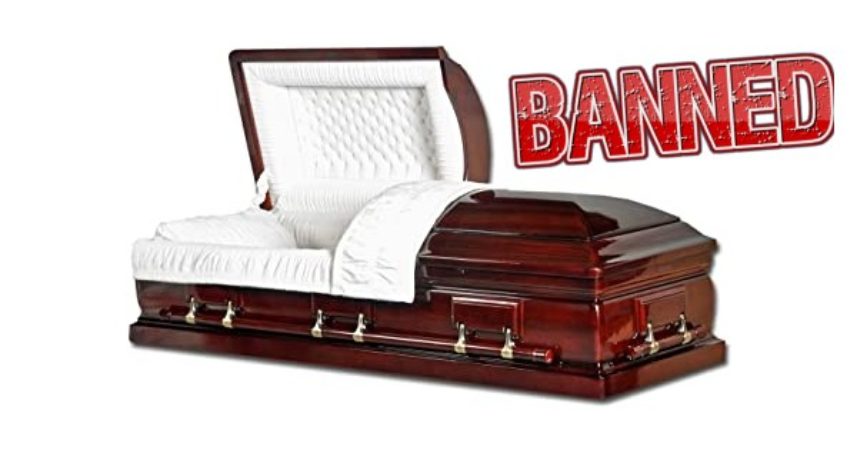 “How is this fair?” Shannon Jones wants to know.

How is it that her grandfather’s funeral was forced – by order of the governor – to be almost a non-event while demonstrators and protestors violate Virginia’s 10-person crowd-size rules with absolute impunity?

I have no answer.

Perhaps someone will show this to Gov. Ralph Northam and he can explain why massive protests are safe but funerals, graduations, proms, weddings and Easter services were not.

Large gatherings either pose a threat to public health or they don’t. Placards do not provide immunity to the coronavirus. That’s science.

There were exactly eight people at his funeral a few days later. Music was from an iPhone.

Northam’s current stay-at-home order limits gatherings to just 10 people. Unfortunately, two funeral home workers counted into that equation, so only eight family members could be present. One of Mr. Swain’s elderly sisters had to sit outside the funeral home in a car.

His brothers from International Union of Operating Engineers Local 147, where he’d been an active member for 54 years, couldn’t pay their respects to the retired crane operator either.

Mr. Swain’s graveside service was also curtailed. The family knew that only eight of them would be allowed under the tent, but they’d figured more friends and family could come to the cemetery provided they stood six feet apart.

Ms. Jones says the funeral director put the “kibosh” on that. He warned them that if more than 10 mourners gathered in Chesapeake Memorial Gardens the police would put a stop to it.

So there was no filled-to-capacity funeral, no eulogies, no hugs, no remembrances, no wake at the family home after the burial.

Just a spartan service on a sunny spring day.

Funerals serve a real purpose. There’s something therapeutic about the way we lay our loved ones to rest.

The rituals offer comfort to the bereaved. So do the mourners who gather with the family to offer their condolences and share warm – and sometimes funny – remembrances about the deceased.

The music, the flowers, the eulogies, the prayers. These are the ways that we say farewell in most of America.

Since the beginning of the COVID-19 pandemic in March, many governors sharply limited gatherings believing that this would curb the spread of the virus. The unintended consequence of their orders? People in hospitals and nursing homes die alone. Then they’re buried in haste, without the ceremonies that comfort grieving families.

All right, this is a pandemic. People have been forced to make tremendous sacrifices. Many grumbled, but they complied.

So imagine Shannon Jones’ reaction when she watched the news this past week to see thousands of demonstrators marching shoulder to shoulder to protest the death of George Floyd, a black Minnesota man who was killed by a white police officer.

The marches had no social distancing. The huge gatherings were not interrupted by police telling the participants to disperse. No governors with bullhorns warned the protesters that they would kill vulnerable folks by their actions.

Even in Virginia, where the 10-person-limit is in effect until tomorrow when it grows to 50, the marches were massive.

Yet the national scolds – who’d lost their minds over scenes of spring breakers on the beach – were largely silent.

“It enraged me,” Ms. Jones said of the size of the demonstrations. “We couldn’t have people at a funeral  but protests can have as many people as they like?

Shannon Jones said that from the start she thought the lockdowns were excessive. But she and her family abided by the governor’s orders.

Now, she says, it’s clear that fears of the virus were exaggerated. How else to explain Northam’s sudden indifference to crowd size?

Shannon and her family have had a rough spring. They lost a loved one and couldn’t properly mourn his passing. Now they see that the draconian rules that prevented them from having a funeral don’t apply to thousands of other Virginians.

“He was my person,” Ms. Jones said softly of her grandfather. “It isn’t fair.”

A version of this commentary originally appeared in the online www.kerrydougherty.com.

«
Wise King Ralph Rules: Less Choice for the Self-Employed»
Destroying the environment to save it