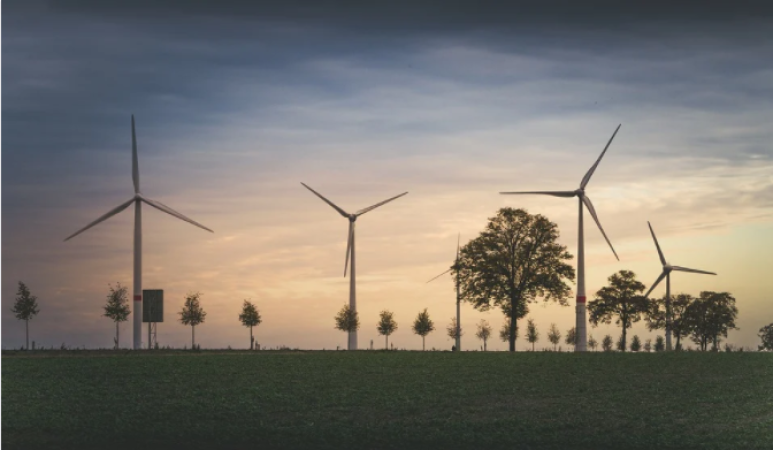 Destroying the environment to save it

“We had to destroy the village in order to save it.” The infamous Vietnam era quotation may or may not have been uttered by an anonymous US Army major. It may have been misquoted, revised, apocryphal or invented. But it quickly morphed into an anti-war mantra that reflected attitudes of the time.

For Virginians and others forced to travel the path of “clean, green, renewable, sustainable” energy, it will redound in modern politics as “We had to destroy the environment in order to save it.”

Weeks after Governor Ralph Northam signed Virginia’s “Clean Economy Act,” which had been rushed through a partisan Democrat legislature, Dominion Energy Virginia announced it would reach “net zero” greenhouse gas emissions by 2050. To do so, the utility company will raise family, business, hospital and school electricity bills by 3% every year for the next ten years – as these customers and state and local governments struggle to climb out of the financial holes created by the ongoing Coronavirus lockdown.

Just as bad, renewable energy mandates and commitments from the new law and Dominion’s “integrated resource plan” will have major adverse impacts on Virginia and world environmental values. In reality, Virginia’s new “clean” economy exists only in fantasy land – and only if we ignore “clean” energy CO2 emissions, air and water pollution, and other environmental degradation around the world.

Dominion Energy plans to expand the state’s offshore wind, onshore solar and battery storage capacity by some 24,000 megawatts of new “renewable” energy by 2035, and far more after that. It will retain just 9,700 MW of existing natural gas generation, and only through 2045, build no new gas-fired units, and retire 6,200 megawatts of coal-fired generation. This will reduce in-state carbon dioxide emissions, but certainly won’t do so globally. The company intends to keep its four existing nuclear units operating.

To “replace” some of its abundant, reliable, affordable fossil fuel electricity, Dominion intends to build at least 31,400 megawatts of expensive, unreliable solar capacity by 2045. The company estimates that will require a land area some 25% larger than 250,000-acre Fairfax County, west of Washington, DC. That means Dominion Energy’s new solar facilities will blanket 490 square miles (313,000 acres) of beautiful croplands, scenic areas and habitats that now teem with wildlife.

That’s almost half the land area of Rhode Island, eight times the District of Columbia, 14 times more land than all Fairfax County parks combined – blanketed by imported solar panels. Still more land will be torn up for access roads and new transmission lines. All this is just for Dominion Energy’s solar panels.

The panels will actually generate electricity maybe 20-25% of the year, once you factor in nighttime hours, cloudy days, and times when the sun is not bright enough to generate more than trifling electricity.

Dominion and other Virginia utility companies also plan to import and install 430 monstrous 850-foot-tall bird-chopping offshore wind turbines – and tens of thousands of half-ton battery packs, to provide backup power for at least a few hours or days when the sun isn’t shining and the wind isn’t blowing. The batteries will prevent the economy from shutting down even more completely during each outage than it has during the Corona lockdown. Similar policies across America will impact hundreds of millions of acres.

Most of these solar panels, wind turbines and batteries – or their components, or the metals and minerals required to manufacture those components – will likely come from China or from Chinese-owned operations in Africa, Asia and Latin America … under mining, air and water pollution, workplace safety, fair wage, child labor, mined land reclamation, manufacturing and other laws and standards that would get US and other Western companies unmasked, vilified, sued, fined and shut down in a heartbeat.

It is those minimal to nonexistent laws and regulations that govern most of the companies and operations that will supply the “clean” technologies that will soon blight Virginia landscapes and serve the new “clean” Virginia economy. As Michael Moore observes in his new film, Planet of the Humans, other states that opt for “clean” energy will face the same realities.

Thus far, no one has produced even a rough estimate of how much concrete, steel, aluminum, copper, lithium, cobalt, silica, rare earth metals and countless other materials will be needed. All will require gigantic heavy equipment and prodigious amounts of fossil fuels to blast and haul away billions of tons of rocky overburden; extract, crush and process tens of millions of tons of ores, using acids, toxic chemicals and other means to refine the ores; smelt concentrates into metals; manufacture all the millions of tons of components; and haul, assemble and install the panels, turbines, batteries and transmission lines, setting them on top of tens of thousands of tons of concrete and rebar. All of it beyond Virginia’s borders.

No one has tallied the oil, natural gas and coal fuel requirements for doing all this “Virginia Clean Economy” work – nor the greenhouse gases and actual pollutants that will be emitted in the process.

Nothing about this is clean, green, renewable or sustainable. But Virginia politicians and Dominion Energy officials have said nothing about any of this, nor about which countries will host the mining and other activities, under what environmental and human rights standards.

Will Virginians ever get a full accounting? Just because all of this will happen far beyond Virginia’s borders does not mean we can ignore the global environmental impacts. Or the health, safety and well-being of children and parents in those distant mines, processing plants and factories.

This is the perfect time to observe the environmentalist creed: think globally, act locally. Will that be done?

Will Dominion and Virginia require that all these raw materials and wind, solar and battery components be responsibly sourced? Will it require independently verified certifications that none of them involve child labor, and all are produced in compliance with US and Virginia laws, regulations and ethical codes for workplace safety, fair wages, air and water pollution, wildlife preservation, cancer prevention and mined lands reclamation? Will they tally up all the fossil fuels consumed, and pollutants emitted, in the process?

Science journalist, businessman and parliamentarian Matt Ridley says wind turbines need some 200 times more raw materials per megawatt of power than modern combined-cycle gas turbines. It’s probably much the same for solar panels. Add in the millions of wind turbines, billions of solar panels and billions of backup batteries that would be required under a nationwide Green New Deal, and the combined US and global environmental, human health and human rights impacts become absolutely mindboggling.

If you ignore all the land and wildlife impacts from installing the wind turbines, solar panels, batteries and transmission lines – you could perhaps call this “clean energy” and a “clean economy” within Virginia’s borders. But not beyond those borders. This is a global issue, and the world would likely be far better off if we just built modern combined-cycle gas turbines (or nuclear power plants) to generate reliable electricity – and avoided all the monumental human and ecological impacts of pseudo-renewable energy.

When it’s time to select sites for these 490 square miles of industrial solar facilities, will Virginia, its county and local governments, its citizens, environmentalist groups and courts apply the same rigorous standards, laws and regulations that they demand for drilling, fracking, coal and gas power plants, pipelines, highways, timber cutting and other projects? Will they apply the same standards for 850-foot-tall wind turbines and 100-foot-tall transmission lines as they demand for buried-out-of-sight pipelines?

Virginia’s Clean Economy Act will also plunge almost every project and jurisdiction into questions of race, poverty and environmental justice. Dominion Energy and other utility companies will have to charge means-tested rates (even as rates climb 3% per year) and exempt low-income customers from some charges. They will have to submit construction plans to “environmental justice councils” – even as the companies, councils and politicians ignore the rampant injustices inflicted on children and parents slaving away in Chinese, African and Latin American “clean energy” mines, processing plants and factories.

Government officials, utility industry executives, environmentalists and anyone else who promotes wind, solar, battery and biofuel energy need to explain exactly how they plan to address these issues. Future town hall meetings and project approval hearings promise to be raucous, entertaining and illuminating.

Paul Driessen is senior policy analyst for the Committee For A Constructive Tomorrow (www.CFACT.org) and author of books and articles on energy, environment, climate and human rights issues.

«
Unfair Double Standards Rule»
Together We Rise, Divided We Fall