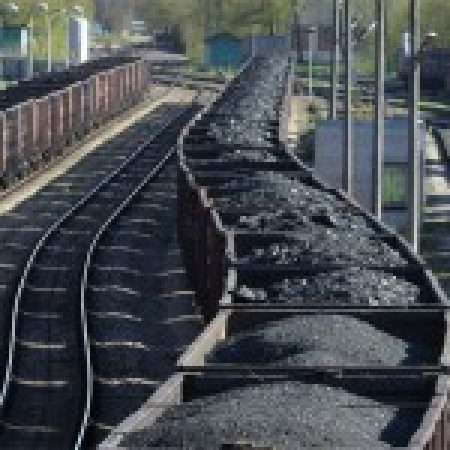 Citing climate concerns, he has refused to permit construction of the Keystone XL pipeline, and blocked or delayed Alaskan, western state and offshore oil and gas leasing and drilling. He’s proud that US oil production has climbed 58% and natural gas output has risen 21% since 2008. But he doesn’t mention that this is due to hydraulic fracturing on state and private lands; production has actually fallen in areas controlled by the federal government, and radical environmentalists oppose fracking all over the USA.

Above all, the President’s war on hydrocarbons is a war on Coal Country families. For 21 states that still rely on coal to produce 40-96% of their electricity, it is a war on people’s livelihoods and living standards – on the very survival of small businesses and entire communities. The price of electricity has already risen 1-2 cents per kilowatt-hour in those states, from as little as 5.6 cents/kWh in 2009. If it soars to the 14.6 to 15.7 cents/kwh paid in “job-mecca states” like California and New York – which rely on coal for less than 3% of their electricity – the impacts will churn through coal-dependent states like a tsunami.

Yet that is where rates are headed, as the Obama EPA’s carbon dioxide and other restrictions kick in. Hundreds of baseload coal-fired power plants (some 180 gigawatts of electric generation capacity) will be forced into premature retirement between 2010 and 2020. That’s more than 15% of the United States’ total installed capacity – enough electricity to power nearly 90 million average homes or small businesses. EPA assumes it can be replaced by expensive, unreliable, habitat-gobbling wind and solar power. It can’t.

EPA rules mean the price of everything people do will skyrocket: heating and air conditioning, lights and refrigeration, televisions, computers, medical equipment, machinery and every other gizmo that runs on electricity. Poor, minority and blue-collar families will have to find hundreds of dollars a year somewhere in their already stretched budgets. Shops and other small businesses will have to discover thousands of dollars, by delaying other purchases or laying people off. Factories, malls, school districts, hospitals and cities will have to send out search parties to locate millions a year at the end of rainbows.

Millions will get laid off – in coal mines, power plants, factories, shops and other businesses. Entire families and communities will be pounded and impoverished. Real people’s hopes, dreams, pride and work ethic will be replaced by despair and dependency. Bread winners will be forced to work multiple jobs, commute longer distances, and suffer severe sleep deprivation, if they can find work.

Families will have to cope with more stress, depression, drug and alcohol abuse, spousal and child abuse. Nutrition and medical care will suffer. More people will turn to crime. More will have strokes and heart attacks. More will die prematurely or commit suicide. For no measurable benefits.

even ocean acidification to justify the draconian rules. But the scientific basis is bogus. The agency cherry-picks data and studies that support its agenda, ignores libraries of contradictory research, rejects experts whose analyses question EPA conclusions, pays advisors and activists millions of dollars annually to rubberstamp and promote its regulations, and hides its work from those it decrees “are not qualified to analyze it.” The Intergovernmental Panel on Climate Change operates in much the same fashion.

Moreover, unhealthy US emissions plunged nearly 90% since 1970, even as coal use for electricity generation increased 170% – and the newest coal-fired power plants reduce pollution by almost this amount, using “supercritical” technologies, while also reducing carbon dioxide emissions by 20% or more, according the EPA and US Energy Information Administration reports.

Meanwhile, China, India, Germany, Poland and other countries are building some 1,200 new coal-fired power plants, and numerous gas plants, to spur economic growth, preserve jobs and lift people out of poverty. So the sacrifices Mr. Obama is imposing will do nothing to reduce global CO2 levels, which the evidence increasingly shows plays only a minor to trivial role in climate and weather fluctuations.

It’s true that Detroit temperatures didn’t dip below freezing in January and February in’79 – followed by a frost in June. But that was 1879! When he was a boy, “snows were frequent and deep in every winter,” Thomas Jefferson recalled in December 1809. “The Greenland seas, hitherto covered [in ice], have in the last two years entirely disappeared,” Britain’s Royal Society reported … in 1817. “We were astonished by the total absence of ice in Barrow Strait. [Six years ago the area was] still frozen up, and doubts were entertained as to the possibility of escape,” Captain Francis McClintock wrote in his ship’s log – in 1860.

And don’t forget the Medieval Warm Period, Little Ice Age, and the five frigid epochs that buried North America, Europe and Asia under glaciers a mile thick. Or the 4,000-year-old trees that recently emerged as modern glaciers melted back – proving that a forest grew in the now icy Alps just four millennia ago.

On and on it has gone, throughout Earth and human history: wild weather and climate swings on a recurring basis. But now, climate chaos cultists want us to believe such events began only recently, and we could stop today’s climate and weather aberrations – if we would just eliminate fossil fuels, destroy our economies, and condemn Third World families to permanent poverty and disease.

The truth is, only once in all of human history was a government able to control Earth’s climate, to make it “perfect all year,” and it is highly unlikely that we will ever return to those wondrous days.

So how do the EPA, IPCC, Michael Mann, Al Gore and other Climate Armageddonites deal with all these inconvenient truths, questions and skeptical researchers?

They hide their data and computer codes. Complain that they are being picked on. Refuse to debate “dangerous manmade global warming” skeptics. Harass and vilify contrarian experts, and boot them off university committees. Refuse to attend conferences where they might have to defend their manipulated data, junk science and absurd assertions. Al Gore won’t even take questions that he has not preapproved.

They have no cojones. They hide behind their sinecures the way Hamas terrorists hide behind children.

costs. It hosts dog-and-pony shows and “listening sessions” in big cities like Atlanta, Chicago, San Francisco, Seattle, Washington, DC and Pittsburgh – where it knows passionate lefty students and eco-activists will dominate. People who will be grievously impacted by the draconian job-killing regulations must travel long distances and pay for expensive hotels and meals … or remain silent and ignored.

That stacks the deck – the same way the “public comment” process is tilted in favor of ultra-rich Big Green agitators who have the funding and organization to generate thousands or millions of comments.

We taxpayers pay for these studies, payoffs and propaganda. And we will get stuck with the regulations, soaring prices and lost jobs that result. We have a right to review and analyze the data and claims. We have a right to be heard, in a fair and honest process that truly takes our concerns into account.

The House of Representatives should hold hearings, forcing callous bureaucrats, slick scientists and computer modeling charlatans to present their data, codes and findings under oath. States should sue EPA for violating the Information Quality Act. And voters must vote Republican in November – to change the Senate majority, and restore at least a modicum of constitutional checks and balances to a system which has vested far too much power in an unaccountable Executive Branch that shows total disdain for honesty, transparency and working families.

«
EPA’s Myths and Misinformation»
"The Economy of the Past Is Over.” But What Comes Next?