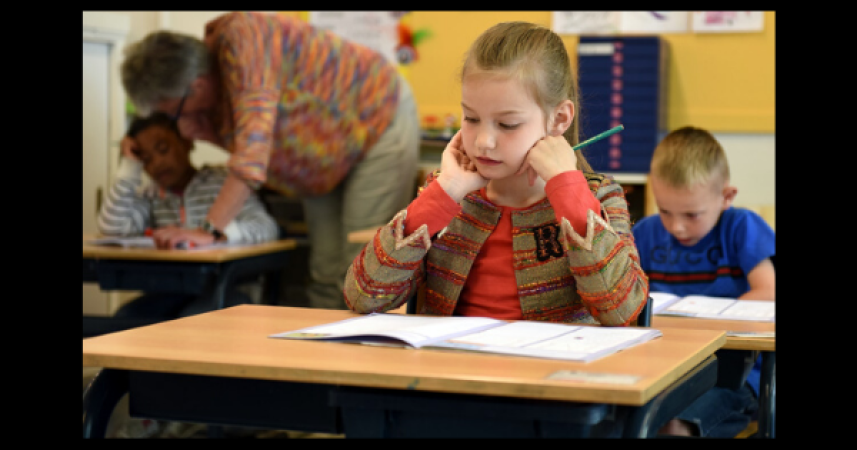 Time to Take the Lead on Education Reform

To say our country is experiencing difficult times is an understatement: COVID 19, protests, riots, death, and destruction. Are we in trying times or what? However, with any disruption to a routine, there’s opportunity. I believe this is an opportunity to seize the moment for ensuring real, significant education reform occurs.

With each new administration (federal, state, local) comes change. With any new rising star, an agenda for change is touted. Lasting change will require proposed legislation; hence consideration must be given to who controls the state, both executive and legislative, because this is where reform will take place. This is the level at which government will determine how the education system looks and operates in the future.

One may ask, “What reforms should be considered?” There are several, but the first reform that comes to mind centers around expansion of online education. Since the virus forced many schools, public and private, to implement some semblance of online access, this is the perfect time for entrepreneurs to develop curriculum for online platforms or start a new program. There are some great programs already in existence such as K12, Connections Academy, Khan Academy, Alpha Omega Academy, and Freedom Project Academy. I’m aware of a new program, iLumenEd Academy in Virginia, which will be starting this fall. There are many choices to consider depending on individuals desired focus and interests. Also, location is not a barrier to online learning.

Another reform is to consolidate various programs across divisions. What do I mean by this? The Merriam-Webster online definition includes: “to join together into one whole.” Take the wealthier, more populated divisions such as Fairfax County and Virginia Beach. These divisions are able to offer a greater variety of programs because they have the population and tax base. Conversely, less populated, more rural divisions in Virginia have limited similar or like programs. This is where an opportunity arises to consolidate programs, such as career and technical education (CTE), by designating a specific location as a regional school for children in adjoining divisions. In essence, this is equivalent to applying for a district transfer or to a Governor’s School such as in Roanoke or Lynchburg. Currently, Virginia has 19 academic-year Governor’s Schools as well as various summer programs. Based on population, shared costs, geography, and business opportunity, CTE regional offerings make sense. The 2016-2017 state data identifies 40,515 students completed CTE programs out of a student population of 1,288,033 or 3.1%. Virginia can do better for students and the economy. Now is the time to expand regional CTE schools where choice is restricted.

Expand Charter Schools throughout the state. The Virginia General Assembly passed legislation that authorized the creation of charter schools in 1998. Currently, there are eight operating in the state. Many may not be aware, but charter schools are part of the public education system and operate under a charter that is reviewed by the VBOE and approved by the local school board. These schools offer mandatory courses, but have the flexibility to provide specific curriculum based on the purpose. Many offer a college prep curriculum, while other may focus on the arts, special education, technology, or CTE. Neighboring states, such as Maryland has 46 and North Carolina has 184. This is a far cry from charter opportunities afforded children in Virginia. However, expansion in Virginia will require rethinking the application process to ensure divisions and the state work with, not against, the applicants.

Lastly, let’s put in place reforms that hold persons in authority accountable and responsible for their actions. There is much focus around reforming the police system to allow the bad apples to be fired, based on performance and the actions they display on the job. I advocate that similar standards should be put in place and applied to those in the education system. As a former local school board member, I’m aware of employees that have been publically called out for engaging in inappropriate behavior, not performing their duties, or are legally charged with a civil or criminal violation. Over the years there have been officials in various states caught embezzling public funds and inflating test scores. When caught, it’s not typically the first time they’ve participated in this behavior and should not be allowed to resign. In some cases, unions shield them from being removed. This is an affront to all the employees that do what is right, follow the rules, and try their best to help students learn. However, I believe they must be fired, lose their position and license, and not be hired in another division, which only serves to allow them to perpetuate their behavior. In the documentary, Waiting for Superman, the shuffling of employees between schools and divisions is referred to as the dance of the lemons. This should not be allowed or tolerated.

I realize there are many who will think some of these suggestions are extreme, unrealistic, or even down right impossible to consider. However, since we seem to be in a time period that is loudly screaming for change, this is the time to think and believe all things are possible. Let that entrepreneurial spirit rear it’s head and create new and better tools, techniques, and methods for ensuring what state constitutions claim: a quality education for all.

Families should expect safety in whatever institution they choose for their child. It’s presumed the learning environment will support their child’s innate talents and skills. Parents must hold authorities accountable through ensuring appropriate norms are being enforced. Let’s seize the moment! Let’s take a stand! Help those who are voiceless find their voice.

«
The Jefferson Journal: No Escape From New Rules»
What are perennial, intermittent and ephemeral streams?