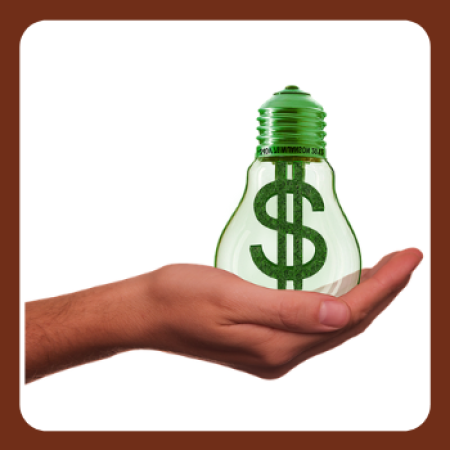 The Virginia Clean Energy Act: What It Does and What It Will Cost You

Responding to a perceived climate emergency, the new Democratic majority in the Virginia General Assembly is seeking to transform the Commonwealth into a wind and solar energy Wonderland. It is passing legislation to mandate construction of solar and wind, mandate closure of disfavored power sources, and to prevent the State Corporation Commission (SCC) from challenging either step on the grounds of prudence or cost.

Proponents call the main legislative vehicle, adopted on straight party-line votes in both chambers February 11, the Virginia Clean Energy Act. The House of Delegates version is now pending in the Virginia Senate, and vice versa, but all involved expect them to be amended again before Governor Ralph Northam has to sign them (or not) in the spring.

Virginia Democrats have added a new set of political motives to the drive to eliminate carbon dioxide emissions from electric power plants: Race, poverty and environmental justice claims. Should their bills pass and be implemented, the utilities for the first time will be charging means tested rates, exempting low-income ratepayers from some charges entirely, submitting their construction plans for review by an environmental justice council, and engaging in preferential hiring for at least some construction projects.

Even if you accept the premise that Virginia’s CO2 emissions are harming the world, this bill moves toward cleaner energy at far higher costs that necessary, protecting and even adding to utility profits.
Democrats may need to protect low-income customers from these costs to prevent a revolt. In a first back of the envelope estimate, the SCC told state legislators their plans will add $280 to $370 per year in cost to a Dominion Energy Virginia residential customer using 1,000 kilowatt hours per month. Dominion serves about two-thirds of the state. The impact on Appalachian Power Company customers in western Virginia will be lower, but they too will face higher bills.

Most of the costs will appear on future bills in the form of rate adjustment clauses (RACs), individual charges for specific capital investments. A series of six RACs to pay for new fossil fuel generators already appear on Dominion’s bills. Currently they add $12.43 to that 1,000-kilowatt residential bill, for a far less expensive building spree than this bill demands. The SCC estimates of future cost are credible.
The single biggest reason for the cost growth in Dominion’s territory will be construction of between 2.6 and 5.2 gigawatts of wind turbine generation off the Virginia Beach coastline, the only United States project of that size to be funded by captive ratepayers of an integrated utility. Critics believe the utility-owned approach will triple the cost of power compared to other offshore wind models. The pending legislation orders the SCC to accept the costs as reasonable and prudent.

Much of the rest of Dominion’s cost increase will come from a massive expansion of utility scale solar facilities also built at ratepayer expense. The utility solar expansion will be joined by an increase in opportunities for individual customers, public and private, to install their own solar panels and sell power back to the utility (net metering). Private developers, however, are prevented from building more than a third of the larger solar projects, even though that method saves considerable consumer cost.

The third major – and expensive – leg of the plan is development of more than 2 gigawatts of energy storage capacity, mostly batteries but perhaps including a new pumped storage reservoir. They will store excess renewable-generated energy and release it in response to customer demand. The SCC made no effort to estimate that particular customer cost as that technology is still evolving. Once again, this will be mostly utility owned.

The bill calls for Virginia to have zero-carbon energy, at least from those two utilities, no later than 2045. As a first step, it enrolls Virginia in the Regional Greenhouse Gas Initiative, which will be Virginia’s first true carbon tax. The legislation orders the closure of most, but not all remaining coal generation, mainly generation from aging plants that are no longer economically viable anyway.

But – disappointing the New Green Deal purists – the proposal leaves intact the new gas-fired plants Dominion has built around its territory, the coal and biomass-fired plant it built out in Wise County, the Clover plant it owns jointly with the rural electric cooperatives, and its aging Mount Storm coal plant just across the line in West Virginia.

With those continuing to operate for two more decades or longer – and rapid growth of private solar sources — it is doubtful customer demand will be there for multiple gigawatts of new wind and solar power, but a neutered State Corporation Commission will lack the authority to slow their construction. Instead the law creates a series of hurdles for development of any new fossil fuel generation.

Proponents also expect to bend down the demand with a major expansion of utility-owned and ratepayer-financed energy efficiency programs. These install insulation and low wattage light bulbs, replace older inefficient appliances, and seek to reduce electricity usage in various other ways. Large industrial customers who have previously avoided paying for energy efficiency spending will be forced to step up.

Low-income customers will have to accept energy audits and efficiency efforts as part of the program which may subsidize their residential bills. The proposed Percentage of Income Payment Plan will also pay off bills they owe in arrears, using funds provided by other ratepayers (with yet another rate adjustment clause).

Further softening the blow on low-income customers, the bill proposes that they be spared from paying the rate adjustment clause for the offshore wind project or from paying any stand-by charge imposed on other net-metering solar customers. Low-income communities will be earmarked for major portions of other spending dictated in the bill, such as flood mitigation efforts.

This summary hits only the highlights of this one main clean energy proposal, which is supplemented with dozens of other bills changing energy regulation and dictating decisions to the SCC. Trying to eliminate CO2 emissions from energy generation is only a first phase, with the rest of Virginia’s economy facing its transformation away from fossil fuels in years to come. If this bill is the model, expect similar disregard for consumer cost and regulatory oversight in those efforts.

Stephen D. Haner is Senior Fellow for State and Local Tax Policy for the Thomas Jefferson Institute for Public Policy. For more detailed information, consult these recent articles by Haner on Bacon’s Rebellion: Energy Omnibus: What it Does. How it Costs You; Energy Omnibus II: It Doesn’t Shut Gas Plants; Energy Omnibus III: Race, Poverty and Justice.

«
Collective Bargaining in the Schools: Prescription for Problems»
Jefferson Journal: Raising the Price on School and Road Construction