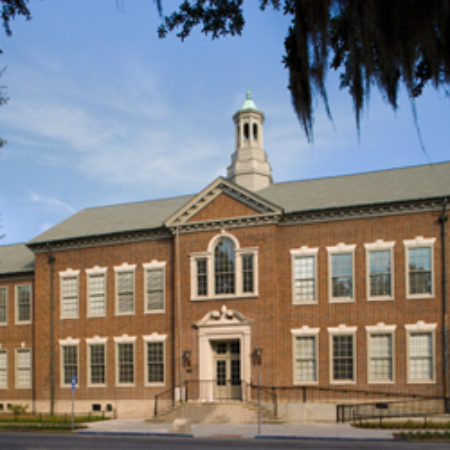 Collective Bargaining in the Schools: Prescription for Problems

Joseph Ocol is the kind of teacher most parents would fight to have teach their daughter.

His Englewood, Chicago girls’ chess team won the national championship in 2016 against 60 other schools, an achievement noted in the Congressional Record, by news media and by the mayor and city council. And they’ve gone back since then, placing 4th last year.

But back in 2016, the Chicago Teachers Union (CTU) went on a one-day strike and Ocol made the decision that, if they were to have a chance at winning, his chess team couldn’t afford to take a day off from training. So Ocol skipped the strike to coach his kids.

For his efforts, the teachers’ union threw Ocol out. CTU simply put union needs above the needs of children from a community in which 45 percent are below the poverty line. Those who strayed from the party line were to be punished.

There are lessons in this for Virginia. Those looking at the notion of “collective bargaining” with a gauzy vision of teachers and administrators sitting down and singing “kumbaya” will be in for a rude awakening.

Because the reality is significantly different. And with legislation under consideration in the General Assembly allowing for public employee collective bargaining (funny how the General Assembly excluded their own employees), Virginians need to know what they are in for – particularly in the field of education.

Ms. Haney also cited a 2018 study published in the Economics of Education Review, noting that the study associates “collective bargaining with lower overall student achievement and also ‘with greater proportions of students scoring at the bottom of the performance distribution and smaller proportions scoring at the top tail of the distribution. These relationships are particularly strong for subgroups of traditionally disadvantaged students …’”

In short: collective bargaining is bad for struggling and low-income students.

Why is that? A good part of the reason is that collective bargaining agreements don’t just govern teacher pay. They frequently determine length of the school day, the school calendar, class size, and after-school hours. If it isn’t in the contract, a teacher or supervisor can’t do it. And these are the things that affect classroom learning.

Those contracts also set the terms for salary increases and discipline, limiting the ability to reward quality teaching (“seniority only!”) or remove ineffective teachers. Do you remember reading about New York City’s “rubber rooms?” The ones where ineffective or dangerous teachers were sent away from children to play games on their phones, salaries paid by taxpayers, while the city spent years in disciplinary action to remove them? That was a consequence of the collective bargaining contract.

This is not confined to huge systems like New York City. In Providence, Rhode Island public schools – about the size of Richmond and smaller than 12 Virginia school systems – the Johns Hopkins Institute for Education Policy analyzed the system’s devastatingly low student performance and sent teams to conduct interviews throughout the city.

Among its conclusions: “Of all the issues raised across all interviews, the (Collective Bargaining Agreement) hiring policies came in for the greatest critique,” noting that “it was next to impossible to remove bad teachers from schools or find funding for more than the one day of contractual professional development per year.”

The team was told by teachers … that the inability of a school to fire the weakest teachers was a real problem, because there were teachers who “just weren’t doing what they were supposed to be doing.” One principal reported still going to hearings about a teacher who had finally been put on administrative leave for repeated, inappropriate physical contact with children. The teacher is still on the roster and is still paid.

The Collective Bargaining Agreement hurt students. But it also hurt effective teachers seeking to do right by the children they teach.

This comes as no surprise to those of us who grew up in collective bargaining states. When the teachers union becomes the legally protected and exclusive bargaining agent and when funds are tight, the priority is building dues-paying membership (more teachers rather than professional development; protecting the teachers you have regardless of competence) instead of building a quality workforce or removing barriers to ensuring children receive the education that best suits their needs.

If the collective bargaining agreements working their way through the General Assembly continue unfettered, Virginians are about to learn what that means for their children.

Or they could just ask Joseph Ocol.

«
Will General Assembly Decide on Carbon Car Tax?»
The Virginia Clean Energy Act: What It Does and What It Will Cost You