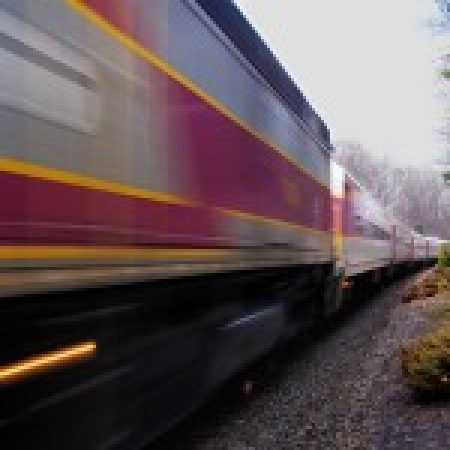 (This response continues the dialogue from June 12, July 16, and August 9 issues of the Jefferson Policy Journal.)

Yes, we fail to follow Mr. Roth’s arguments against the Dulles Rail Project.  First, we are confounded that our bona fides as conservatives are questioned by Mr. Roth’s contention that [conservative] “principals would require travelers to pay the costs of the projects they benefit from.”  Applying this principal to all modes of transport would leave us with, well, no projects that meet that criterion.  No project that we know of is funded entirely by the “user.”  Take for example the soon to open Beltway HOT ( Express) Lanes.

We take note that the State of Virginia contributed $400 million to this project.  The state will not be paid back.  And, please, do not dust off that oft-quoted myth that “user” fees totally pay for highways.  They don’t.  The Federal Highway Administration calculates that “user” fees (motor fuel taxes, motor vehicle fees, and tolls) pay for 51% of highway construction costs, the remaining 49% being paid from general revenues at the state and local levels.  Additionally, the Federal Highway Trust Fund required more than $35 billion in general revenue to stave off bankruptcy under SAFETEA-LU, the last surface transportation authorization.

We strongly disagree with Mr. Roth’s assertion that “buses can provide transit service compared to rail, and at a fraction of the cost.”  Buses, of course, have their place.  But they are not rail.  For buses to perform a “rail-like” service, then they have to perform like rail (like having  intermediate stations, buses coupled together train-like, and spark economic development, to name a few)  Running buses in point-to-point express service from Loudoun County to a single destination in the Washington area only provides “mobility” for a minuscule portion of the commuting public.  Running buses on the Dulles Access Road raises additional questions such as opening up the road for carpools in addition to  Mr. Roth’s 1, 200 buses from Loudon County.  The Federal Aviation Administration might not be amused by this use of their Access Road.  To replicate Metro service, the buses would need stations located along the Dulles Access Road.

Claiming that the Dulles Extension “reduces mobility” is absurd ipso facto.  This is another fact-less assertion.  Each metro station affords access to the rest of the region through the other 86 stations located in Virginia, the District, andMaryland. The Dulles Extension would add an additional eleven stations, including four serving Tyson’s Corner, a major commuter destination.  Almost one million weekday riders choose to use Metrorail to access literally thousands of destinations across the region.  That’s what mobility looks like.  Connecting the Silver Line to this network will greatly EXPAND mobility options for the residents ofFairfax andLoudounCounty through these eleven additional stations.

Our arguments on the economic benefits of the Dulles Extension have already been adequately articulated in our original rebuttal, “Gabriel Roth Betrays Transportation Conservatives” and they are compelling and fact-based.  No need to repeat them here.

Mr. Roth’s assertion that this project is the only one he knows of that is “actually expected to reduce mobility” leads us to question which universe Mr. Roth calls home.  It’s certainly not the one we reside in.  There is clearly ample evidence to document the economic and mobility benefits of the Dulles Extension.  We salute the wisdom and foresight of Fairfax and Loudoun Countyleaders in championing this needed addition to the transportation options and inventory of Northern Virginia.
Glen Bottoms serves as Executive Director of The American Conservative Center for Public Transportation.  He is a retired federal executive, having worked for the Federal Transit Administration for twenty-five years.  He can be reached at gbottoms@amconmag.com

Eric C. Peterson is a transportation policy consultant.  Previously he served on the staff of former U.S. Senator John Warner (R-Va), was Deputy Administrator for the U. S. Department of Transportation’s Research and Innovative Technology Administration, and Executive Director of the Landowners Economic Alliance for the Dulles Extension of Rail (LEADER) – the entity that organized the tax district in the first phase of the Washington Metrorail’s Silver line extension to Dulles Airport and Loudoun County, Virginia. He can be reached at ecp50@verizon.net.