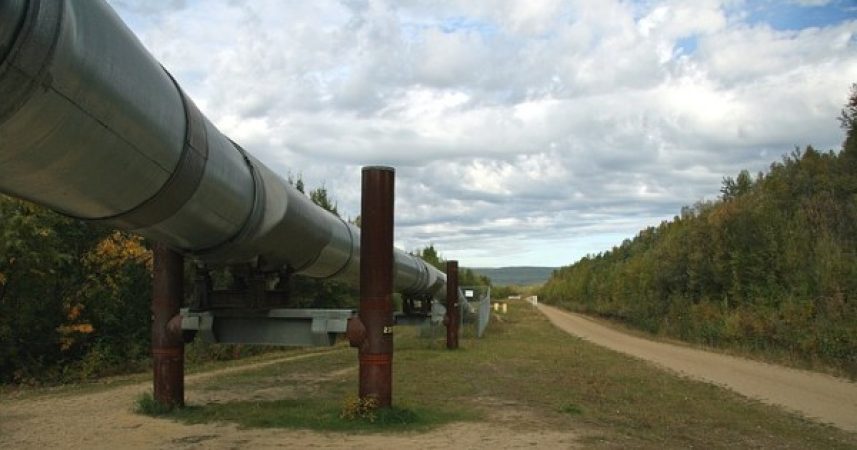 If by 2040, the Old Dominion has completed its transition into a federal annex fringed by Berkshire-owned feudatories and horse farms, July 5, 2020 will go down in history as the moment the power balance shifted decisively toward the new oligarchs.

The Atlantic Coast Pipeline is dead. Democrats in the statehouse have run out the clock and Dominion Power, having sunk billions into the project, is cutting its losses. And on Sunday, the Wall Street Journal reported that, “[Dominion] will almost entirely exit from its gas-transmission business with the sale of its pipeline and storage assets to Berkshire Hathaway Energy.”

If the pipeline had been finished, Norfolk would probably have become a natural gas exporting terminal. As it stands, the mid-Atlantic’s only liquid natural gas exporting terminal is the Dominion facility in Cove Point, Maryland, of which Berkshire now owns a share. So, the big winners in the pipeline cancellation are: Berkshire Hathaway, the State of Maryland, and a cabal of rich progressives in Charlottesville.

The big losers are likely to be Dominion’s union workers. Berkshire has a record of union-busting, including a recent incident in New Jersey when truckers and warehouse workers who tried to organize were laid off and replaced with contractors. The union representing Dominion’s gas workers in several mid-Atlantic and Appalachian states seems to be worried, with good reason. “At this time we fully realize there are many unanswered questions and the Leadership is scheduling meetings with Labor Relations as well as the Company officials to transition employees and benefits over the next few months,” United Local Gas Workers Local 69 posted to their Facebook page on Sunday.

Berkshire also owned most of the newspapers in western and central Virginia until March, including the Richmond Times-Dispatch, the Free Lance-Star, the Culpeper Times-Exponent, the Daily Progress in Charlottesville, the News Virginian in Waynesboro, and the Roanoke Times, giving them almost complete control of the pipeline narrative in the parts of the state where it mattered. Lee Enterprises paid $140 million for all Berkshire’s papers nationwide in March, not just the ones in Virginia, and Berkshire now owns all of Lee’s debt. Unlike Berkshire’s  New Jersey workers, the Roanoke Times has been allowed to unionize as of this April, right after they got rid of it.

The value of BH’s Virginia newspapers is peanuts compared to the $9.7 billion Dominion deal, but it is nevertheless worth noting that during the contentious debate over the pipeline, most of the newspapers in Virginia were owned by a company that is now going to acquire Dominion’s natural gas operations. Today Berkshire does not own the papers, but they are the sole creditor to the company that does, which means they retain a non-trivial amount of influence, and much less of the risk.

It was not simply regulatory roadblocks that killed the pipeline; in fact there were several important victories on that front. The Supreme Court ruled in June that the pipeline could be cut underneath the Appalachian Trail, overturning an earlier verdict that the Forest Service didn’t have the authority to grant a permit. No, it was political opposition, not regulatory hurdles, that killed the pipeline. That opposition came in the form of astroturf groups funded by people connected to Berkshire figures, and Democratic politicians who received donations from people connected to the company (the largest single donor to the Democratic Party of Virginia in 2015 was the son of Buffett partner Charles Munger, Jr, whose money supplied more than half of their funds for statehouse races that year). The defeat of the pipeline was also enabled by the near-complete collapse of the Republican Party of Virginia, which failed to run candidates in nearly a third of state legislative districts in 2019.

There are also a fair number of astroturf groups that played an important role, whose funding sources remain unclear. One should point out that Ted Weschler, a top investment manager at Berkshire Hathaway, is a Charlottesvillian, who joined the company in 2012 and is frequently discussed as a potential successor to Buffett. Weschler is a former business partner of billionaire Charlottesville resident Michael Bills, who used to manage the UVA endowment and was the prime political mover in the anti-Dominion campaign. Bills is the chairman of the board of Clean Virginia, and two years ago famously offered to replace any Dominion campaign donations to statehouse candidates with his own money. Clean Virginia was run by Tom Perriello until he took a job in 2018 running the U.S. programs of George Soros’s Open Society Foundations. Its current executive director is Brennan Gilmore, a former State Department employee who, among other things, filmed the Charlottesville car attack in 2017.

Then there is the Virginia Mercury, a dark money-funded nonprofit journalism outlet that covers primarily environmental issues. The Virginia Mercury was initially funded through the Hopewell Fund, a 501c3 managed by Arabella Advisors, an institution that is a good example of how, though conservatives got a big win in Citizens United, progressives have figured out how to use the new rules better than any conservatives have. The largest single donor to the Hopewell Fund, and the foundation that provided its seed funding, was the Buffett Foundation, according to CRC. We don’t know who the specific donors for the Virginia Mercury are, but given the various Buffett-connected interests involved here, one has to wonder. The Mercury has also profiled Michael Bills’ counter-Dominion campaign, and one can peruse their coverage of the Atlantic Coast Pipeline to get a sense of their views on the subject. Editor-in-Chief Robert Zullo’s column after the death of the pipeline details his own changing views on the subject, which may or may not be related to his new set of patrons. (Update: A PR representative for States Newsroom, of which the Mercury is a part, comments: “States Newsroom is a stand-alone 501(c)(3) and has not had an affiliation with the Hopewell fund for some time.”)

What is beyond dispute is the death of the Atlantic Coast Pipeline has now resulted in a substantial acquisition for Berkshire Hathaway, after various people connected to the company have worked to kill it. Anybody who claims it’s a victory for social justice should pay very close attention to how many union jobs the sale is likely to kill, and also to the private equity creeps behind the curtain. The natural gas operations in Virginia hated by environmental activists haven’t gone away, they’re just owned by their allies now. And the state once called the Mother of Presidents is now managed from Nebraska, via a branch office in Charlottesville.

A version of this commentary originally appeared in the July 8, 202 edition of The American Conservative.

«
What are perennial, intermittent and ephemeral streams?»
New Rules for Employers: There Is No Escape