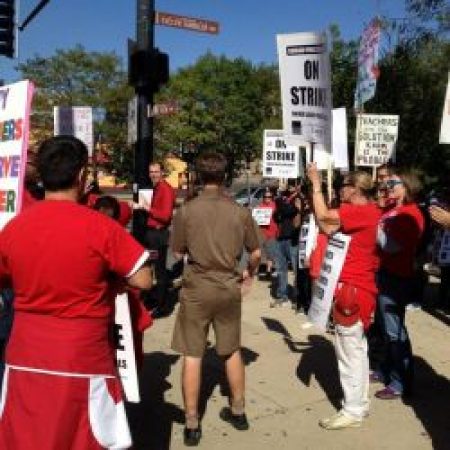 Recent rulings by the National Labor Relations Board (NLRB) have serious implications for business owners across Virginia.  The NLRB now permits labor unions to form bargaining units from specialized areas of a company rather than the traditional rule of allowing broader categories of workers to be organized.  These ‘micro-unions’ represent the biggest union-related threat to businesses since the card check issue.  Most importantly, these micro-unions will hurt workplace cohesion, inhibit business expansion and hinder job growth.  They are a burden to employers, an obstacle to employees and should be overturned by Congress.

The NLRB rulings affirming micro-unions have come from a wide variety of industries.  The original ruling overturning decades of labor law came from a nursing home.  The NLRB allowed a union to divide nurses based on the type of their license regardless of job duty.   Only Certified Nursing Assistants were permitted to vote on unionization which excluded the larger care-giver community of Registered Nurses, Licensed Nurse Practitioners and others who performed similar job functions.  These micro-unions can consist of as few as three employees.

The NRLB expanded the original micro-union ruling to include virtually every industry.  Micro-unions have now been allowed at manufacturing facilities, rental car companies and luxury department stores.  The most bizarre of these decisions was at Bergdorf-Goodman Department Store in New York City.  The New York Regional NLRB allowed the United Food and Commercial Workers Union to form a collective bargaining unit consisting of only sales associates in the women’s shoe department on the 2nd and 5th floors, who were paid on commission.  These were the only employees permitted to vote on organization.

Dividing employees with similar job functions and providing each with different rules, benefits, and contracts will only lead to discord among employees.  Business owners depend on cross-training their employees to be knowledgeable across multiple departments to efficiently serve customers.  Picture for a moment a hardware store where one union could represent the lighting department, another the plumbing department and flooring employees are unaffiliated.  Depending on the union contracts, employees could be prohibited from assisting customers one aisle over.

Aside from poisoning the working relationship among employees, think of the headaches and legal costs business owners will face.  Along with the day-to-day toils of operating a business, employers now face the threat of negotiating multiple collective bargaining agreements with different unions each trying to carve out a different portion of their workforce.  These rulings actually de-incentivize business owners from expanding departments and locations.

What business owners need is certainty.  These rulings by the NLRB provide a huge amount of uncertainty that will hurt businesses.  With each new location and each new department added, employers become more vulnerable to attacks from organized labor.  There have been attempts by Congress to reign in the NLRB by exercising the Congressional Review Act and attempting to defund the enforcement of these rulings.  Sadly, both efforts to stand up for the rights of business owners to run their business as they see fit have stalled in the Senate along party-line votes.

These micro-union rulings enable labor unions to hand-select employees to vote on workplace organization.  By choosing pro-union employees, the success rate of organized labor is nearly 100% in micro-union workplace elections.  Federal regulations often chisel away at profitability and impede productivity.  The Virginia business community needs to take steps to ensure that micro-unions are not given a chance to take hold in Virginia.