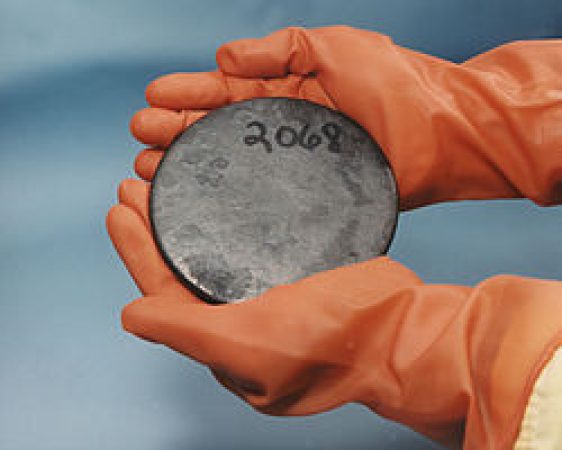 (This column first ran in the Richmond Times Dispatch on September 9, 2012. It is reprinted here with minor edits.)
As a member of the National Academy of Sciences (NAS) uranium mining study panel, I spent more than 18 months as a volunteer preparing a report intended to objectively inform Virginia policymakers as they deliberate on whether to lift Virginia’s 30-year moratorium on uranium mining. Regrettably, the report has been largely mischaracterized by the media and mining opponents, contributing to a less informed public debate than was intended.

Having worked my entire adult life as an engineer, and now as a private citizen representing only my own personal views on this document, I feel compelled to contribute some additional information to the debate.

We live in a world dominated by technology. But behind every piece of it — from cars, wind turbines, computers and iPhones to an artificial heart and the space shuttle — are minerals that have to be mined. From the raw materials required to construct these devices to the fuels for the electricity that powers them, it all has to come out of the Earth.

If you can’t grow it, you have to mine it. And, our nation’s 90 percent dependence on imported uranium is staggering. The United States cannot afford to be dependent on other countries — many of whom are far less environmentally conscious or politically stable than us — to produce our energy and critical materials when we can do it right here.

So, the main question is not can we mine uranium safely, but rather, how will we mine it safely?

Virginia legislators and residents should keep in mind that much of the NAS report focused on the impacts of uranium-mining practices dating back to the 1950s, ’60s and ’70s, long before any of today’s strict regulations were put in place or modern industry practices were adopted.

Fifty years ago, we had neither the technology nor the understanding about the effects of radiation to mine uranium safely. That is not the case today. The NAS report affirms that and provides a “starting point” for Virginia by identifying internationally accepted best practices and regulatory standards for uranium mining.

Uranium is mined safely with minimal environmental impacts throughout the world. Studies conducted by leading epidemiologists demonstrate that today’s uranium workers and the public living near modern uranium mines are as healthy as the general population.

Consider that about one-fifth of the world’s uranium is mined in nearby Canada, largely in Saskatchewan. Since a government study panel concluded in the 1990s that the environmental impacts of uranium mining could be minimized, the Saskatchewan government has fully embraced the industry and still boasts an enviable record of environmental stewardship.

Today the uranium-mining industry there supports thousands of high-paying jobs and is rigorously regulated by the provincial and federal governments. Virginia would be well served to draw upon the Saskatchewan experience.

Much of the concern about uranium mining in Virginia is based on fears of an improbable catastrophic natural disaster releasing mill tailings. The NAS study directly addressed this concern and found that, “Over the past few decades, improvements have been made to tailings management systems to isolate tailings from the environment.” Specifically, the report identified belowground tailings disposal as a way to eliminate the possibility of catastrophic storm or flood-induced releases.

Another concern expressed is the potential for groundwater contamination from the mine or tailings. Again, the NAS report addressed this directly: “To date, modern tailings disposal cells have been effective at preventing groundwater contamination.”
The report emphasized the effectiveness of runoff and wastewater collection systems, as well as buffer zones and groundwater-monitoring wells surrounding the site to detect the slightest elevations in contaminant levels and prevent contaminated water from escaping the site.

Virginia does not have to reinvent the wheel when it comes to uranium mining and milling. It can draw from the international best practices reported in the NAS study as well as borrow from effective regulatory regimes established in other states and countries.

«
Are Virginia’s Dropout Numbers Too Good to Be True?»
The Danger of Micro-Unions