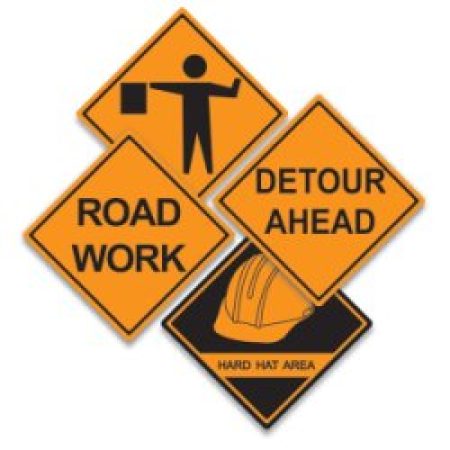 Last fall Fluor Transurban was negotiating a contract with the Virginia Department of Transportation (VDOT) to build or upgrade 29 miles of express lanes on Interstate 95 in Northern Virginia. It was critical to get a better handle on how much the roughly $1 billion project would cost. To help out, the consortium hired HNTB, a Kansas City-based engineering firm, and Dayton-based Woolpert, a geospatial firm, to conduct a preliminary design.

Normally, a job like this would require a sub-contractor to assign dozens of surveyors to develop a detailed topographical map of the route. The job would take months as survey teams worked down miles of highway, making tedious measurements every step of the way. Traffic would have to be diverted, and the safety of the surveyors would be an ever-present concern. Frequently, the engineers would have to dispatch surveyors back into the field to take more measurements, creating delays. It wasn’t a pretty process.

But Fluor Transurban got a much faster turn-around because HNTB and Woolpert embraced a fast-evolving technology known as LiDAR (Light Detection and Ranging). Invisible, pulsed laser beams emanating from rotating mirrors can acquire up to 1 million precise distance measurements per second of the roadway and surroundings. The resulting data, a “point cloud,” provides precise 3D digital images of the scene. Cameras mounted next to the LiDAR scanners acquire thousands of high-resolution 2D color images of the same terrain.

“LiDAR is faster and safer, and it’s better quality,” says Paul DiGiacobbe, director of strategic technology-incubation for HNTB. “We’re able to respond much more quickly. We’ve got our finger on the pulse much better than in the past.”

First and foremost the LiDAR revolution offers a productivity jump in surveying efficiency. But it also may help VDOT manage routine operations more effectively by making it easier to inventory road conditions. And in the long run, it could have a profound impact by supporting a strategic shift from conventional highway contracting methods to a design-build paradigm.

Traditionally, VDOT designed projects in-house and then put the jobs up for bid. Taking place in sequential steps, work took a long time and was subject to cost overruns. Under design-build, the contractor can perform design and construction work simultaneously, which cuts time and costs. The ability to compress construction schedules potentially could save Virginia taxpayers tens, even hundreds, of millions of dollars in the years ahead.

For Fluor Transurban, estimating the cost of the upgraded Interstate was a complex task. Plans call for reversible High Occupancy Toll (HOT) lanes running 29 miles along I-95 south of the Capital Beltway. Under a preliminary agreement negotiated with the commonwealth of Virginia, Fluor Transurban will convert existing High Occupancy Vehicle (HOV) lanes to HOT lanes, extend the express lanes down the Interstate median, widen some lanes and make a variety of other improvements.

Gathering the data was made significantly more efficient by the use of mobile data-collection techniques. The Woolpert team set up “tie points,” or registration points, at intervals along I-95 so the LiDAR data could be properly aligned. After that, a single van with an Optech LYNX Mobile Mapper mounted in the back bed drove up and down I-95 at highway speeds. The disruption to traffic was minimal. Surveyors minimized their exposure to speeding cars and trucks. Working within existing HOV lanes access patterns and other construction activities, Woolpert took only four days to finish.

Woolpert’s eight-person technical team used its TopoDOT™ software to extract critical information and develop 3D models for downstream engineering and design operations. TopoDOT™ is an application for MicroStation™ software, which is used by a majority of roadway design engineers.

“TopoDOT™’s function is delivering value from LiDAR system data,” says Certainty 3D President Ted Knaak, whose company created the software. “The problem with point cloud and pictures is that there really isn’t much intelligence associated with the data. Think about a digital image. Step back and look at the entire image, and you know what is exactly in the picture. Look at just a few pixels up close and, absent the context of the entire picture, you don’t know what they are. TopoDOT™ thus provides the tools for the technician to recognize and extract the intelligent 3D CAD model from the data.”

Woolpert handed off the extracted 3D CAD models to the HNTB design team. The comprehensiveness of the data was a big advantage. In pre-LiDAR days, engineers frequently sent surveyors back to take more measurements. Sometimes the surveyors could move quickly, sometimes they had other jobs in the queue. Sometimes they would get what the engineers wanted, sometimes they’d have to go back again. The back-and-forth added a lot of time and uncertainty to the design process.

“I tell people, not one of us has managed a project where we didn’t have to send the surveyor back,” says DiGiacobbe with HNTB. “It was always something: They didn’t go far enough, or they missed an edge. Everything about it was painful.”

Taking those troubles out of the job makes HNTB a much more valuable partner, he says. “It’s a much more natural way to do something.  We’re truly on the same team pulling in the same direction. … Once you master the tools, you can produce stunning results in very short order. We’re seeing things get constructed in less than half the time.”

VDOT officials also see many advantages to LiDAR and TopoDOT™. Atop the list is employee safety. “You can set up that instrumentation in areas that normally would be dangerous if you put bodies out there,” says John Lynch, regional transportation program director and VDOT’s point man for the HOT lanes project.  Also, he says, “It’s a lot faster than conventional methods and probably more accurate.”

Meanwhile, VDOT officials are exploring ways to reap even more savings. The LiDAR data is incredibly comprehensive: Not only does it capture topographical information, it provides an inventory of surfaces on the road and alongside it: the type of road material (asphalt or concrete), striping, rumble strips, potholes, signs – even piles of salt and gravel. Reed Adams, the state survey program manager, sees potential for the technology to improve operations from safety to pavement rehabilitation.

While Fluor Transurban will assume responsibility for the I-95 express lanes, VDOT maintains thousands of lane-miles of Interstate, primary and secondary roads across the state. At present, it has only one LiDAR instrument, which must be repositioned manually. A mobile scanner will cost $750,000-plus. Adams says he is methodically going about building the case for the technology. “I’m a taxpayer and I want to save as much money as we can. I want to make sure we have a good return on our investment.”