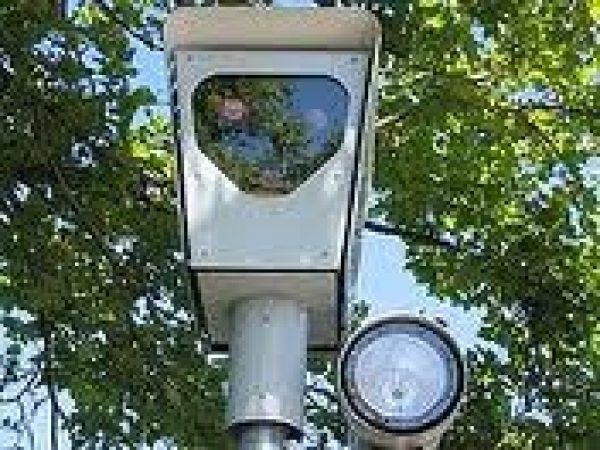 Smart traffic lights are no cure-all for Virginia’s congested road network but VDOT increasingly regards them as part of the solution.

Northern Virginia traffic was quieter than usual in the early morning of January 17. The weather forecast was calling for snow later in the day, and the Federal Office of Personnel Management had issued an alert recommending that government workers telecommute or take unscheduled leave. Other commuters were staying home, too, especially workers who worried about getting back to day care in time to pick up their kids.

Despite lighter-than-usual conditions, two traffic accidents tied up traffic along Interstate 66, and the Virginia Department of Transportation had to close off some eastbound lanes. To avoid the congestion, many motorists diverted their routes to Nutley Road and the Lee Highway. Back at the Northern Virginia operations center, VDOT employees used video cameras to keep a close eye on the changing traffic patterns.

Had the alternate routes gotten overloaded, VDOT had the option of altering the traffic-light timing: lengthening the green lights for eastbound traffic. But it wasn’t a decision to be made lightly, for it would have thrown off the careful sequencing designed to accommodate the every-day traffic. In the end, the traffic engineers decided not to to tinker with the lights. Emergency response teams cleared the accidents and driving conditions on I-66 eventually returned to normal.

Although it went unused that day, the ability to adjust traffic lights real time in response to traffic accidents or disruptive events like the presidential inauguration is a powerful tool in VDOT’s ongoing effort to keep the traffic moving inNorthern Virginia. Of the 1,300 traffic lights under its jurisdiction in the region — everywhere but Arlington County,Alexandria and a handful of smaller cities — VDOT actively manages about 900, says Xiaoling Li,Northern Virginia operations engineering manager.

However, while better coordination of traffic signals can reduce congestion, it is no miracle cure for Northern Virginia gridlock, says Garrett W. Moore, former district administrator for the Northern Virginia district who was recently elevated to statewide chief engineer. In numerous Bacon’s Rebellion commentaries, I had urged Virginia transportation policy makers to consider investing more money in “smart road” technologies like traffic light synchronization as an alternative to expensive concrete, steel and asphalt.Moore invited me to observe Virginia’s state-of-the-art traffic management facility and see what traffic-light synchronization can and cannot do.

The VDOT operations center sits in a large complex of state and Fairfax County buildings just off I-66. From the outside, it’s just another boxy government building. But inside it’s a bee-hive of activity. Entombed within the $125 million facility, a vast, high-ceilinged room houses clusters of cubicles manned by dispatchers with VDOT, the state police, Fairfax fire and rescue, and the Fairfax police. These dispatchers field roughly one million calls yearly.

The response to traffic accidents calls for close collaboration in the field. VDOT dispatches a crew to lay out traffic cones and manage traffic. When there are injuries,Fairfax fire and rescue takes control over the rescue phase. Then state troopers move in to investigate who’s at fault. Finally, when everyone else is finished, VDOT cleans up the mess.

One recent initiative reduced the crash-investigation time so roads could be cleared more quickly, says Sripathi. The operations center procured a laser scanner that enabled police to measure precise distances of the vehicles, lanes, topography and other relevant details with a quick electronic sweep — much quicker than measuring everything by hand. As a bonus, the police get a 3-D model of the crash site that is far more detailed than anything they could produce before.
VDOT oversees the traffic lights from a side room. When I visited, two employees were keeping tabs on traffic via a large overhead video screen as well as their own PCs. They had a wealth of data at their fingertips. Besides getting a visual fix on traffic flow, they tracked numbers on major corridors and compared them to historical averages, which can vary by time of day, day of the week, and season of the year.

A key decision facing VDOT is how high-tech to go with its traffic signals. There is a lot more to stop lights these days than a steel box that flashes sequences of red, green and amber. Signals are managed by controller boxes at the side of the road. Data is fed to the boxes from sensors, typically electro-magnetic loops embedded in the asphalt, but also by video image processors, microwave radar, laser radar and passive infra-red. The controllers also need to be able to communicate with the operations center, which means they must be equipped with wireless devices or hooked up to a cable line.

A VDOT rule of thumb is that it costs $250,000 to equip an intersection with a stop light, says Moore. And that doesn’t include the cost of collecting traffic data, running it through optimization algorithms and updating the light-cycle sequences, which VDOT does every two years or so.

There is a lot of buzz around the idea of “adaptive” traffic systems, in which lights can change according to real-time traffic conditions. VDOT has been conducting a series of pilot projects, both in Northern Virginia and elsewhere, and has found that the adaptive systems vary in effectiveness. The high-tech systems show the greatest gains when there is some slack and flexibility in the road network, says Moore. But the snazziest stop lights in the world can do little to increase throughput when the system is overloaded.

“At some point you come up against the laws of physics,” he says. There is a maximum number of cars that can drive through an intersection in a given period of time, no matter how you jigger the traffic lights. At some point, the only way to add capacity is to build a grade-separated intersection. Of course, the gains in capacity must be balanced against the cost of adding ramps and bridges, which can be measured in the tens of millions of dollars per intersection.

Adaptive systems also require more maintenance than simpler stoplights. They have a lot more components,Moore says, and Murphy’s Law applies. Sensors go bad, and when they do, they can throw everything off. Arlington County installed an adaptive system on Rt. 50 but decided to remove it.

That’s OK.Moore sees nothing wrong with back-tracking. “We’re still learning this stuff as we go along. There’s a lot of experimentation in Northern Virginia. … I don’t think anybody can predict one way or another what will work.”

VDOT is planning to test an adaptive system itself near the Northern Virginia Community College campus. But when it comes to applying technology, VDOT’s Northern Virginia engineers are leaning more toward what they call an “integrated corridor management” approach. The idea is to shift the focus from maximizing throughput of individual highways to maximizing throughput for an entire corridor, regardless of transportation mode. On Interstate 95, for example, that means integrating the existing I-95 lanes, tolled express lanes, bus rapid transit (BRT), car pooling, Park-n-Ride parking, Metro heavy rail, the Virginia Railway Express (VRE), parallel roads like U.S. 1, and even walking and bike sharing, says Sripathi, the operations director.
VDOT staff are just now discerning the outlines of what the future holds. When all the information systems tie together, you’ll be able to plug your starting point into your smart phone, plug in a destination, and then optimize your route either by shortest trip, the lowest cost or some combination of time and cost. The algorithm will be completely agnostic as to whether you drive, walk, ride a bicycle, carpool or take mass transit. There is a role for traffic light sequencing in this future but it is as one part of an integrated system.

Moore acknowledges that it can be extremely expensive to build new roads, especially in Northern Virginia where right-of-way acquisition costs are high. But technology can be expensive, too, and there are limits to what it can accomplish when the system is straining against full capacity. The trade-offs are extremely complex. “I’m for the right solution,” he says, “but I don’t want to jump to conclusions about what it is.”