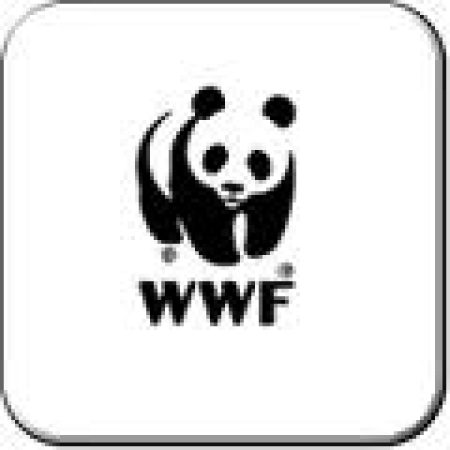 Stop the Green Smear Campaign and Save Virginia Jobs

Advocates of economic growth have often locked horns with environmental organizations. Typically the green groups claim to be concerned about water sources, suburban sprawl, or some other local matter. But growth advocates in Virginia have recently confronted something entirely new: environmental groups claiming Virginians are harming not the local environment but a region located halfway around the world!

Radical wildlife groups, including the World Wildlife Fund, recently launched a campaign against Mercury Paper, a manufacturing company located in Strasburg, Virginia. What’s Mercury done? Mercury imports  materials for use in its paper products from Southeast Asia. The green groups claim this is harming rainforests and wildlife in Indonesia and elsewhere.

Alleging this harm, the green groups have pressured Kroger, America’s largest grocery chain, to boycott Mercury. And WWF plans to pressure at least 20 additional retailers. The boycotts jeopardize jobs and economic livelihoods tied in the Shenandoah Valley that Mercury calls home. It is clear that the greens want to shut Mercury down.

But as it turns out, Mercury isn’t harming anyone or anything. Quite to the contrary, in fact. The green groups are either ill-informed, dishonest, or both.  Hundreds of good jobs hang in the balance, so the charges – and the malicious campaign – must not go unanswered.

What’s more, these plantations are the very definition of sustainable agriculture. Harnessing the latest technology, they re-grow in cycles of seven to eight years. This is exactly how forests and tree plantations should be managed.

Indeed, contrary to the claims of WWF, these source plantations have actually reduced pressure in Indonesia to use  paper fiber from rainforests that are under threat . So instead of encouraging de-forestation, Mercury is part of a sustainable market that will save Southeast Asia’s wildlife and forests.

Don’t just take my word for it. Mercury Paper and the plantations from which its supply is produced  received an A+ rating—the highest rating available for sustainability—from The Global Reporting Initiative (GRI), a leading international system to rate sustainability, which is used by major corporations worldwide.

Mercury’s supply is also certified by a number of standards including the Program for the Evaluation of Forest Certification (PEFC), the world’s largest certifier of forest products.

It’s difficult to know exactly what motivates the attacks on Mercury given the overwhelming evidence that undermines the claims leveled by the greens.  But the pain that may be inflicted on an honorable business is real. WWF’s actions are tantamount to harmful interference of private party contracts.  By interfering with the business activities of a Virginia company and one of its customers in this manner, they could put hundreds of people in the Old Dominion out of work.

Fortunately, the greens are getting some resistance from officials who understand what’s at stake.  Gov. Robert McDonnell, Rep. Bob Goodlatte, and Lt. Governor Bill Bolling have all come out in support of Mercury. All of them have written to Kroger’s management urging the retailer to work directly with Mercury to clear up any misconceptions and to find common ground.

Indeed, the Governor and others have noted a deep irony in this whole saga.  Ever since re-locating to the state, Mercury has been an exemplary ecological steward. It has abided by all the states’ environmental laws and regulations.

Gov. McDonnell and others realize something important; at a time when the manufacturing sector in Virginia has been suffering, the fight over Mercury’s future is about more than just a single company.

After all, Mercury made a bet on the Shenandoah region just a few years ago. It was attracted to the area’s experienced workforce and the state’s reputation as a friend of enterprise and entrepreneurship.

Mercury’s presence in the area has had beneficial ripple effects, too. Local businesses have gotten a badly needed shot in the arm as Mercury and its employees bolster economic activity in the region.  A new vitality is palpable in the area.

And its  presence helps with broader efforts to recruit commerce to the region.  Other firms have agreed to give the Shenandoah a second look thanks to Mercury’s decision to locate there.

All that hard work, risk-taking, and visionary leadership will be for naught if the greens’ anti-business efforts are allowed to stand. We must not let it.