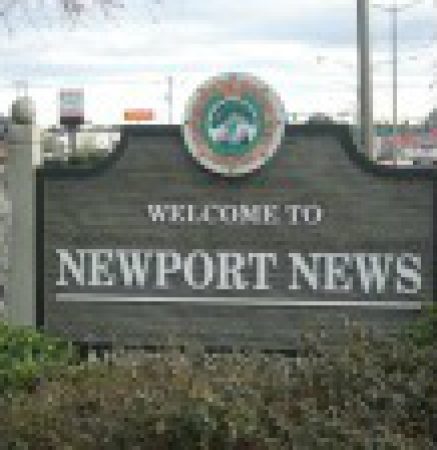 On May 27, 2010, Governor Bob McDonnell announced that Yorktown-based Orion Air Group, “one of the world’s leading operators of business aircraft,” would invest $4 million to consolidate its operations in Newport News. The project would create 51 new jobs within the next 12 months with an average salary of $81,569. According to the press release: “The Virginia Economic Development Partnership worked with the City of Newport News, the Hampton Roads Economic Development Alliance and the Peninsula Airport Commission to secure the project for Virginia.”

In the 2011 General Assembly session, Senators Tommy Norment, R-Williamsburg, and John Miller, D-Newport News, co-sponsored SB 1188, a bill that would create an aircraft sales and use tax exemption for companies that (a) were headquartered in Virginia, (b) invested at least $4 million, (c) created at least 50 new jobs in the state that paid 150% or more of the prevailing wage, and (e) entered  into a Memorandum of Agreement with the Virginia Economic Development Partnership (VEDP).

The bill passed the Senate comfortably by a 31 to 7 margin, passed the House and was signed into law.

It’s hard to avoid the conclusion that the tax exemption was carefully tailored to benefit Orion Air Group and none of its competitors.
The tax break was significant. According to an analysis by Judy Lin Bristow and Matthew C. Marshall with the Williams Mullen law firm, Virginia normally imposes a 2% tax on the lease, charter and retail sale of aircraft within the state. The tax, they write, is  “a costly expense for businesses that maintain or relocate their aircraft fleets in Virginia. For example, relocating a $40 million aircraft to Virginia has meant a 2% or $800,000 tax. “

A tax break of that magnitude would confer upon Orion a major competitive advantage over the dozens of other aircraft charter, leasing and management companies in the state.

Mike Mickel, owner of Dominion Aviation Services in Richmond and a friend of mine, tells me the legislation really ticks him off. “This company [claims] they will be investing $4M and hiring 50 employees, while companies like mine, that have been investing tens of millions and have consistently had hundreds on the payroll for over 25 years still have to pay the tax!  In 2011, new aircraft purchased for my fleet alone paid over $360K in sales and use tax.”

For that kind of money, Mickel could have worked the political system to get a similar exemption for himself and come out way ahead.
According to the Virginian-Pilot, Orion and its CEO Scott Terry has donated $3,500 to Miller, $3,000 to Norment, and $3,000 to former Del. Glen Oder, R-Newport News. Additionally, the company hired Miller as its director of community relations to oversee the company’s charitable giving and volunteer efforts.

That’s all old news to Peninsula residents. Miller’s acceptance of the position became a re-election campaign issue last fall. Republicans accused him of “trading tax breaks for a job and campaign cash” (as opposed to trading tax breaks for just campaign cash like the Republican bill sponsors did). But the story is back in the news because it appears that federal investigators are asking questions about the lobbying effort behind the legislation. Mike Wade, a lobbyist and Republican activist, told the Virginian-Pilot that he had been interviewed twice recently by Federal Bureau of Investigation agents who were trying to ascertain if the law was broken.
Regardless of whether laws were broken, the whole thing stinks. It’s another example of rent-seeking businesses corrupting Virginia’s political process and of politicians of both parties allowing themselves to be corrupted. No wonder citizens are so disgusted with politics and politicians.