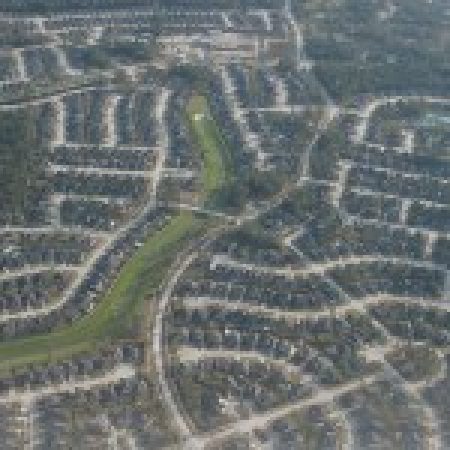 Smart Growth for Conservatives (Part 2 of 3)

by Thomas Jefferson Institute Staff  posted under Land Use

Now, let’s look at the public policies that have shaped land use since World War II and view them through the prism of conservative principles.

Land use codes. The underlying premise of zoning codes is that different land uses — residential, retail and commercial — should be rigidly segregated. Of course it makes sense to separate some land uses, in particular industrial activities that are excessively toxic, noisy, dusty or otherwise unpleasant. But for the most part, there is no rational reason for the codes. Most problems that stem from houses and businesses existing side by side can be resolved with nuisance codes.

Zoning codes breed regulations and require a government planning apparatus to enforce them. They usurp the right of property owners to do what they want with their land, telling people what they can build and where. And they deprive consumers of choice. It’s one thing to allow people to live in cul de sac subdivisions, work in office parks and shop in malls surrounded by vast parking lots. It’s quite a different thing to require them to do so as a matter of code. The suburban status quo effectively bans the building of compact, walkable mixed use communities except when developers engage in a lengthy, expensive and risky process of petitioning for special permits. There is no basis in conservative thought for discriminating against neighborhoods where people can walk to the corner store, take the bus or live in an apartment above the shop or studio where they work. Indeed, the intellectual genesis for such controls can be traced to the progressive movement.

Low densities. Many counties have imposed density limitations on new growth with the thought that they would limit the impact of development on roads and schools. But smearing 1,000 people over 1,000 acres of land is impossible to provide with roads, utilities and services as efficiently as if they were concentrated in 100 acres, or even 10 acres, of land. Fiscal conservatives should object to such inefficiency. And property rights advocates should object to the restrictions placed on what property owners can build on their land.

There is one caveat here that is important for subsidy-loathing conservatives to bear in mind. While people should be free to build wherever they want, they have no claim to the full panoply of government services — roads, water, sewer, schools, public safety, etc. — in remote, inefficiently served locations at the same prices as those services are available to others. Property owners should bear the full location-variable costs of where they build.

Leapfrog development. Leapfrog development makes human settlement patterns even more inefficient by scattering subdivisions, shopping centers and office parks across the countryside, leaving large holes in the urban fabric. Scatteration is more expensive to serve with roads, utilities and public services than compact development. This phenomenon, along with segregated land uses and density downzoning, drives up the cost of local government and transportation.

Why does leapfrog development occur? It is not the result of the “natural” workings of a free market. There are two driving forces. The first is the willingness of state and/or local local governments to subsidize the road improvements needed to serve them with public funds. A political economy has evolved in which developers and landowners contribute major sums to state and local elected politicians and then seek favors from them. This is the rent-seeking culture of Washington, D.C., writ small. The second arises from “anti-growth” politicians reacting to the rising cost of public services by restricting new development, even responsible development, in their jurisdictions. Developers then build projects in friendlier jurisdictions, typically farther from the urban core. Thus, the foes of sprawl in one county push it into another. Neither pro-developer subsidies nor anti-developer zoning restrictions should be palatable to conservatives.

Parking mandates. Zoning codes mandate minimum parking requirements in an indiscriminate manner, as if homeowners, shopping center developers and employers couldn’t judge for themselves how much parking they need. Because parking is mandated, property developers have no incentive to economize on space or to achieve synergies between land uses that experience peak parking demands during the day (offices) and the evening (residences). The result is a vast excess of mostly empty acreage devoted to parking. This parking is expensive, driving up the cost of development, and it pushes buildings farther apart at the expense of walkability. Parking mandates should be odious to every conservative who opposes unnecessary regulation.

Transit monopolies. Virtually every mass transit enterprise in the United States loses money, representing a drain go the taxpayer. One can argue that transit deserves its public subsidies because it provides public goods such as transporting poor people to work, reducing automobile emissions, and the like. But there is no avoiding the fact that, by private sector standards, transit companies are woefully inefficient.

«
Virginia Manufacturing on the Rise»
The EPA’s War on Virginia