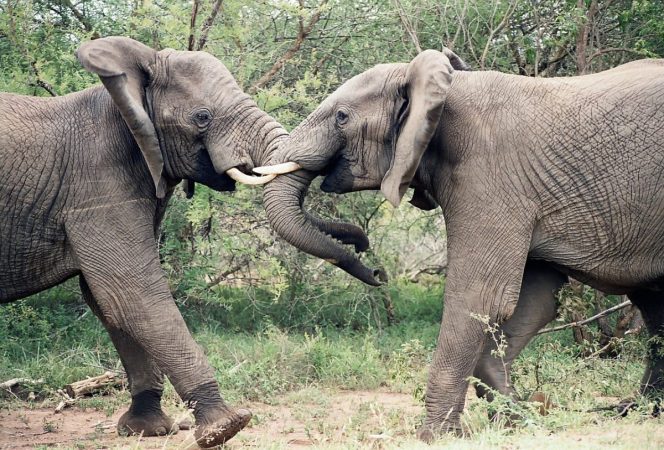 The Virginia House of Delegates is expected to vote this week to exempt certain Virginia manufacturers, which ones to be determined later, from the coming wave of energy costs created by Virginia’s rapid transition to unreliable forms of power generation.

House Bill 1430, sponsored by Delegate Lee Ware, R-Powhatan, mirrors a similar failed effort from the 2022 General Assembly.  It was approved in the House Commerce and Energy Committee Thursday on a party line 12-10 vote, with only Republicans in favor.   The likelihood of a similar partisan divide is the bill’s biggest challenge in the Virginia Senate, because Democrats hold a majority there.

Supporters are correct in noting that the higher energy costs on the way will stress the manufacturing sector and create a strong incentive for some of these companies to either leave Virginia or spend any expansion dollars in states – or foreign countries — with lower energy costs.

Opponents are equally correct in noting that if that many large energy users no longer have to help pay for projects such as Dominion Energy Virginia’s coming offshore wind project, with $10 billion now the low-end cost projection, it will substantially raise the costs of those who cannot evade the bill.  It simply shifts the costs.

And this is something Democrats apparently understand because they have already done exactly the same for a group they want to protect, low-income households.  That group won’t pay for the wind project either.  When Democrats passed the 2020 bill mandating the massive wind project, they included a provision to exempt those residential households which will be part of the Percentage of Income Payment Plan (PIPP).  How many that will be is yet to be determined.

The PIPP energy subsidy for low income customers is also funded by a separate charge on electric bills.  Ware’s new legislation will save the manufacturers from having to pay for that, as well, providing a second boost in shifted costs upon homeowners and businesses who get no exemption.

This is the dominant theme of energy policy in Virginia today – everybody must look out for themselves.  Another example:  customers of Virginia’s many regional electric cooperatives were also exempted from paying for the wind project.  They won’t have to pay for the additional cost of the wind project when they buy power wholesale from Dominion.

In its promotional material, the Virginia Manufacturers Association points to cost projections from both the State Corporation Commission and the utility itself:

According to an SCC order last year, Dominion Energy’s residential customers may pay 46% more for electricity by 2035. Dominion Resources own 2020 Integrated Resource Plan projects that between 2022-2036 their compounded retail rate will increase anywhere from 21.21% – 46.61%5. This does not include the Grid Transformation & Security Act, Coal Ash, Undergrounding, RGGI, PIPP or other riders/costs the legislature has passed in the last few years that will compound cost increases.

The SCC has also stated in a recent order that the Coastal Virginia Offshore Wind project alone would cost 78 cents (per) kWh or 26 times the cost of purchasing energy from the market. In a recent SCC settlement, this project was approved to substantially exceed its original cost estimate.

It addressed the issue of cost shifting by arguing that will still happen if the factories in question close or leave, causing far more economic hardship than just higher home electric bills.  Again, that is perfectly true.

Should the bill pass as written, it would not cover all companies that can make the argument they are especially vulnerable to higher energy costs.  The exemptions are limited to 200 megawatts in aggregated demand for Dominion’s territory, and 40 megawatts of aggregated demand among industrial customers of the Appalachian Power Company in Western Virginia.  Which companies make the cut will be fought out in front of the SCC.  It could end up being a short list of very big companies.

A story on the bill in the Richmond Times-Dispatch translated Dominion’s 200 megawatt ceiling as equivalent to 180,000 residential accounts.  Think of every home in the City of Richmond, for example.  The PIPP customers exempted from paying for the turbines might equate to another major city.  Perhaps before the session ends somebody will get the SCC staff to produce some real numbers on the impact on the rest of us.

In testimony on Ware’s bill, a Dominion vice president said the company endorsed it, and a lobbyist for Appalachian said that firm had no position, but with a couple more tweaks might add its support.  While APCO does have some major green energy project costs coming, which its big customers might want to avoid, it has nothing comparable to Dominion’s wind and solar ambitions.

In the giant political trading marketplace that Virginia energy policy has become, both Dominion and Appalachian have goals they want to accomplish this session.  Dominion’s new rewrite of its regulatory process, discussed here last week, is now formally introduced as House Bill 1770.  Appalachian has filed an even more dramatic revision to the rules, a breathtaking escape from SCC oversight.  See House Bill 1777 and Senate Bill 1075.

Even Governor Glenn Youngkin (R), reported as taking no position on the Dominion regulatory scramble, has something he badly wants that may need utility support to pass.  His ambitions with regard to small modular nuclear reactors are fleshed out in House Bill 2333.  The bill is clearly drafted to favor Dominion as the entity that would develop such a multi-billion dollar project over the coming decade.

So we have something brewing that’s good for manufacturers, other bills likely to enrich Dominion and Appalachian stockholders, and a high profile project that a governor clearly desires.  The absence from this game of average ratepayers or someone fighting for them, be they homeowners or small businesses, is obvious.  The inviolable rule of legislative politics is, if you are not at the table, you are on the menu.