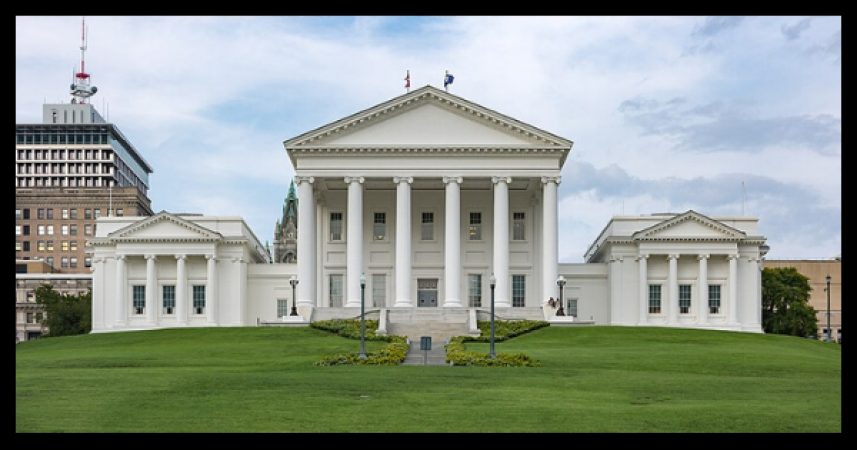 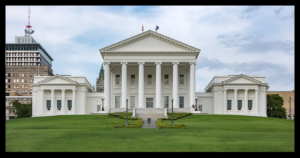 In 2020 the Virginia Assembly changed a decades-old law and allowed local governments to collectively bargain with most public employees. The law went into effect on May 1, 2021 and gives “a county, city, or town… [which includes] any local school board” the ability to adopt a local ordinance or resolution to allow them to bargain with government unions.

As a result, multiple counties, cities and school districts debated and are passing ordinances giving government unions a monopoly on representing public employees. Many of these verge on violating Virginia law or the rights protected by the United State Constitution.  They also put special interests ahead of individual public employees and taxpayers.

While the law may and should eventually be repealed in Richmond, there are steps that law makers and the Youngkin administration can take to protect the rights of public servants.

The first is to protect the constitutional rights of public employees across the Commonwealth.

Several ordinances allowing government unions to collectively bargain also require public employers to deduct union dues from public employees’ paychecks. There are no provisions informing public employees about their rights before agreeing to pay dues, which is being permitted without even a physical signature. Worse those employees can be locked into paying union dues for up to a year.

Public Employees in Virginia have both a statutory right to choose to pay union fees or not through the state’s right to work law and, like all public employees across the country, a First Amendment Right thanks to the Supreme Court’s decision in Janus v. AFSCME.

Right-to-work simply means that a union cannot get a worker fired for not paying them. Further, Janus held that everything government unions do is political, and because of that, public employees have a First Amendment Right to decide for themselves whether or not to pay union dues or fees.

Further, to prevent fraud or misunderstanding, the employer should affirm the wish of the employee by confirming with the employee through email or other means that he or she wishes to have dues taken out of his paycheck.

On the West Coast there are multiple examples of unions forging workers’ signatures on dues authorization forms. The Freedom Foundation of Washington has several lawsuits challenging these forms.

This will help prevent fraud or signatures forged on dues authorization cards which is the subject of several West Coast lawsuits.

To ensure that public employees wish to continue this deduction, this authorization should be renewed annually but public employees should not be limited when they can opt-out of the union and opt-out of paying dues or fees. Local ordinances or state law should be specific that employees can opt-out of the union at any time without paying any more dues. Workers should have the right to leave a union, and to stop paying union dues at any time.  Some ordinances already enacted limit that right.

Recommendation: Union democracy should be protected.

Public employees should have the right to regularly vote on the union that represents them at the workplace. No local ordinance that has been enacted or proposed includes this right.

For this reason, every two years public employees should have the right to vote to keep the union that has a monopoly representing them at their job, to remove it, or change to another union. Several states have passed laws protecting the right of public employees to regularly recertify the union at their workplace.

When a union is up for recertification the union would need affirmative votes from a majority of all employees in the unit (not just union members) and the election should be conducted by secret ballot as required by Virginia law; however, for recertification elections the votes may be electronic, by phone, or other means that protect the secrecy and accuracy of the election.

Union recertification empowers public employees to choose the representation at their workplace and prevents unions from becoming an heirloom, where employees vote once and the union stays for a generation or longer. In other states with older public sector collective bargaining laws but without union recertification, the vast majority of public employees were hired without ever having a say about which union represents them.

The cost for the electronic elections is also economical, according to a 2015 study by John Wright, a former labor policy researcher at the Show Me Institute in Missouri. Wisconsin’s annual recertification process averages just $1.50 per vote and the cost is paid mostly by union filing fees.

Recertification should also not prohibit the ability of employees to petition to remove the union at their workplace. Again, both certification and decertification procedures are required by Virginia’s collective bargaining law and will be necessary in any ordinance or resolution. Decertification should follow the same guidelines as initial certification where 30 percent of employees sign a showing of interest petition to remove a union and there is a secret ballot vote. Some of the local collective bargaining ordinances already enacted make it much easier to certify a union then to remove one. These ordinances allow unions to organize with a majority of those voting in an organizing election but removing the union requires a higher threshold by a majority of everyone the union represents.

Additionally, employers should also be allowed to instigate a decertification election if they have a good faith belief that a union’s membership has dropped below 50 percent. This can be accomplished by calculating the number of employees having dues deducted from their paychecks compared to the number of employees the union represents.

Release time is the practice of public employees who are also union officials getting paid their taxpayer-funded salary to conduct union work while on the job. Employees who need to do union work during business hours should be given time off that is either unpaid or is counted toward their vacation hours.   Monetary compensation should come from the union, not the taxpayers.

A Yankee Institute study by Trey Kovacs reported that in Connecticut “taxpayers subsidized state employee unions with 121,000 hours of paid time off [in FY 2015], costing $4.1 million”

Every ordinance that has passed allowing public sector collective bargaining includes a provision allowing for taxpayer funded release time. However, the practice is not new in Virginia. For example, even before government unions had the ability to bargain in Fairfax both the county and the school district allow for release time.

Similarly, if unions are using employer office space or supplies, they should be charged the fair market value of such space and the office equipment they use.

These recommendations and more are included in Thomas Jefferson Institute’s toolkit “Virginia Collective Bargaining: Recommendations and models for local collective bargaining in Virginia” available at https://www.cbatoolkit.com/ . Print copies of the Toolkit can be requested at Thomas Jefferson Institute 7011 Dreams Way Court, Alexandria, VA 22315 or via email at info@thomasjeffersoninst.org.