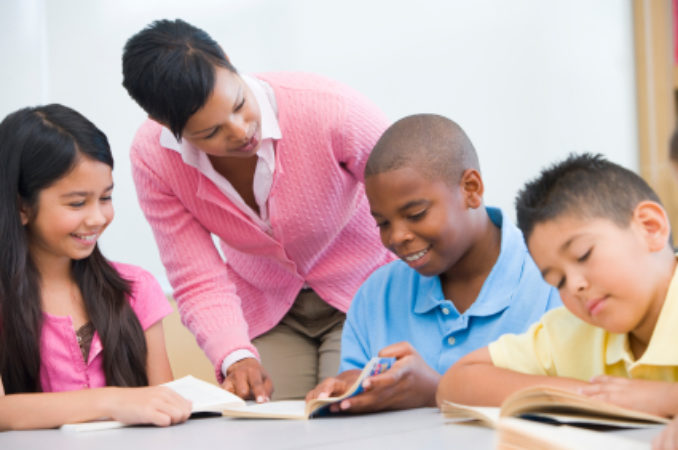 A Bold Reform for Education Funding

(Author’s Note: Eight years ago, we suggested incoming Governor Terry McAuliffe pursue a bold education funding reform that would modernize and supercharge Virginia’s education infrastructure.  He chose not to.  We offer it again, verbatim, to Governor-elect Glenn Youngkin … because we believe the idea crosses ideological lines and party divides and would represent the first full-throated reform of Virginia education funding in decades.  Judging from his appointments, Mr. Youngkin has been more than willing to move beyond “business as usual,” and that tendency portends well for the Commonwealth.)

So what does Governor-elect McAuliffe want to be remembered for when he walks out of the office?

How about reforming K-12 education through “Weighted Student Funding?”  This is a concept attracting attention from Governors as diverse as Jerry Brown (D-CA) and Rick Snyder (R-MI), and policy analysts from Ronald Reagan’s Secretary of Education Bill Bennett to John Podesta, who chairs the center-left Center for American Progress.  Here’s why –

Johns Hopkins professor Dr. Susan L. Aud summarized Virginia’s education funding formula like this:  “To determine the Basic Aid associated with each student in a school division, the maximum number of teachers the state will fund for each grade level in each division is calculated, based on the ADM (Average Daily Membership) and pre-determined guidelines for the minimum and maximum number of students per type of teacher.  The average salary for each type of position is then multiplied by the number of positions required by the enrollment to arrive at a total allowable salary cost.  This number is divided by the number of students to derive an average Basic Aid dollar amount per ADM, known as the Basic Aid PPA.”

If you’re confused, you’re not alone.

This formula is intended to fund Virginia’s Standards of Quality (SOQ).  Created more than 40 years ago, when Virginia was finally coming out of the segregation era, the SOQs were designed to ensure an equivalent standard of quality inputs:  textbooks, teachers, principals, and other instructional components.  The formulas funded those inputs:  If you have “x” number of students, you need “y” number of teachers.

But the world has changed in 40 years.  Educating low-income, highly mobile, Limited English Proficient, or disabled students simply takes more, and our funding formulas fail to recognize that harder (and more expensive) task.

Worse, while principals and teachers are now held accountable for their results, they have little control over how money is used at their school or in their classroom.  How school dollars are spent is decided elsewhere, using complex budgets and allocations that leave educators, parents, and taxpayers in the dark.

This gives us with the worst of all worlds – expenses that can’t be tracked or understood, funds that don’t reach the targeted populations, and an inflexibility both archaic and inefficient in a 21st Century world.

A “Weighted Student Funding” mechanism is designed to provide increased budget transparency, local school flexibility, and targeted resources.  Details differ around the country, but it operates on five fundamental principles –

The idea is simple:  Determine a dollar value for each student.  Make it higher for students requiring more help.  Drive those dollars down to the school level, empowering school-based leadership to decide how best to spend the funds educating the students.

By putting resources for decision-making at the school level, principals can do for children what’s needed at their school, not what’s decided at the division level.  If one school needs more tutoring, or another needs an additional aide, or a third needs more teacher training for new teachers – the school chooses, rather than a “one-size-fits-all” central office decision.

To be sure, there are plenty of questions:  Which decisions should be centralized? Which should not?  How much weight should be assigned to different student categories?  Should local funding be included, and how?  Will any school divisions “lose” state funding under such a system? How can they be “held harmless?”

But that’s precisely why the time to think about such a reform is now—not in the third year of an Administration.  A blue-ribbon panel – with experienced national experts as well as state leaders well-versed in the current system – can start exploring the idea with a long-term deadline that looks over the horizon of the next legislative session.  Finding a solution shouldn’t be limited to a political deadline.

It’s time to put reform of education funding on the table – not with a timid “nibble around the edges” discussion but with a major overhaul that merits full-throated debate and recognizes the demographic and social forces confronting education in Virginia.

Getting that done would be a notable accomplishment, and one worth being remembered for.