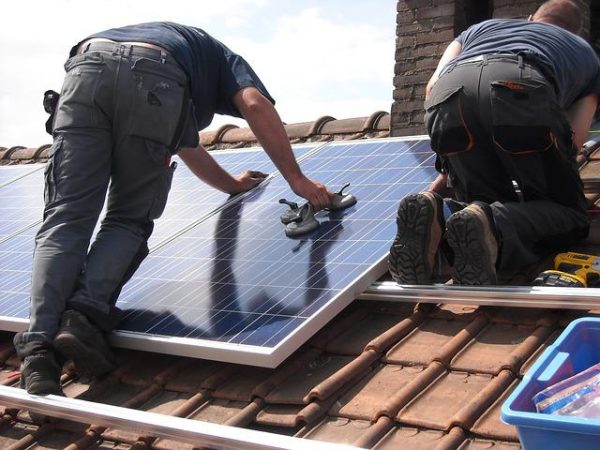 A funny thing happened on the way to the Senate. It is all about the so-called Inflation Reduction Act (IRA), which really should be named the Inflation Act. Only Democrats can believe that raising taxes reduces inflation.

The Democrats writing the IRA decided that since tax credit subsidies do a good job of promoting renewables and electric vehicles, they should do more. They should promote things like union wages, mining and manufacturing, which have nothing to do with climate.

Think of it as social engineering squared. In the vernacular this is called “mission creep”. A program designed to do one thing tries to do something very different, often unsuccessfully.

In the process the tax credit rules have become very complex. The funny thing is that these complexities may actually stifle the growth of renewables and EVs.

Let’s just look at renewables and wages. The IRA takes a two step approach. First it cuts the tax credit subsidy by 80%, which is certainly not going to promote growth. In fact it could eliminate growth entirely since most developers of big wind and solar projects are only doing it because of the subsidies.

Step two then restores the tax credits under certain specific circumstances. Chief among these is that the construction of the project must be carried out entirely by contractors and subcontractors that pay all their laborers and mechanics what are called “prevailing wages”.

This sort of prevailing wage requirement is common for certain federal projects so the concept is well established. It typically means union wages, which can be significantly higher than non union contractors pay. Biden has repeatedly bragged about creating union jobs and this is what he is talking about, even though the word “union” is not used. The required amount of such wages is determined by the Secretary of Labor on a local basis.

Wages have nothing to do with climate and this is a wide ranging new requirement for the industry. Implementing it will be difficult and may create some serious problems. This is especially true because subcontractors are included, making the scope quite large.

An elaborate certification process will likely be necessary since large amounts of money are at stake. A single subcontractor not paying enough wages could get all the tax credits cancelled. In addition there are hefty financial penalties.

A bigger problem may be that some, or even many, potential contractors or subcontractors will not want to increase their wages just to work on a renewables project. Finding those that will could seriously delay a project, or even render it unworkable.

Here is a theoretical example. Wind tower foundations take a great deal of concrete. This might mean contracting with a firm to set up and operate what is called a batch plant, which makes concrete on site. Given that wind arrays are typically built in remote areas the number of available blanch plant contractors could be quite small. They might not want to up the wages they pay just for this project.

Then too, the subcontractors in this case include the cement maker, gravel vendor, and maybe a water seller that supply the batch plant, possibly also one or more trucking firms to deliver the stuff. Each of these firms would have to determine and pay the prevailing wages, which some might not care to do.

With solar there is a lot of site work, including timbering, earth moving, road building, assembly, erection, etc. and this could get truly hairy. With offshore wind there may well be foreign contractors or subcontractors, since that is where the technology comes from. How the wage rules apply to foreign companies could be a problem. If suppliers are considered contractors and subcontractors it gets really hairy. Stuff from China for example.

This is the problem with prescriptive social engineering that is essentially voluntary. People can decide not to do it.

On top of this there is another problem that is potentially much bigger. The law says that if there is a low wages noncompliance the cancellation of the credits and the penalties are both on the taxpayer. But many of these tax credits are sold to people with big incomes and firms with big profits.

In this case it is the buyers using the credits that get hammered, not the wind and solar companies that sold them the credits. Every buyer is at risk that it will later be found out that some subcontractor failed to pay the official prevailing wage. They could lose their entire investment plus be subject to serious penalties and interest. That is a lot of risk.

This new risk has got to have a seriously chilling effect on the market for renewables tax credits, which could greatly reduce the growth.

Moreover under the same IRA the IRS is being heavily funded to greatly increase its audits of big ticket taxpayers, which the renewables tax credit purchasers undoubtedly are. This makes the risk even greater. How this risk can be reduced remains to be seen.

In this case the audits should include the wages paid by the contractors and subcontractors, since the validity of the tax credits depends on these wages. This might be another reason why firms might not want to work on renewables construction projects, especially small businesses that cannot afford audits.

In short, turning the renewables tax credit program into an instrument to raise wages and support unions might wind up seriously hurting the industry. The new complexities and risks are daunting at best. Chaos is likely in the short run. Stay tuned.

A version of this commentary originally appeared on the Committee for a Constructive Tomorrow website. Dr. David Wojick is a civil engineer and cognitive scientist and a Visiting Fellow with the Thomas Jefferson Institute for Public Policy. He may be reached at info@thomasjeffersoninst.org.

«
Most of $3.2 Billion State Surplus Already Spent»
Dominion Will Only Build Wind Farm If Risk is on its Consumers