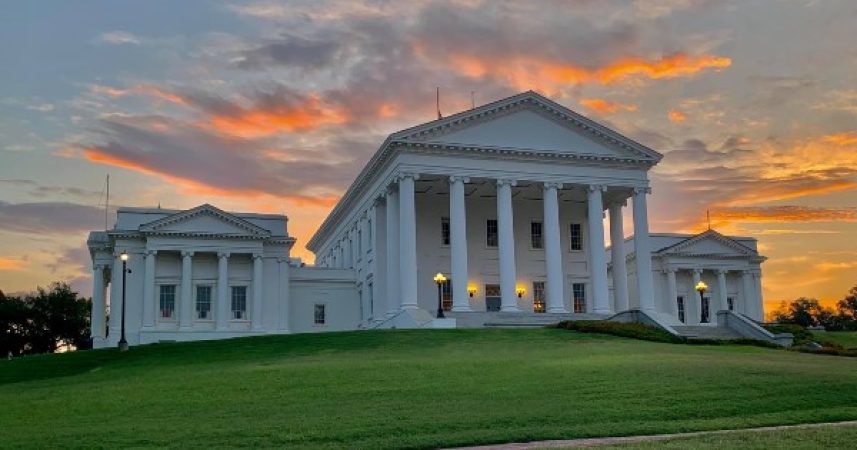 Less than 18 months ago, in April 2021, the Virginia General Assembly and then Governor Ralph Northam (D) agreed upon a set of revenue assumptions and spending plans and adopted a budget for the coming two fiscal years. As of June 30 of this year, ending the first of those two years, tax revenues turned out to be $6.2 billion higher than that projection.

How much of that $6.2 billion is coming back to Virginia taxpayers? Less than 20 percent of it, about $1 billion, in rebates due in a few weeks. In reality, that $1 billion was pulled from the surplus from the prior fiscal year. The additional, unexpected $6.2 billion for Fiscal Year 2022 has been spent, will be spent, or is being parked in the state’s reserve funds to sustain future spending.

The massive explosion in state revenue has mainly resulted in additional state spending. Yes, the 2022 General Assembly agreed to several future tax reductions, reducing future revenues, but it did so assuming that the new, higher level of state spending would still be protected. If Virginians really want to pay less in taxes, slowing down the spending growth is the first goal.

Every August the legislators come to Richmond to hear the Governor, now Republican Glenn Youngkin, announce the financial results from the fiscal year just ended and outline plans for the coming months. The underlying data follows a set format, but each administration can change focus or emphasis and it can be interesting to see how things are packaged.

A key point to remember: This discussion focuses on the general fund, fed by state taxes. With one exception there is no mention of the non-general Fund side of the budget, which has exploded even faster due to grants and transfers from the various federal COVID packages and could be producing surpluses as well.

The April 2021 budget mentioned above was then adjusted by the 2022 General Assembly, which could see the revenue wave starting. Even that adjustment, approved just three months ago, proved to substantially underestimate tax revenues and transfers by $2 billion.

Governor Youngkin also revealed, and not all governors mention this, that another $1.2 billion allocated to the various agencies of government had not been spent by June 30. He added it to the unexpected revenue. From his prepared remarks on August 19:

But I am incredibly proud to share – and hope Virginians will be proud to hear – that our state government spent roughly $1.2 billion less than was appropriated by the General Assembly. And the combination of the roughly $2 billion in unplanned revenue and the $1.2 billion dollars of unspent appropriations resulted in a $3.2 billion dollar cash surplus at year end.

He then went on to explain, for those listening closely, that most of the surplus was already appropriated before he ever got to that podium. (You can read his prepared remarks here.)

The $1.2 billion the agencies didn’t spend is already reappropriated, “carried over” for the new fiscal year (one reason many governors don’t count that when they announce a “surplus”). Another $900 million is earmarked for the constitutional reserves. Almost $600 million will go to items the General Assembly approved contingent upon a surplus being achieved.

If that $600 million was spent in advance, should it even have been included in any claimed “surplus” or “unplanned revenue?”

A real surplus – what in the business world might be called free cash flow – is almost impossible. This is a situation legislators and governors from both parties have created. Legislation and constitutional provisions automatically earmark unexpected revenue. That is all the more reason Governor Youngkin’s decision to set aside $400 million for future tax relief is noteworthy. That might actually count as a real surplus, but the other $2.8 million is already gone.

Whether there is any additional tax relief next year will depend first on how the economy is faring six months from now, and there are signs in Secretary of Finance Stephen Cumming’s presentation (the slides are here) that inflation and the Federal Reserve’s efforts to crush it are dampening Virginia’s prospects.

Last year, when Governor Northam announced that general fund surplus, he also noted a large amount of extra revenue collected by the separate Commonwealth Transportation Fund. Not so this year. The state tax sources that fund the non-general fund transportation activities missed their most recent revenue projections by $32 million. Neither Governor Youngkin nor Secretary Cummings mentioned that shortfall, which is mainly due to lower fuel consumption, a possible recession signal.

Back on the general fund ledger, other tax sources which are economic bellwethers are stagnant. Recordation taxes went down in 2022 compared to 2021. One category of taxes on alcohol consumption shrank while another grew, but barely, at a rate far lower than inflation. The sales tax growth of 9 percent reflects mainly inflation, so good news for the state there is bad news for consumers looking at higher prices (which also hit government, remember.)

The categories where revenue has exploded beyond expectations include the corporate income tax (up 110 percent in three years) and those elements of the personal income tax where business income is reported and taxed for individuals. Business owners, including investors, do not have tax withheld on income but make quarterly payments. Those non-withholding collections were up 71 percent between 2019 and 2022.

Non-withholding revenue, refunds and corporate income taxes are the most sensitive to the business climate, the most likely to actually take a dive in a recession, and the most likely to be trimmed if the recent Congressional tax increases tighten business profits.

One good thing about unexpected revenue is that it is unexpected. Therefore it is not baked into the next year’s revenue assumptions, creating a new floor. Yes, the 2022 General Assembly pre-spent $600 million of it, but on one-time expenses, not base budget items. The fiscal year we are in now, which ends June 30, 2023, assumes basically the same level of General Fund revenue $24.8 billion) as was collected in Fiscal Year 2021.

The current politically divided General Assembly will only consider additional tax relief if the revenue needed for the spending side is assured, probably with a healthy adjustment for additional inflation. That will come first, and a realistic assessment of the state’s business climate indicates even that could be a challenge.

Stephen D. Haner is Senior Fellow with the Thomas Jefferson Institute for Public Policy.  He may be reached at steve@thomasjeffersoninst.org.