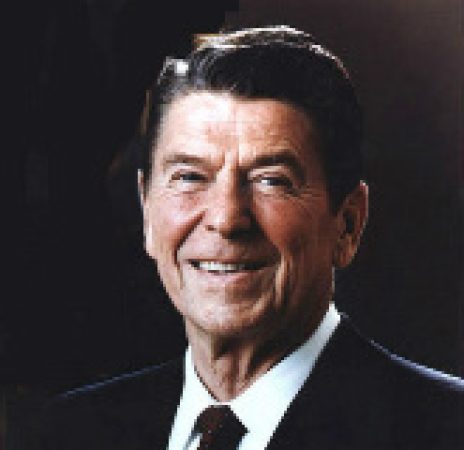 It was an honor to know and work for Ronald Reagan, whose 101st birthday we celebrate this month. I “cut my political teeth” working for him in West Texas in 1976 and 1980, running for the U.S. House at his suggestion in 1978, and later serving in his administration in several executive positions.

I was very fortunate to meet with him numerous times both in private and public meetings, and there are two – of many – specific lessons that I learned from him that are enormously important today in 2012. They’re timeless actually.

First, know what you believe; and believe what you know. And be ready, willing and able to tell that story. I learned from Ronald Reagan that in politics the narrative is everything. The reason he could so compellingly explain to his fellow citizens the reality of economic consequences, the nature of evil, the noblest call of human liberty and dignity, and the Divine hand of the Creator in both our national and personal life, is simply because it was in his very soul.

He spent decades studying and conceptualizing his beliefs. So when he went before the public arguing that a bloated, government-run welfare state stripped human dignity out of individuals, and left them to the least that is in them, not the best that liberty could afford them, American’s responded to the conviction and the truth of his narrative.

When he said that our problems are not caused by too little spending, but by a predictable desire of a self perpetuating bureaucracy to take from the individual and consume for themselves, the truth struck like a bell.

When he described the “Evil Empire” and its political offspring that sought to corrupt God’s sovereign gift and enslave a world to a dark idolatry of the state, free men and women knew instinctively that his narrative was beyond human truth.

And when he spoke of the gift of human life, it was not a piece of DNA, but a life hand crafted by God.

Today, we suffer the “sound-bite conservative” in the political world. Too many of our politicians are men and woman of the moment. They throw around catch-phrases like “free markets” and “free trade” and “pro-life” like party favors. But you know in your heart they are just spouting words they think you want to hear, not the truth you need to hear. They simply don’t have a whole narrative in their souls; and whatever they believe today, can change by a poll tomorrow.

If the modern conservative movement wants to be freshly relevant – if we want to rescue our faith, our culture, our economy and our liberty – then we will become studied expositors of the narrative. We will tell the American people why we believe what we believe. Not reluctantly, not apologetically, and not with one eye to the political calculus.

Ronald Reagan’s narrative spoke to the American spirit like a song-bird sings to the world; he told both the Truth – and the truth.
The second thing I learned from Ronald Reagan was to speak to the future, not the past. He was a very practical man. He certainly used historical and factual stories from the past as guideposts, markers and warnings. But he led his countrymen by an optimistic vision of what God promised us we could be. Always in his narrative was the causal lightness that we took ourselves too seriously, and that there was a streak of common sense and ingenuity that ran in the American character – because liberty revealed it in us. God’s grace invited it. Our natural humor welcomed it.

Men look better after the years pass. We forget the turmoil and angst of Washington’s trek across the frontier of Revolution. We forget Lincoln’s foibles, mistakes and dark moods. So too, perhaps we shall paint a portrait of Ronald Reagan without some of the blemishes of his life because we want to only remember the best of him. But blemishes are not what make great men and women. Ronald Reagan was without serious question one of the giants of the twentieth century. We do him, nor ourselves, any wrong to pass by his blemishes, and celebrate his greatness.

As I go to sleep at night, my prayer is that our beloved America shall soon see another great leader for the young twenty-first century.