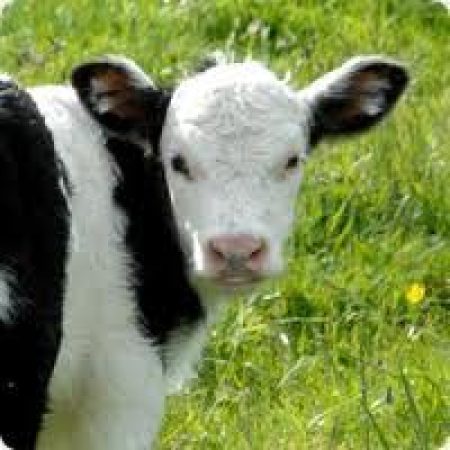 “The present system of producing food animals in the United States is not sustainable and presents an unacceptable level of risk to public health and damage to the environment, as well as unnecessary harm to the animals we raise for food.” In other words, concentrated animal feeding operations should be eliminated. This may come as a surprise to some of you.

The quote sums up a recent report by the Pew Commission on industrial farm animal production. The two-year study was funded by the Pew Charitable Trust through a grant to Johns Hopkins Bloomberg School of Public Health.

The report, entitled Putting Meat on the Table: Industrial Farm Animal Production in America, serves as a road map for what Pew believes is wrong with animal agriculture.

Flawed report
The Federation of Animal Science Societies and the American Veterinary Medical Association agree that “…there are significant flaws in the Pew report.”

Both organizations claim the Pew Commission did not ensure an unbiased work product and was quite critical of the Pew report, claiming that it did not “…incorporate the findings and suggestions of a significant number of participating scientists.” Putting Meat on the Table report is a 106-page document that is opposed to the way animal agriculture is conducted in the United States.

Notwithstanding criticisms of the report, it is important to review Pew’s views.

The chapter on public health, beginning on p. 11 of the report, declares that industrial farm animal production (IAFP) are concentrated in areas that can affect human population centers, produces animal waste which harbors a number of animal pathogens and chemical contaminants, and is usually left untreated on the fields and raises the potential contamination of air, water, and soils.

The report says that farm animal waste runoff is “…among the suspected causes of a 2006 Escherichia coli outbreak involving spinach leaves in which three people died and nearly 200 were sickened (CDC, 2006).”

The only problem with this statement is that it is misleading at best and partially false at worst. An FDA news release on March 23, 2007, described FDA’s inquiries into the 2006 spinach leaves E. coli contamination case. FDA concluded that the potential environmental risk factors included E. coli contamination at or near the field “…included the presence of wild pigs, the proximity of irrigation wells…and surface waterways exposed to feces from cattle and wildlife.” This is just one of many misleading statements made by the Pew report.

The report says there are four epidemiological studies that demonstrate strong and consistent associations between IFAP air pollution and asthma. These studies show, according to Pew, a high prevalence of asthma among farm children who live on farms raising swine. Pew also claims children living within three miles of an IFAP facility “…had significantly higher rates of doctor-diagnosed asthma and use more asthma medication, and had more asthma related emergency room visits…than children who lived more than three miles from an IFAP facility.”

The report does suggest that these children most often lived in homes where the parents smoked. While talking about industrial animal operations causing asthma there is no suggestion that the researchers looked at indoor environmental factors associated with asthma, such as nitrogen oxide coming from cooking with gas stoves. Medical News Today states that “people who cook with gas are more likely to have symptoms such as…asthma attacks and hay fever.”

Further there is no suggestion in the report that the studies looked at indoor allergens of animal proteins such as dog and cat allergens, dust mites, cockroaches, and fungi. All of these factors may have been addressed in the four studies listed in the Pew report, but the conclusion was that air pollution from IFAPs causes respiratory symptoms, disease and impaired functions.
The public health section ends with conclusions that productivity of animal agriculture has contributed to public health concerns. These concerns include occupational and community health impacts coming from the gases and dust from animal production operations which you and I would call a CAFO.

Pew concludes its chapter on public health saying, “The Commission’s recommendations in this area are intended to bring about greater public protection without imposing an undue burden on the animal agriculture industry.”

«
A Bold Reform for Education Funding»
Historical Overview of the Standards of Learning Program: Part I