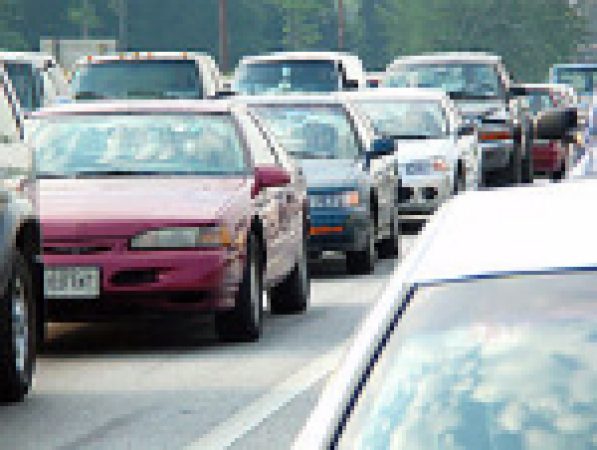 (This article first ran in Surface Transportation Innovations.) Transportation is not an end in itself; it’s a means to other ends, such as getting to and from work. Taking this point to heart, a growing number of researchers in recent years have promoted the concept of “access” as being more important than speed or travel time, per se. One of the leaders in this field, David Levinson of the University of Minnesota, defines accessibility as “the number of destinations reachable within a given travel time” by a particular mode of transportation. He is the author of a new study called “Access Across America,” released last month by U of M’s Center for Transportation Studies.

In this study, Levinson estimated the accessibility to jobs by car for the 51 largest U.S. metro areas. His data are for 1990, 2000, and 2010, so in addition to providing a snapshot of conditions as of 2010, the data also allow him to document trends over the past two decades. The results may surprise many of those concerned about traffic congestion in the largest metro areas, because Levinson finds that the 10 metro areas that provide the greatest accessibility to jobs via auto commuting are, in order: Los Angeles, San Francisco, New York, Chicago, Minneapolis, San Jose, Washington, Dallas, Boston, and Houston. And over the past two decades, the places with the largest increases in accessibility by car are Las Vegas, Jacksonville, Austin, Orlando, and Phoenix. Those with the largest decreases are Cleveland, Detroit, Honolulu, and Los Angeles.

What accounts for these findings? Although Levinson doesn’t really get into the details, I think one of the most important factors is the ongoing suburbanization of jobs. Remember, Levinson’s data are for entire metro areas, and there has been a huge dispersion of jobs throughout these metros over the past 50 years. A good summary of the data was provided last month by Wendell Cox in “Job Dispersion in Major US Metropolitan Areas, 1960-2010.” (www.newgeography.com/content/003663-job-dispersion-major-us-metropolitan-areas-1960-2010) For example, in 1960 54% of employment in 35 major metro areas was in the historical core municipalities—but by 2010, that figure had dropped to 30%, with 70% in suburban and exurban areas. The suburbanization of jobs has made huge numbers of workplaces more accessible by car than before, leading to shorter average work-trip travel times than in Canada or Europe.

Levinson’s data show that in 31of the 51 metro areas, all the jobs can be reached by car in 30 minutes or less; upping the limit to 40 minutes brings the total to 39 of the 51, and at 60 minutes, almost everyone can reach nearly every job in every one of the 51 metro areas. That’s pretty outstanding performance by the highway system, despite the existence of serious congestion.

It’s instructive to contrast Levinson’s auto accessibility figures with the findings of a Brookings Institution study from 2011 on accessibility to jobs via transit (“Missed Opportunity: Transit and Jobs in Metropolitan America”). Using a 45-minute transit commute time, that study found that only 7% of jobs could be reached, in the 100 largest metro areas. Even at 60 minutes, transit could get people to only 13% of the area’s jobs. To reach 30% of the jobs, you need an average travel time of 90 minutes, which is more than three times the duration of the average U.S. auto commute.

Knowing this, some advocates of Smart Growth therefore disparage the suburbanization of employment as “jobs sprawl” and seek to promote public policies that would reverse it, so that transit could do a better job. But that confuses means with ends. If the purpose of an urban transportation system is accessibility, we should work to make the system serve that goal, not engage in a utopian quest to massively reshape the urban landscape. And, as I have written in previous issues of this newsletter, the implication for transit is to develop more flexible systems that can link more people cost-effectively to jobs. That argues for grid-based bus systems as opposed to radial bus and rail systems focused on what used to be the “central business district.”