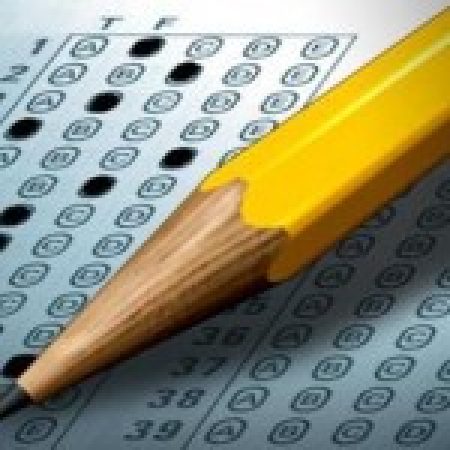 Keeping the Aim High in Virginia

A recent criticism of K-12 education in the United States has been that, on international exams like the Trends in International Mathematics and Science Study, American children have lagged the best Asian and European nations, including Taiwan, South Korea,England, Hungary and Russia.

That’s why there’s been a growing consensus about the need to raise U.S. K-12 academic standards, particularly in the field of math and science.  It may sound cliché to say that we’re in a globally competitive marketplace, but the reality is: we are.  And ensuring that American students graduate ready to step up and lay claim to high-paying 21st century jobs demands that they be equipped with greater skills than the generation that preceded them.

But while saying that American education is going to raise academic standards is an attractive sound bite, actually doing it often involves greater pain than a political environment can stand.  One needs to look no further than Florida where, after adopting a new performance level standard for writing, student test scores dropped dramatically.

Faced with a firestorm from elected officials and parents, who believe in the “Lake Woebegoneffect” that all students are above average, the Florida State Board of Education dropped the passing grade in order to make certain that students succeeded.  Given a choice, Florida aimed low.

Which brings us to last week’s release of Virginia’s Math Standards of Learning (SOL) exam results that saw an average 18 point drop in Algebra, Geometry and elementary-middle school math.

Such a precipitous drop would be troubling if these were the same exams as last year, testing the same subject matter.  But they aren’t.

In 2009, the Virginia Board of Education looked at the Commonwealth’s math standards and tests, measured them against the National Assessment of Educational Progress (NAEP) which is considered the “gold standard” against which states should benchmark themselves, and found the SOLs wanting.

They weren’t alone in doing so.  A later report by the National Center for Education Statistics came to much the same conclusion:  Virginia (and 11 other states) had set grade 8 math standards for proficiency that were lower than the Basic cut point on NAEP, and our Grade 4 math standard for proficiency was barely equal to NAEP’s Basic category.

Last year, in fact, 89 percent of fourth graders passed the SOL math exam … but only 46 percent met the minimum benchmark for NAEP.

Virginia’s choice was clear:  Raise the standards and better prepare students for the future they face, or look the other way. Virginia chose the tougher route.

The result was significant shifting in this year’s exams.  The third grade test stopped assessing things students learned in grades K-2.  The seventh grade test added content that had previously been taught in eighth grade.  The eighth grade standard was upgraded to better prepare students for Algebra I.

And, responding to those who have claimed that SOL tests aren’t deep enough and are “only a multiple choice test,” about 15 percent of the questions in middle and high school exams now require students to solve multi-step problems by demonstrating  their knowledge, such as ordering information correctly, creating graphs from data, or plotting points on a grid.

This makes the state math exams demonstrably harder.  And, as a result, pass rates dropped.

But Virginia has been down this road before.  The state first administered 6th and 7th grade math SOL exams in 2006, in order to comply with “No Child Left Behind” mandates.  That year, the passing rate among sixth graders was 51 percent; among 7th graders, it was 44 percent.  Yet, three years later – after teachers and students had gained a better understanding of the content required of the new tests – passing rates had risen to 73 and 71 percent in 6th and 7th grades, respectively.

But the alternative to higher standards is to aim too low. Virginia students – the nation’s students – are worthy of better than that if they are going to enjoy the future they deserve.