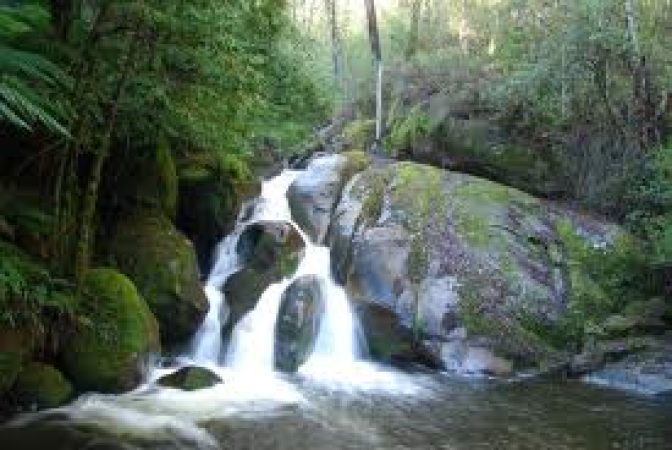 Inside EPA’s Waters of the U.S. Ruling – Part 4

EPA and the Corps of Engineers’ apparently believe that “navigable waters” cover virtually any area where water flows or is contained.

The U.S. Supreme Court in Rapanos v. U.S. sent a strong message to EPA and the Corps to curb their boundless appetite over virtually all waters and much of the land in the U.S. In Rapanos, EPA sought jurisdiction over a non-navigable manmade drainage ditch.

Justice Scalia said: “In applying the definition to ‘ephemeral streams,’ ‘wet meadows,’ storm sewers and culverts, ‘directional sheet flow during storm events,’ drain tiles, man-made drainage ditches, and dry arroyos in the middle of the desert, the Corps has stretched the term ‘waters of the United States’ beyond parody. The plain language of the statute simple does not authorize this ‘Land Is Waters’ approach to federal jurisdiction.”

Four Justices in the Rapanos dissent advanced the position that EPA and the Corps could choose to regulate essentially any water and much of the land in the U.S. to advance the statutory goal of maintaining “…chemical, physical and biological integrity of the nation’s waters.”

EPA’s WOTUS rule follows Justice Kennedy’s language regarding what is “significant nexus” between waters, and not the opinion of Justice Scalia.

Last time I wrote EPA and the Corps concluded that Prairie potholes have a “significant” nexus to waters of the United States (see here). Remember Justice Scalia’s admonition when EPA says “Prairie potholes are a complex of glacially formed wetlands, usually occurring in depressions that lack permanent natural outlets…” These potholes are found in central Iowa through western Minnesota, eastern South Dakota and North Dakota. The Rapanos court said very clearly that the CWA is limited to regulating “…relatively permanent, standing or continuously flowing bodies of water traditionally recognized as streams, oceans, rivers and lakes that are connected to traditional navigable waters.”

It would not appear that Prairie potholes fit the definition of a water of the United States as described by four justices of the Supreme Court.

The second category of waters EPA and the Corps seek jurisdiction over are identified as Carolina and Delmarva bays. They are “…ponded depressional wetlands that occur along the Atlantic coastal plain from northern Florida to New Jersey.” They are abundant in North Carolina and South Carolina. Delmarva bays are also known as Delmarva potholes. EPA states “Most bays receive water through precipitation, lose water through evapotranspiration, and lack natural surface outlets.”

EPA notes these potholes are not connected nor do they have confined surface connections to waters of the United States, but EPA indicates that amphibians and reptiles use the bays for breeding and rearing their young, plus these bays “…foster abundant insects that have the potential to become part of the downstream food chain.”

EPA and the Corps have decided the Carolina and Delmarva bays are part of a tributary network and therefore waters of the United States.

EPA and the Corps will be exerting jurisdiction over a third category of water entitled “swamp[s] on a hill,” or pocosins. These swamps on hills are evergreen shrub and tree-dominated wetlands found from Virginia to northern Florida. EPA claims “Because pocosins are the topographic high areas on the regional landscape, they serve as a source of water for downstream waters. Pocosins often have seasonal connections to drainageways leading to estuaries or are adjoining other wetlands draining into perennial streams or estuaries.”

EPA concludes these swamps on hills are similarly situated and because of their hydrologic connections have a “significant nexus” to waters of the United State.

The fourth category of jurisdictional waters per EPA and the Corps is western vernal pools in California. These are shallow seasonal wetlands that dry up in the warmer, drier months and stretch from the Pacific Northwest to northern Baja California. EPA says these vernal pools in western states are reservoirs of biodiversity even though they are dry. Insects and zooplankton can be moved by wind or “animal-mediated dispersal” or flushed from the pools into streams or waters. Because of these factors, EPA believes there are hydrologic connections sufficient to give EPA jurisdiction over these waters.

The last category EPA includes in its jurisdiction is Texas coastal prairie wetlands. These wetlands are a “…mosaic of depressions, ridges, intermound flats, and mima mounds (oval domelike natural mounds).” According to EPA, these coastal prairie wetlands were formed thousands of years ago and once occupied approximately 1/3 of the landscape around Galveston, Texas. It is claimed these wetlands are connected to each other and are connected to downstream waters because these wetlands can control nutrient release levels and can transform releases of nutrients to waters. This gives EPA jurisdiction.

As the Supreme Court said, EPA and the Corps have stretched the term “Waters of the United States” beyond parody.