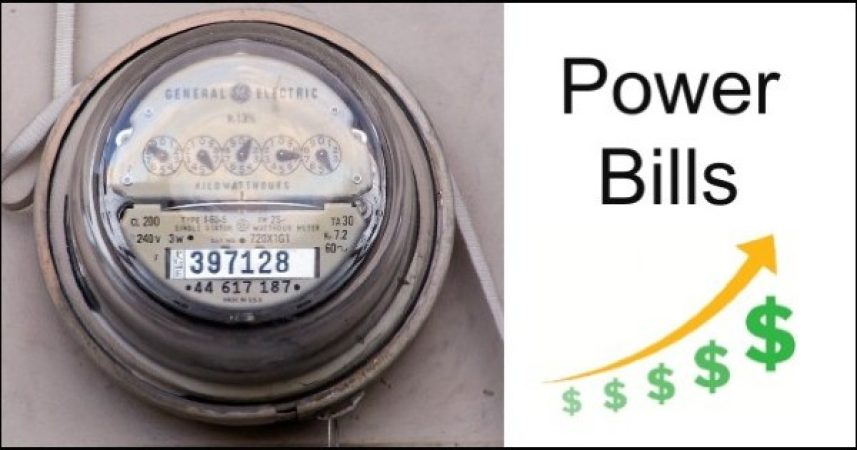 How Discount Power For Poor Will Raise Your Bill

Virginia’s two major electric utilities estimate that as many as 150,000 of their poorest residential customers will see their monthly bills reduced next year using money extracted from all their other customers on their own power bills.

Appalachian Power Company projects about 30,000 of its low income customers will receive subsidies of $500-$600 per year. Dominion Energy Virginia projects bill subsidies to about 120,000 households of about $750 per year.

Both companies told the State Corporation Commission recently that to pay for this, about $1.12 will be added to the cost of every 1,000 kWh of electricity used by homes, businesses, and industries in Virginia. The cost per kWh is the same for all customer classes, and thus represents a larger percentage price increase for the commercial and industrial users.

Neither utility is sure that $1.12 or so is going to be the correct amount, but once the process starts annual adjustments can be made, just as with other costs collected through rate adjustment “riders”. A similar Ohio program costs customers three times as much, about $3.7 per 1,000 kWh, APCo reported. It is fair to expect Virginia costs will also rise.

This is the promised Percentage of Income Payment Plan, or PIPP, mandated by the 2020 Virginia General Assembly as part of its massive energy revisions earlier this year. The SCC has opened dockets for both utilities to determine the correct amount of “universal service fee” (actually a tax) to apply on bills starting in 2021. Once the various stakeholders finish with reports and interrogatories, hearings will be held in October.

Home energy is a major part of every household budget, of course, and represents a higher percentage of income for those with less cash. A Charlottesville-based advocacy group recently issued a report setting 6% of income as the definition of “energy burden,” and went around the city detailing where close to 5,000 such households exist, how many are using electricity or gas, and how many would benefit from efficiency measures to reduce demand.

That spending level – 6% — is also used in the PIPP statute, setting that as the highest percentage of income a household should need to pay to the utility if it does not use electricity as its main heating source. If the residence does use electricity for heat, the bill is capped at 10% of household income.  A family with $2,500 per month in income would thus pay no more than $150-250 per month for power depending on the heat source.

A huge number of administrative details remain to be hashed out, and the General Assembly ducked many key questions. Eligibility is not directly tied to income, but to participation in other well-known assistance programs, such as the existing Low Income Home Energy Assistance Program (LIHEAP), SNAP food benefits or Medicaid.What counts as “income” for the PIPP cap determination is yet to be determined.

The existing energy assistance program (LIHEAP), which is based on income, subsidized energy bills for almost 140,000 Virginia households last year. It is funded by the federal government, with about $95 million allocated for Virginia this fiscal year. It extends beyond the customers of the two large power companies and applies to rural electric cooperative customers, natural gas users and even assists with firewood.

How will the existing LIHEAP program, managed through the social services departments, coordinate with PIPP? Which should the customer turn to first, and is a customer eligible for assistance from both? So far, that issue is not addressed by either utility proposal. And in describing the challenges in Charlottesville, the advocacy group simply ignores LIHEAP and other assistance. One must look elsewhere to learn LIHEAP provided cash for energy bills to more than 700 Charlottesville families and another 950 in surrounding Albemarle County.

Both Dominion and APCo also have internal charitable arms, using company funds and outside donations to pay customer bills. Dominion Energy Share’s recent report claims almost 68,000 families or individuals received help with their bills, most of those funds of course reducing the company’s own accounts receivable. Some level of write-offs for unpaid bills is also already assumed in existing rates. Will the move to PIPP mean utilities get closer to full payment from all customers with no losses?

In the middle of all the other debates over energy six months ago, PIPP received almost no attention. The General Assembly majority simply decided that Virginians should not have to pay more than 6% or 10% of their “income” for electricity and sent the bill for the balance to other customers. It did this only for the major power company customers, setting a precedent that – in the name of equity – will be followed for rural electric cooperatives, natural gas, and propane providers.

The big question mark, both Dominion and APCo tell the SCC, is whether everybody eligible will actually take advantage of this. APCo assumed one half would, and Dominion provided estimates for different percentages, up to 100% participation. Frankly, until this starts it is largely guesswork.

There is one additional wrinkle, which Dominion did nod to in its filing. Every Dominion customer eligible for PIPP, whether or not they enroll, will be exempt from the coming tidal wave of capital costs for Dominion’s offshore wind development. That will lower their bills significantly, and raise others noticeably, for several decades as billions are collected for those turbines and the related profits.

The utilities also suggested that even the PIPP beneficiaries should pay the PIPP tax on their bills. Since their ultimate bill is capped anyway, it won’t change the amount they owe. (Except, of course, for any lower income customer who just missed the cut off or chooses not to use PIPP.)

A version of this commentary originally appeared August 3, 2020 in the online Bacon’s Rebellion.

«
Can We Talk Common Sense Yet?»
Job Recovery Will Be Slow