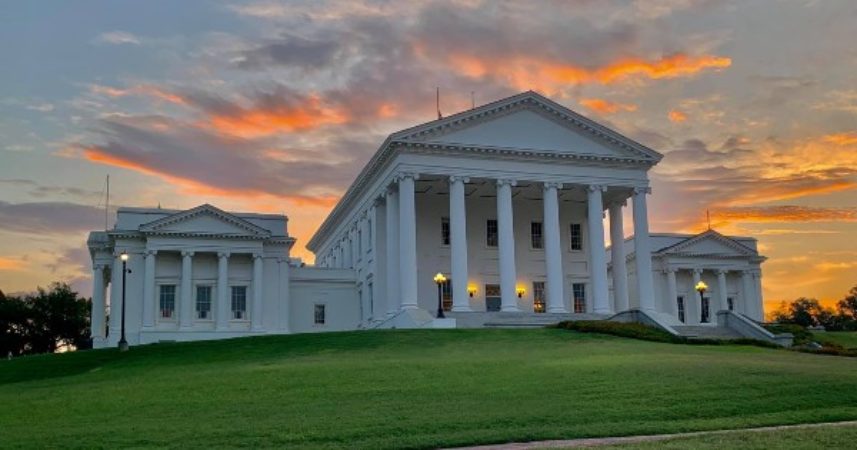 In a House of Delegates committee meeting Tuesday, Republican delegates fell into an old and damaging pattern, casting vote after vote against bills that would strengthen regulatory oversight of a monopoly utility and better protect its millions of Virginia customers.

Many of the same Republicans would be happy to mount a soapbox to preach against high energy costs associated with converting to wind and solar generation, and they would be right.  But for more than a decade too many have voted for other ways Dominion Energy Virginia has prevented the State Corporation Commission from proper ratemaking, or from returning excess profits to Dominion customers.

One bad aspect of the controversial Virginia Clean Economy Act (VCEA) is how it also overrides the SCC’s traditional authority.  A fully-empowered SCC could scale back the size of the coming offshore wind, solar and other renewable projects to at least fit actual energy demand within the state. It could be sure they are built for the least cost.

You cannot be credible complaining about one way to raise prices (VCEA) if you are complicit in another way (allowing a monopoly utility to evade proper regulation).  More and more Virginians understand that the General Assembly has destroyed the normal regulatory compact, where an independent body (the SCC) balances the interests of the monopoly and its captive ratepayers.

When the State Corporation Commission issues dire predictions of future prices, both forces are in play – the green energy conversion, and the way the rules are now gamed in favor of utilities.  On both issues the SCC has been put into handcuffs by a bipartisan General Assembly, by Republicans and Democrats. It is time for legislators in both parties to take action to restore that balance.

Starting in 2007, with the return to electricity regulation and the end of efforts to deregulate, Dominion has tied the regulatory process in knots with the assistance of legislators and governors in both parties.  Bills in 2013, 2014, 2015, 2018 and finally in 2020 removed SCC discretion and dictated regulatory outcomes, at one point totally suspending the rate review process for years.

Through all those years the SCC and others noted with rising alarm that Dominion was racking up major excess profits, well over its allowed profit margins.  The rules it wrote with legislative blessing allowed the utility to keep hundreds of millions of dollars that either could have been returned either as refunds or as lower rates.

Five bills approved in the House Labor and Commerce committee Tuesday reverse much of that.  They don’t fix every problem, but their combined effect would restore regulatory balance and State Corporation Commission authority.  With them, this year’s Dominion rate review – the first since 2015 — could result in significant refunds or even a cut in base electric rates.

Only one Republican committee member, Del. Lee Ware of Powhatan, consistently voted for the regulatory reforms Tuesday, and he had sponsored one of them.  He was joined on some of the bills by two of his Republican colleagues, but six of the nine GOP committee members consistently supported the utility and resisted these reforms.  They can correct that mistake in the coming floor vote.

House Bill 2020 is the longest and most extensive of the proposals and was amended to incorporate a similar bill sponsored by Del. Ware. It removes several roadblocks to SCC authority over accounting decisions, refunds, or rate cuts. Sometimes it simply changes the word “shall” to “may,” releasing various handcuffs on the SCC.

House Bill 1914 reverses the most obnoxious element of a 2013 Dominion bill, which gave the utility control over how to time the accounting of certain one-time costs, such as closing a power plant or storm damage. In traditional regulation, the SCC would normally spread such costs over multiple years, but the utility can pile them all into one rate period and effectively reduce profits, prevent refund and short circuit any rate reduction.  Utility control over this accounting was extended in the 2018 Grid Transformation and Security Act (GTSA)

House Bill 2049 deals with another aspect of the 2018 GTSA, the Customer Credit Reinvestment Offset (CCRO).  That bill invented this accounting maneuver, not allowed in any other state.  At its own discretion Dominion can spend its excess profits on various capital projects rather than hold it for refunds.  Spending down the profits in this way also prevents the SCC from ordering refunds or cutting rates.

House Bill 2160 reverses a provision in the 2007 legislation that allows utilities to keep a portion of their excess profits, preventing the SCC from making full refunds.   In the 2009, 2011, 2013 and 2015 rate cases the so called “return on equity collar” worked in the utility’s favor and will again in 2021 if not repealed.  If this bill passes, another $100 million or so might be on the table for refunds in 2021.

House Bill 1984  is the shortest, simplest bill, and potentially the most powerful.  It sets a clear policy that despite all these previous laws, the SCC is empowered to use its own judgement in determining a fair outcome, limiting the utility to fair rates and a fair profit.

The General Assembly – with bipartisan votes — should use these five bills to untie one of the SCC’s hands, and then step two is to untie the other so it can manage the VCEA process rationally.  Republicans who want to debate the VCEA going forward will have far greater credibility.