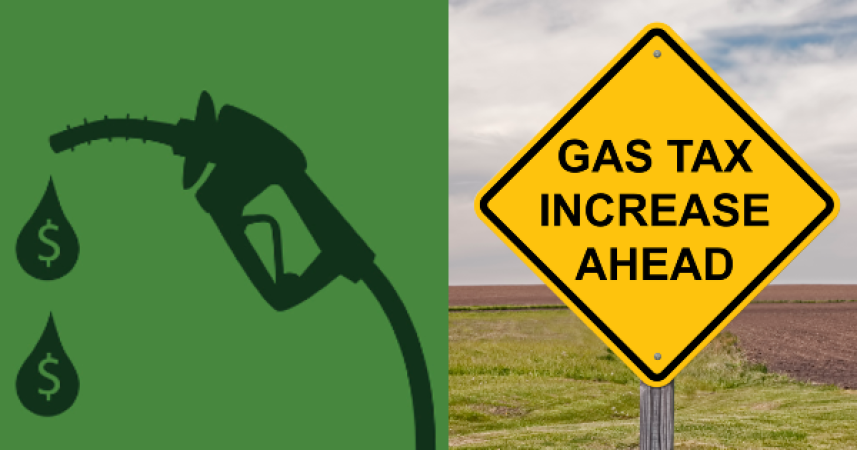 Read the governing document for the Transportation and Climate Initiative and it becomes clear there is more going on than just an effort to reduce motor fuel use with a combination of taxes and shrinking caps. That may really be a secondary goal.

How would TCI regulate and change the motor fuel business in Virginia, should the state decide to join in 2022? What are the initial carbon taxes likely to be? Some details can be found in a draft model rule published March 1 and now subject to an open comment period through May 7.

You can find the 153-page model rule here. There is an open portal for any public comments you wish to provide, and you can also find summaries of the comments filed to date. Certainly, all fuel wholesalers and retailers and businesses dependent on transportation need to study this document and the regulatory structure it creates.

The Rhode Island and Connecticut legislatures are currently considering legislation on TCI. Massachusetts intends to join with its governor claiming he already has authority to sign the interstate compact. If Virginia joins in 2022, that is still in time for it to be in on the first carbon dioxide emissions allowance auction in 2023.

Asserting that lower income urban communities have suffered the most damage from the use of fossil fuels, a premise treated as a given, the model rule insists that each state must commit “no less than 35 percent of the proceeds from the auction of allowances to ensure that overburdened and underserved communities benefit equitably from clean transportation projects and programs.”

How to spend the funds would be determined by a state advisory body “with a majority of members being representatives of overburdened and underserved communities or populations.” In Connecticut low-income advocates have already increased that in their pending bill to 50% of the proceeds which must be focused on that segment of its population.

More than 30 pages of the model rule focus on another aspect of this ignored so far: Carbon offsets. Extensive use of offsets would mean that the goal of 30 percent or more reduction of fossil fuel use is even less likely to come to pass. By planting trees, capturing animal-emitted methane, or engaging in other “offset projects that have reduced or avoided atmospheric loading of CO2 equivalent or sequestered carbon,” the firms can be awarded “offset allowances” to continue selling fuel. Expect the cost of those offsets to also end up in the consumer price.

The heavy focus on addressing alleged inequities makes TCI a major income transfer mechanism, as most of the TCI carbon taxes will be paid by business entities and people with long commutes. The opportunity for offsets provides a direct subsidy to the burgeoning and highly-lucrative industry of claimed environmental interventions that do not really reduce the use of CO2 fuels on the region’s highways. Are these the real goals of this proposal?

Virginia Governor Ralph Northam’s decision to not press the issue in the 2021 General Assembly gives the state’s voters a chance to weigh in during the November election. The 2021 General Assembly did move forward on creating possible ways to spend the TCI carbon tax revenue the state would reap. Advocates will likely point to them as uses for the tax money to come.

Legislators approved a state-funded subsidy program for the purchase of new or used electric vehicles. House Bill 1979 calls for the subsidies to begin January 1, $2,500 for any EV buyer but that increases to $4,500 for lower income buyers. The Assembly, however, provided no funding in the final budget despite a fiscal impact prediction of almost $70 million by 2026. The TCI carbon taxes are a natural source to fill that gap.

Another measure signed by the Governor creates a different state fund to finance electric school buses, again with no funding or funding source identified.

In the discussions underway in New England, a minimal future tax amount is being discussed, perhaps about 5 cents per gallon. But previous data provided by the advocates themselves, analyses by outside economists, and the model rule itself all point to much higher figures.

The model rule, copying other systems that use allowance auctions to set a commodity price, sets floor and ceiling prices. An emissions containment reserve (ECR) sets the floor price and would reduce the number of allowances for sale if the auction price falls below $6.50 per ton of carbon dioxide in 2023 (about 6 cents per gallon). That target then rises to $12.30 (12 cents per gallon) by 2032.

So the likely first year carbon tax will be between 6 and 12 cents per gallon in the first year, and between 12 and 30 cents nine years later in 2032.

This would be on top of Virginia’s existing gasoline tax, which goes to 33.8 cents per gallon on July 1 of this year, then even higher in 2022. It is worth noting that in his recent infrastructure proposal, one thing President Joseph Biden did not do is propose raising the federal fuel taxes, unchanged since 1993. Perhaps that was to leave states room for this approach, but it might also reflect voter antipathy to higher fuel taxes in general.