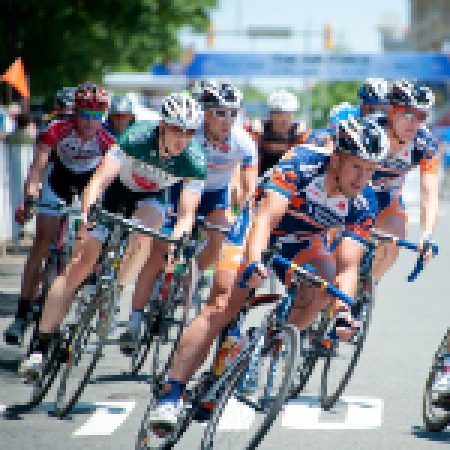 (This column first ran in the Richmond Times Dispatch.)

Two years from this September, the Richmond region will take center stage for the entire world.

That’s when the area will host the 2015 UCI (Union Cycliste Internationale) World Road Cycling Championships which are expected to draw 450,000 spectators and a worldwide television audience of 300 million people on Sept. 19-27, 2015.

This prestigious cycling event is held annually, and Richmond will be the first U.S. city to host the championships since it was held in Colorado Springs, Colo. in 1986.

During the nine-day event, more than 1,000 athletes from more than 70 countries will participate in 12 championship races. Similar to the Olympic Games, athletes will be competing for their own country.

Although the specific routes have not been announced, all of the races will finish in downtown Richmond.

The 2012 event was held in the Limburg region of the Netherlands and the event organizers reported that they attracted 400,000 visitors.

Chmura Economics & Analytics estimated that about 450,000 visitors could be attracted to the Richmond event in an economic impact study in April 2011 performed for the organizers.

At the time the economic impact was completed, information on the 2010 Melbourne event in Australia was the latest available UCI Road World Championship. It attracted 300,000 spectators.

The Richmond event is expected to attract more people for a few reasons.

The Melbourne race was a seven-day event, while the Richmond event will last nine days.

Melbourne also is a relatively isolated location — far from Europe and North America – while Richmond is located on the U.S. East Coast and is closer to Europe than Melbourne.

Finally, from a domestic market perspective, Australia has a much smaller population than the United States. More than 115 million people live within 500 miles of Richmond, while the population of Australia is less than 23 million.

Such a large number of visitors clearly will be a boon for local businesses.

The hundreds of thousands of visitors will book hotel rooms, eat in restaurants, shop in stores, buy souvenirs and spend money elsewhere in the region – to the tune of an additional $72 million in 2015.

By adding the ripple effect, which occurs when businesses buy additional food and supplies and hires more workers because of the race, total spending that year will be $129.2 million.

That spending can result in $3.8 million in additional tax revenue for local governments in the greater Richmond region during that time.

In addition to visitor spending, organizers project the event will cost $21.2 million to put on, with more than half of that money to be spent directly in the region.

Another key benefit to the Richmond region of international media exposure was not quantified in the study.

However, based on recent World Championship events, more than 1,000 journalists, representing 500 media outlets from 35 countries, would come to Richmond to cover the competition.

That will lead to hundreds of stories written about our region, not to mention the more than 400 hours of global television that is expected to be viewed by 300 million people around the world, according to organizers.