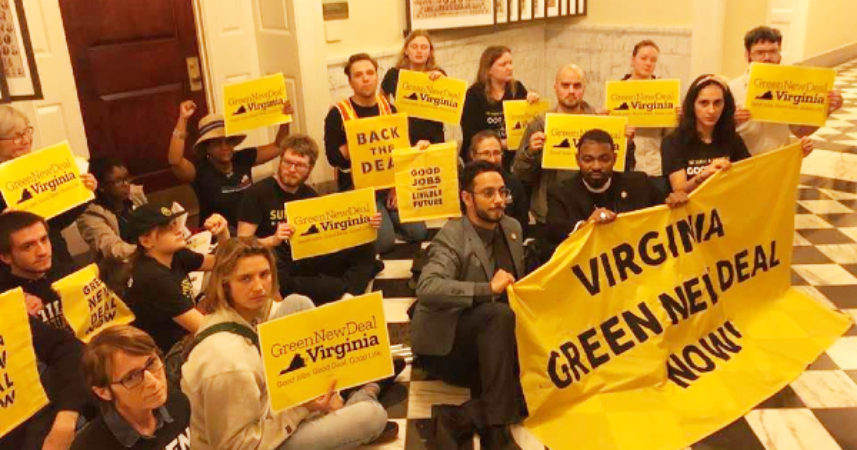 The Governor of Connecticut has abandoned his efforts to enroll that state in the Transportation and Climate Initiative, an interstate compact which would impose a cap, tax and ration scheme on gasoline and diesel fuel.

Virginia remains a part of the planning group that developed the compact, which has now been under consideration for more than a decade but not implemented anywhere.  In late 2020, Connecticut was one of four jurisdictions pledging to go forward in 2021, while Virginia remained on the sidelines

As in Virginia, Connecticut’s participation in the compact required legislative blessing, which Governor Ned Lamont was unable to secure during 2021, even in a legislature controlled by his own party. In light of that failure, and the lack of any other signs of movement toward an agreement, Lamont announced Tuesday he would not try again in 2022.  He was quoted in the Hartford Courant:

“Look, I couldn’t get that through when gas prices were at a historic low, so I think the legislature has been pretty clear that it’s going to be a pretty tough rock to push when gas prices are so high, so no,’’ Lamont said Tuesday, acknowledging that the cost of motor fuel was likely to rise under the initiative, known as TCI.

At a later appearance in East Hartford, Lamont said that gasoline prices had reached a seven-year high and there was not enough support in the legislature in 2022 — a year when both Lamont and the entire legislature are up for reelection.

The Rhode Island legislature also passed on the issue in 2021 despite its governor’s efforts.  Only Massachusetts and the District of Columbia are poised to join TCI once enough states make it viable, and in Massachusetts opponents have put the issue in front of the voters in a 2022 referendum question.

Virginia Governor-elect Glenn Youngkin has made no pronouncements on TCI, which would first cap and then slowly reduce the total volume of gasoline and diesel fuels available for sale in Virginia.  While they enjoyed full control of all branches of Virginia government, Democrats signed the state up for the Regional Greenhouse Gas Initiative (RGGI) cap and tax on fossil fuels used in electric power plants but failed to even introduce legislation on joining TCI.

They have now shifted to a defensive posture, promising their supporters that Democratic control of the Senate – and one key committee in particular – provides a firewall to protect various climate-fear-driven measures approved in 2020 and 2021.

Typical was a prediction made by Senator George Barker, D-Alexandria, at a meeting with the Alexandria City Council Monday, reported on Virginia Public Media outlets.  He and other Democratic legislators who represent that city were asked about coming efforts to repeal or amend some of those earlier laws, efforts that now might be successful in the House of Delegates.

“If the bill, a bill, does come over backing down on some of the climate change types of things from the House, and it’s certainly possible it will,” Barker says. “I think we have the ability to deal with it in the Senate and box it up and it’ll probably never get to the floor and have the bill basically defeated in the committee.”

The committee in question, Senate Commerce and Labor, has 12 Democrats and only three Republicans as voting members, and it only takes seven votes or even a tie to defeat a bill in committee.  That imbalance exists despite a 21-19 split in the body overall.  Barker went on to claim that some of his Republican colleagues, when he speaks with them privately, express support for the bills which have passed.

A day later over at Virginia Mercury, an anti-fossil fuel advocate affiliated with the Sierra Club surveyed the new Virginia political landscape and was similarly encouraged, partly by the remaining Senate firewall and partly by Youngkin’s lack of specific statements on the various issues during the campaign.

Attorney Ivy Main pointed to the one candidate debate segment that touched on the issues, heartened by Youngkin’s statement he “wholly supported” the coming offshore wind project Dominion is set to build, but dismissive of his complaints about other elements of the Virginia Clean Economy Act and his advocacy of continued use of natural gas.

With Democrats still in charge of the Senate, Youngkin isn’t likely to find a RGGI or VCEA repeal on his desk. Creating an energy transition framework was one of the Democrats’ biggest successes in the past two years and protecting that success will be a party priority.

But there are many ways Republicans can undercut climate action. They might attract just enough Democratic votes with bills that, for example, grant exemptions for powerful industries that have friends among Senate Democrats. They could also use the budget process to undermine the transition by starving agencies and grant programs of funding.

But the TCI idea failed in solidly Democratic Connecticut because it would clearly raise costs on every family and commodity in a time of inflation, and for the same reason has never even been pushed here in the Commonwealth.  The same is true of every other aspect of Virginia’s misguided response to overblown threats of climate disaster.  Making that clear is the first step toward a change in course.