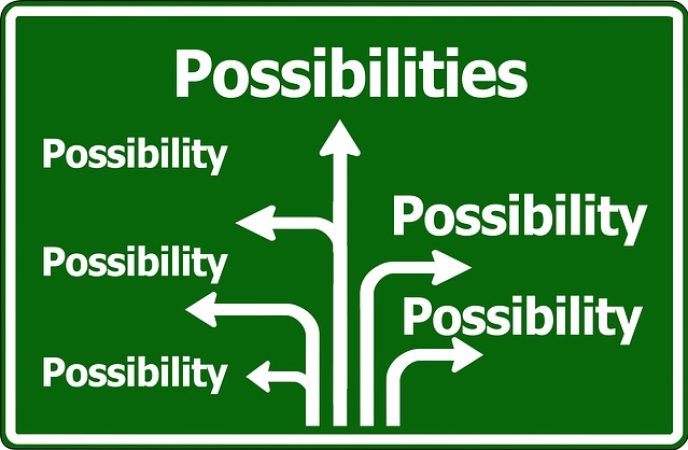 An Opportunity Agenda for Virginia

I believe — and I think most Americans believe — in equal opportunity. I believe that public policy and civic endeavor should be directed to giving all Americans access to the tools that allow them to improve their stations in life. An equal opportunity agenda would articulate pragmatic, achievable goals that lead to incremental but steady gains over time. I do not believe in harnessing the power of the state to achieve equal outcomes. A world of equal outcomes is an unachievable utopia. The path to utopia is strewn with violations to individual liberties. Equality is never achieved. The only thing that changes is the people in power.

An opportunity agenda seeks for win/win solutions to society’s ills. While it sees a role for collective action through civic groups and government, the opportunity worldview recognizes that there is no substitute for individuals acting to optimize their own good and that of their loved ones. The engine of the opportunity agenda is individual initiative and personal responsibility. It is forward-looking and optimistic. It is win-win. One person’s gain does not come at the expense of any other.

The equal outcomes movement, by contrast, is driven by envy, resentment, grievance and victimhood. It is win-lose, an inherently divisive approach. It is predicated on the belief that the only way to make Person A whole is to take something from Person B.

An opportunity agenda could be a winning political formula. Most Americans don’t want to become Jeff Bezos or Bill Gates. They don’t expect unattainable wealth. They don’t even want unattainable wealth. As that great philosopher, Notorious B.I.G. once rapped, “Mo money mo problems.” Most people just want a better life for themselves and their children, and most people are willing to work to achieve those goals. An opportunity agenda would give them the tools to do so.

Neither the Democratic Party nor the Republican Party in Virginia defines itself as the party creating opportunity for all. Politicians of both parties nurse particular sets of resentments and grievances. But of the two parties, I see the GOP as the more natural standard bearer for equal opportunity. The GOP is less wedded to the proposition that every social ill has a government solution while the progressive wing of the Democratic Party is totally committed to equal outcomes.

As the party in power in Virginia, the Dems have little incentive to change. As the party out of power, the Republicans have every reason to change. To build a broader coalition, they need to redefine who they are. They need to identify kitchen-table issues that affect everyone, devise pragmatic, politically achievable solutions, and rebrand themselves as the party of opportunity for all.

That will take a lot of work. One place to start is to begin thinking about how the abstract idea of creating opportunity translates into real world policies. The real world is a very messy place, and abstract ideals often seem disconnected from reality.

Permit me to provide a few examples of what an opportunity agenda might look like in Virginia.

Healthcare. Republicans fought a losing battle against the Affordable Care Act, Medicaid expansion and the subsidized Obamacare marketplaces. Historically speaking, once you give the American people an entitlement, you can’t take it back. As a political matter, repealing Obamacare and rolling back Medicaid expansion is a non-starter. Instead, an opportunity agenda would reframe the healthcare debate from its current emphasis on expanding government programs and transferring wealth to an emphasis on reinventing the system to squeeze out costs and improve outcomes. How can we reform the delivery of healthcare to make it more efficient and more productive? How can we make healthcare pricing more transparent and empower consumers? How can we curtail the monopoly power of Virginia’s health systems and encourage more competition and innovation? What reforms can we identify that help everyone?

Housing. The cost of housing is squeezing more and more Virginians out of the housing marketplace. The problem at its heart is an imbalance of supply and demand. The number of households is growing faster than the supply of housing. We can address housing affordability by managing scarcity (curtailing evictions of poor people, which creates problems for landlords and discourages investment in housing for the poor) or by increasing the housing stock for all (enacting policies that encourage developers and homebuilders to build more housing units).

The goal of increasing the housing supply is fine in the abstract, but this is a classic case of how the real world gets messy. The supply of housing is restricted by zoning, which creates winners and losers. As a voting bloc, homeowners are extremely resistant to change. They want to preserve the character of their neighborhoods and protect their property values. A pragmatic approach would be to channel new housing development in the form of apartments and townhouses in areas zoned for commercial and industrial uses — thus creating more compact, mixed-used development in areas where the development will not impinge upon neighborhoods of single-family homes.

Education. A good education is a fundamental tool for self-improvement. Unfortunately, the Virginia Department of Education and many major school districts in Virginia have been captured by progressives committed to equal outcomes. Critical Race Theory is a win-lose proposition and intrinsically divisive. The animating propositions are that whites are racist and that the system is racist, that merit should be sacrificed as a criteria for admitting children to elite schools, and that poor minorities are deserving of greater funding than middle-class students who pay the taxes.

An opportunity agenda says that we can improve educational outcomes for everyone without the divisive necessity of tarring 60% of the population as racist. Fortunately, there is an obvious model for Virginians to draw upon — the Comprehensive Instructional Program originating in Southwest Virginia and now encompassing many rural counties across the state. The strategy is to focus on core skills, set high standards for all students, measure what works, identify the best teachers, and share their materials and techniques. Advocates of an opportunity agenda says the mission of schools is teaching, not transforming society. If efforts to reform public schools fail, an opportunity agenda supports charter schools and vouchers as alternatives to empower poor families.

Those are just three examples. An opportunity agenda needs to grapple with other issues, perhaps the most pressing of which in the post-George Floyd era is criminal justice reform. Transportation, energy, and the environment are other state-level topics that could benefit from imaginative thinking about win-win solutions.

One distinguishing characteristic of an opportunity agenda is pragmatism — to do what works. Doing what works requires measuring results. It also requires an incrementalist mindset — moving deliberately towards a goal step by step, measuring results, tweaking programs, eliminating what doesn’t work and reallocating resources into things that do. Aim for steady, achievable progress on all fronts. Make Virginia a little better year after year.

Jim Bacon is editor and publisher of the Bacon’s Rebellion blog.  This article originally appeared in the blog on January 3, 2021.