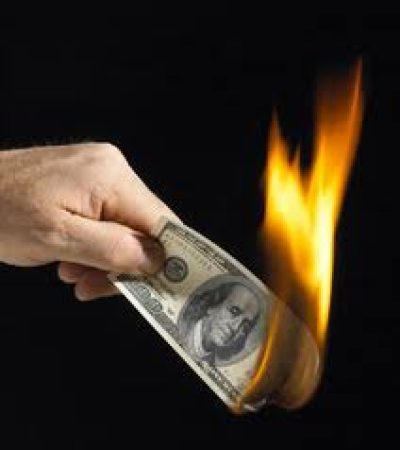 As the White House this week politicized the sequester cuts amounting to $85 billion in lower federal spending, a recent GAO (Government Accountability Office) study identified “more than 1,362 duplicative programs accounting for at least $364.5 billion in federal spending every single year…” claims Sen. Tom Coburn, R-Okla., in a letter to the White House on Feb. 26 2013.
Yet, little publicity has been generated in the media by the GAO report to Congress, called “2012 Annual Report: Opportunities to Reduce Duplication, Overlap and Fragmentation, Achieve Savings, and Enhance Revenue.”

On February 14, 2013, GAO issued another report which found only two areas where much progress had been made in attempting to save taxpayer dollars and cut federal expenditures.

If you listen to the President, and particularly his cabinet secretaries, you will believe that bad news and consequences are in store for Americans because of air traffic controllers being released, USDA food inspectors laid off, teachers fired (false), and three-hour waits in lines at airports due to cutbacks of TSA agents.

This may happen, but it should not. In 2012, the GAO produced a 428-page study that outlines inconceivable duplication, overlap, and fragmentation which can be cut back to save over $360 billion EVERY SINGLE YEAR!

The GAO report should be required reading for taxpayers and presidents because it includes Mitt Romney’s claim of 47 different federal programs for job training, 20 programs devoted to homelessness, 17 grant programs for disaster assistance, 17 programs for technical assistance to entrepreneurs with 5 of these entrepreneur programs being run by USDA.

The report goes on and on outlining federal government overlapping, duplicate and wasteful programs.

GAO claims there are 9 federal agencies, including USDA, that have duplicate and fragmented programs to defend food and agriculture systems against potential terrorist attacks and major disasters. GAO suggests there are 32 programs where there needs to be substantial elimination of overlap and just plain stupidity.

One program involves a subject of interest to agriculture: diesel engines. There are 14 grant and loan programs at the

Department of Energy, Department of Transportation and the U.S. Environmental Protection Agency, plus three tax activities that have as a goal reducing mobile source diesel emissions.

Diesel exhaust contains air pollutants of nitrogen oxides and particulate matter as well as some other pollutants. Since 1984, EPA has lowered the amount of pollutants “…from new diesel engines by more than 98%.” EPA and other agencies now want to pursue 20 million old diesel engines of which there are approximately 13 million in trucks on the roads, plus seven million non-road engines such as our tractors, combines and irrigation pumps. There are also 47,000 locomotive and marine engines.
DOE, DOT, and EPA duplicate one another by issuing grants, loans, retrofits, rebuilding of diesel engines, installing devices to reduce idling and converting diesel engines to use cleaner fuels. GAO claims there are 14 programs that focus on these goals and waste taxpayer money.

The GAO report claims the three agencies do not talk regarding diesel related issues and points out that “…uncoordinated program efforts can waste scarce funds, confuse and frustrate program customers, and limit the overall effectiveness of the federal effort.” Plus, wasting millions of taxpayer dollars! GAO also claims “…few agencies collect performance information on their diesel emissions reduction activities.”

The DOE questioned several of GAO’s findings but said GAO’s findings “mischaracterized the agency as having statutory responsibility for diesel emissions reductions.” (Really.)

GAO “…clearly identifies fragmentation, overlap, and duplication among the fourteen federal programs that fund diesel emissions reduction activities.” GAO stood by its allegations that millions of dollars could be saved by applying common sense and efficiencies.

Sen. Coburn has every right to demand that the Administration stop its silly assertions that $85 billion cannot be cut if common sense is applied. When the United States Government Accountability Office claims at least $364.5 billion of our tax dollars are being wasted in duplicate programs, someone needs to pay attention!!