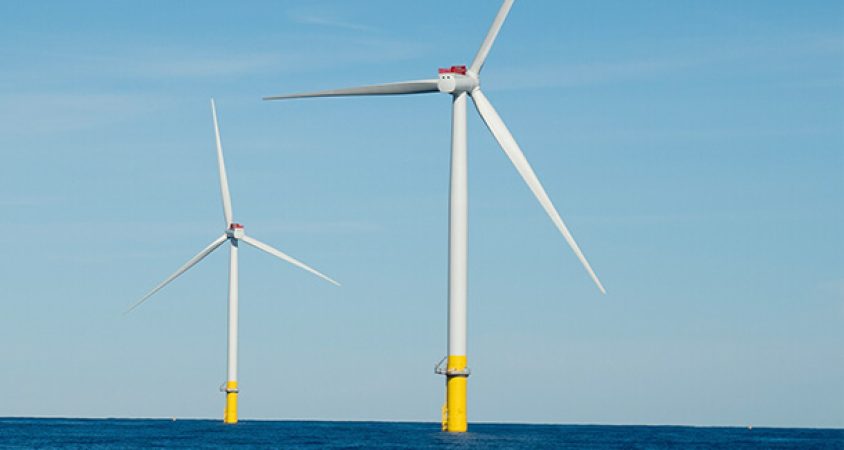 by editor  posted under Energy, News

Without fanfare and without awakening the drowsy Capitol press corps, Dominion Energy Virginia dropped in legislation last week to set up a partnership on its most massive capital investment, the Coastal Virginia Offshore Wind project.

Just who that partner might be, what if any benefits that provides to Dominion’s 2.6 million Virginia customers, or whether it instead adds cost and risk for them, remains unexplained.  The bill does describe the equity investor as “non-controlling,” leaving the utility in charge.

Suddenly, many elements of the company’s other significant bill for 2023 make more sense.  The most recent iteration is a pending substitute.  In this other, wind-only bill, sponsored by Senator Lynwood Lewis (D-Accomac), the State Corporation Commission is instructed to disregard the capital structure of the partner, its debt to equity ratio, when determining the price to consumers.

That ratio is usually a key element when the regulators are deciding how much a utility can charge for a project, because only equity is allowed to earn profit.  In the longer bill, which has been previously discussed, Dominion is also asking the legislature to mandate how the SCC accounts for the debt and equity in its rate calculation.

The unnamed partner, perhaps already known to Dominion, may also have an interest in the debate over how a future SCC calculates the utility’s allowed return on that equity.  It is equity this partner will be contributing, after all.  Virginia is the only state that sets utility return on equity by making comparisons to so-called “peer” utilities.  The more complex bill changes the rules on that, too, and further limits SCC discretion.

In the settlement of Dominion’s disputed application for SCC approval of the 176-turbine project, larger cost figures than Dominion’s official advertised $10 billion started to pop up. It could approach $14 billion.  Other East Coast wind projects are dealing with cost over-runs and it is hard to be certain the Virginia price will hold.  Then there is that promised but still vague second tranche of another 2,600 megawatts of turbines.

A third bill, under the radar until now, also dealing with the offshore wind project, may be part of the same unified poker game.  Delegate Robert Bloxom (R-Mappsville) put in a bill that shortens the time window for Dominion to develop a second massive wind project in the same location off Virginia Beach, to 2032.  And it puts a thumb on the scale for SCC approval if the project is tied to manufacturing of the wind turbine generator components in the state.

Alarm bells should be going off from Wall Street to every Virginia Main Street.  The full picture is being withheld.  To paraphrase Dominion’s most famous critic, the late Lieutenant Governor Henry Howell, the bumping you hear in the night is not Santa Claus.

But the message concerned observers were given by the Senate’s most powerful leaders earlier this week was one of urgency.  Get on board the train now, they warned.

During a subcommittee meeting Wednesday on Dominion’s main bill, the complex one introduced first, Senate Majority Leader Richard Saslaw (D) and Senate Minority Leader Thomas Norment (R) both demanded the parties come together and come to consensus before a meeting of the full Senate Commerce and Labor Committee today.  Senate President Pro Tempore Louise Lucas (D) was sitting with them at the time and didn’t disagree.

The pressure being applied will be obvious if you watch enough of it.  You will also begin to grasp that the legislators themselves are deep underwater on these complex bills. You will understand why the General Assembly is the wrong place to do these things.  It is like trusting them with brain surgery.

Having applied that time pressure to Dominion’s critics, however, the docket for today’s meeting does not include either Dominion bill.  Legislator threats to force immediate consensus are hollow anyway, because changes to the bill – and its ultimate defeat – remain possible through the Reconvened Session in April, when Governor Glenn Youngkin (R) suddenly carries the big stick.  He gets his own crack at amendments, a substitute, or a straight veto.

The Senate subcommittee did recommend approval of Dominion’s bill, which was heavily revised by the substitute referenced earlier.  It also recommended approval of a bill Appalachian Power Company has introduced to radically change its regulatory process.  If both pass, the two utilities will be operating on very different rules, another major policy shift the General Assembly had better think through carefully.

Two other observations follow from watching the meeting.  Only once, on three related bills on these topics, did a legislator ask for a comment from somebody from the State Corporation Commission.  She punted.  No one ever asked for a comment from the Office of the Attorney General, charged by law with representing consumers, and no information or opinion was offered by those experts without prompt.

Both the SCC and OAG should be heard from in full in open session.  Rushing to a deal would be a very bad idea.  Only Dominion benefits from that.  Only Dominion sees all the puzzle pieces and the final outcome being sought.

A version of this commentary originally appeared January 22, 2023 in the online Bacon’s Rebellion.  Steve Haner is Senior Fellow with the Thomas Jefferson Institute for Public Policy.  He may be reached at steve@thomasjeffersoninst.org.