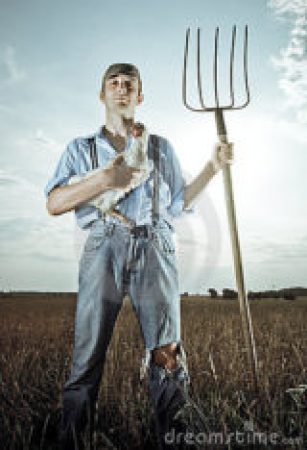 Change can be good—for producers, consumers, and animals 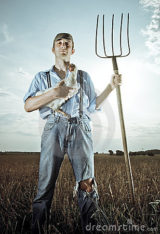 If I’ve learned anything through my life—whether growing up on my family’s fifth generation hog farm, or through my time representing the voters of an diverse rural, suburban and urban congressional district for seven terms in the U.S. House of Representatives—it’s this: what’s good for the goose is good for the gander. The same is true of making animal welfare reforms in the food supply.
I know first-hand how agriculture is under scrutiny from outside forces. And I know how frustrating that can be for all of us involved in production agriculture. I also know that American farmers are some of the most inventive, resourceful, hard-working folks in any sector of the economy. The American farmer straps on his boots and goes to work and when a problem arises, he fixes it. That’s what it means to be a farmer or rancher and good animal husbandry has been at the center of farming practices for generations.
The reality is, it’s not just about our views and values.  We have to pay attention to the values of our customers.  Many consumers these days just aren’t aligned with some of what happens on farms. I know, of course, that there are pros and cons to all types of production systems. But study after study show that consumers today want animals to be able to engage in normal behaviors and not be confined so severely that the animals cannot move.  I am speaking about practices such as cages in the laying hen industry and crates in the pig industry.  No farmer was trying to be hurtful to animals in using these systems, but the reality is, they are extreme practices and they are no longer acceptable to American consumers, including rural people.   An American Farm Bureau-funded study found that 95% of Americans think farm animals should be treated well. Another study, from the food industry consulting firm Technomic, found that consumers today value animal welfare over local, fair trade, organic and other top-of-mind issues.
So it’s no surprise that the biggest names in the food business are requiring animal welfare changes—companies like McDonald’s and Walmart and Kroger; companies like Cracker Barrel and Bob Evans.
Now I know it’s easy to view this shift as a problem. But farmers are great problem solvers, and many view it as an opportunity. This is why major pork firms like Virginia’s Smithfield are getting rid of sow stalls. It’s why egg producers like Rembrandt and Rose Acre are going cage-free. It’s why Perdue is launching aggressive animal welfare programs in conjunction with The Humane Society of the United States.
These moves make good business sense: after all, the least economical product type of product to produce is the kind no one wants to buy. Many of us often argue the need to let market forces prevail.
The American farmer has a rich tradition of adaptation and I have every confidence that more will continue rising to the occasion by progressing on animal welfare measures—rather than trying to slow them down—that’s good not just for the animals, but for consumers and their own bottom lines.