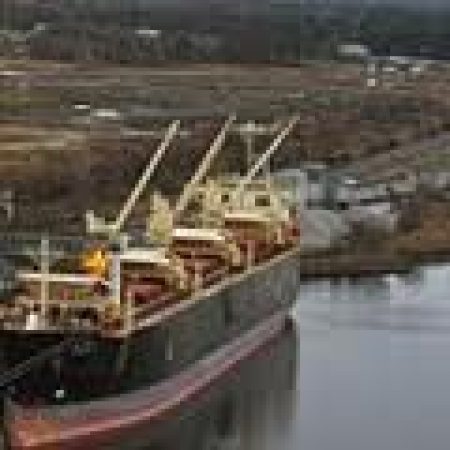 Virginia’s economic developers expect a wave of manufacturing and logistical
investment when the Panama Canal expansion is complete. Opportunities this big, they say,
come along only once in a generation.

New mega-industrial parks and a proposed $1.8 billion highway could help create
a world-class economic development asset in an unlikely corner of Virginia: the sparsely
populated peanut country between Petersburg and Suffolk. Traversing farms, woodlands and
hamlets, the 55-mile corridor has the potential to become one of the major sources of economic
growth for Virginia in the decade ahead.

That assessment comes from Liz Povar, director-business development for the Virginia
Economic Development Partnership (VEDP). “We see this as the future of Virginia,” she
says. “That’s a big statement — and I’m serious about it.”

The completion of the Panama Canal expansion by 2014 or 2015 represents a historic
opportunity for Virginia, according to Povar, an economic development professional whose
career spans a half-dozen or more Virginia governors. A third, wider lock in the canal will allow
massive vessels holding 18,000 TEUs – four times the capacity of existing ships – to traverse
Panama, diverting significant traffic from West Coast Ports. At present, Hampton Roads is
the only East Coast port with channels deep enough to receive those deep-draft ships, giving
Virginia a first-mover advantage in capturing the anticipated surge in traffic before other ports
can make needed investments.

The growth in container shipments will be a boon to the Port of Virginia, of course.
But the McDonnell administration hopes to leverage the traffic into massive new investment
in logistics facilities and advanced-manufacturing complexes whose supply chains run through
the ports. Economic developers are gunning for economic game-changers that bring a network
of suppliers in their wake — like aerospace giant Rolls Royce, which in 2007 announced
investments potentially reaching $500 million in Prince George County.

The VEDP, the port and local industrial development authorities have seen this
opportunity coming for some time. But not until the McDonnell administration have all the
stakeholders coordinated efforts, plotted a cohesive strategy and backed it up with substantial
state funding, says Povar. The state has committed $500 million in public dollars to build the
new U.S. 460 connector, created tax incentives to stimulate port activity and, awaiting the
governor’s signature, enacted tens of millions in tax credits for companies investing in a new
development zone. Meanwhile, state officials across agencies and secretariats are partnering
to “reach out to selected companies that can utilize the assets of a strong logistics network,” she
says. Sussex, Southampton and Isle of Wight counties are creating giant industrial parks that will
provide enough acreage for the biggest facilities.

This emerging vision for the future of downstate economic development has yet to spread
beyond the stakeholders involved. The only piece of the plan to occasion much debate is the U.S.
460 connector, which is said to provide a critically needed alternative to the overloaded Interstate
64 out of Hampton Roads. Smart Growth advocates question the economics of a highway project
that requires such a massive public investment, while some Hampton Roads officials would
prefer to see the $500 million steered to transportation priorities closer to the urban core. But no
one has yet disputed the premise that an economic boom could be in the offing.

If the mega-sites succeed in attracting OEM manufacturers, they potentially could
account for $5.26 billion in direct, indirect and inducted economic output accounting for 8,300
jobs, according to a recent report by Chmura Economics & Analytics.

And that’s just on the manufacturing side. Between Virginia’s ports, double-stacked
CSX and Norfolk Southern rail service extending to the Midwest and Southeast, and connections
to Interstates 95 and 85, Povar says that southeastern Virginia has what it takes to become a
world-class logistical center. She sees the region growing into a warehouse-distribution node
comparable to a half dozen clusters around the country like Alliance Park near Fort Worth, Tex.,
the FedEx complex in Memphis, Tenn., and the port and logistics activities around Long Beach,
Calif.

The economic boon will extend beyond the Petersburg-Suffolk corridor. Industrial sites
on I-95, I-85 and U.S. 58 could come into play. “We’ve got under public control more than
5,000 acres and 2.5 million square feet of existing buildings that could be used for advanced
manufacturing and logistics/distribution,” says Povar. “We have over 22 publicly controlled
industrial parks with water, fiber, sewer and zoning. … All of those combined, once they are
packaged and marketed in an aggressive and sustained way, can help make Virginia a world-
class logistics headquarters.”

Povar’s job is to sell Virginia, and Bob McDonnell is giving her something to sell. It’s
no surprise that she’s enthused by the grand new vision. But she’s not the only one drinking the
Kool-Aid.

“I can give you example after example of communities climbing out on a limb
and spending money on infrastructure and development,” says Renee Chapline, executive
director of Virginia’s Gateway, which markets the economic development region around
Petersburg. “Sometimes you have to spend money to make money. That’s the nature of
economic development.”

Sussex County, Va., population 12,087, has assembled the land for a 610-acre industrial
property that economic developers will promote as a mega-site. The property sits on the Norfolk
Southern dual line, abuts the planned route of the new-and-improved U.S. 460, sits next door
to the county water-sewer facility and has natural gas nearby. Even sweeter, the land has no
wetlands, is flat and will require little grading. “Everything is pretty much there,” says George E.
Morrison III, deputy county administrator and director of economic development.

A 2005 study underwritten by the Virginia Tobacco Indemnification and Revitalization
Commission had identified the site as a favorable location for economic development. But
Sussex didn’t have the money to purchase it. “We would show properties,” says Morrison, “but
when it came down to brass tacks, companies looking at this corridor would ask, ‘Do you own
the site?’” If Sussex didn’t own it, Sussex didn’t control it, and prospects would look elsewhere.
Sussex County now has acquired the property for $4.4 million, with the Tobacco
commission covering 90% of the cost.

Isle of Wight County, population 35,000, has assembled an ever larger tract of industrial
land near the tiny town of Windsor. Between the county-owned Shirley T. Holland Industrial
Park and adjacent Norfolk Southern property, the county owns roughly 3,000 contiguous acres
with access to the Norfolk Southern rail line and the existing U.S. 460. Columbia Gas has built
a step-down station, and a previous county board installed additional water capacity. “It’s unreal
that it’s been happening so quickly,” says Lisa T. Perry, director of Isle of Wight economic
development.

The widening of the Panama Canal coincides with the revival of the U.S. as a competitive
manufacturing platform, creating a once-in-a-generation opportunity for Virginia. “Offshoring is
turning into re-shoring,” Perry says. OEM manufacturers, both international and domestic, have
been visiting Isle of Wight. Two of them are Chinese.

“We’ve got very large private development entities from around the world coming and
looking at us, interested in buying up a couple thousand acres and putting private money into
industrial parks,” Perry says. “You know you’ve got something going when the private sector
comes down and says, ‘We want a piece of the action.’”

While the post-Panama Canal boom could be “life changing,” Perry does not believe
the business will fall in Virginia’s lap. She sees the U.S. 460 Connector as vital to avoid
transportation bottlenecks out of Hampton Roads, and she thinks the state must be seen as
supporting it. “These private-sector groups want to see the state have some skin in the game. We
have one-term governors. Administrations change. Private-sector companies are very sensitive to
that. If [the state] has a stake in the game, they’re going to support it.”