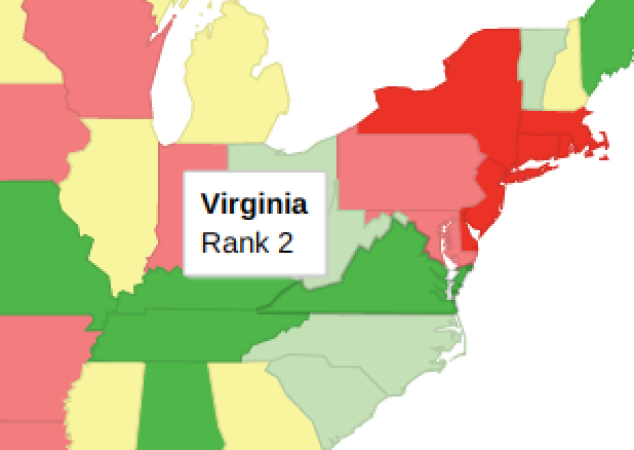 Each year when we release the Annual Highway Report, I receive a flurry of calls asking how states can improve their highways. Maintaining a quality state highway system is obviously difficult and complicated. While many factors play a role, the adoption of an accurate quantitative process based on cost-benefit analysis is one of the most important steps to improving the overall highway network.

Unfortunately, a recent Federal Highway Administration (FHWA) survey of state departments of transportation (DOTs) officials found that only five or six states systematically use cost-benefit analysis to evaluate transportation projects. FHWA’s survey found that state DOTs also use life-cycle cost analysis and multifactorial scoring systems to make decisions on whether to fund a project. Most state DOTs do not include measurements of transportation projects’ effects on emissions or freight. There are also problems with the accuracy of state estimates of traffic demand.

The Strategic Mobility Formula gives the following weights to these evaluative categories:

Since implementing this, North Carolina has been able to dedicate more resources to capital and bridge spending while maintaining top-25 rankings in all four of the Annual Highway Report’s pavement condition categories without increasing taxes.

Similarly, prior to 2014, Virginia used a multi-criteria evaluation system that used qualitative factors (such as, local and regional support) to determine whether to fund a project. This system failed to include quantitative metrics such as cost-benefit analysis. In 2014, to address this problem, the Virginia Legislature adopted the HB 2 Prioritization Process for Project Selection, which instituted a method for quantitatively scoring prospective transportation projects before they were reviewed by the Commonwealth Transportation Board (CTB). (In Virginia, the CTB allocates funds for transportation projects).

I have some minor concerns with the Virginia model. By examining benefits on a regional or local level as opposed to a statewide level, the system risks prioritizing small projects over large projects. For example, a bicycle project could score better than highway capacity or expansion of the Blue Line/Orange Line/Silver Line Metrorail tunnel under the Potomac.
I also don’t think the current system weighs safety highly enough. Regardless, it is a major improvement over the previous process, which dispersed funding over so many projects that there was seldom enough money to build any major projects. And, similar to North Carolina, Virginia maintains top 25 rankings in all four pavement categories, although urban traffic congestion is a major problem in several areas of the state.

However, CalTrans’ methodology has a major problem — In calculating travel time savings, it does not include travel demand network data. As a result, this skews the analysis inputs, making the conclusion of the cost-benefit analysis inaccurate.

Almost every state could benefit from a quantitative review process, including states viewed as effective and innovative. Recently, an audit of the Georgia Department of Transportation (GDOT) found that the agency does not have a formal cost-benefit analysis process. Auditors found that GDOT’s initial project selection process is not transparent and includes very few objective criteria. Further, the $2 billion project to build truck lanes on I-75 between I-475, north of Macon, and Henry County in the southeast Atlanta suburbs, was approved without any cost-benefit analysis. To its credit, GDOT has refined its scoring method and revised scoring criteria to meet objective goals.

GDOT ranks first or second in delivering projects on-time and under-budget. The state’s pavement condition ranks relatively high. And much of the criticism of the agency has come from the Southern Environmental Law Center, a group that opposes nearly every type of roadway project.

Further, developing an accurate scoring system for state transportation projects is daunting and challenging. Implementing a system with major flaws, as has happened in California and Washington, would be a step backward for many states. Yet, as North Carolina and Virginia have shown, it is possible to adopt an effective, accurate system that improves a state’s process and infrastructure. In addition to improving project selection, developing an effective cost-benefit analysis system can make it easier for transportation departments to generate support from both elected officials and taxpayers, which is critical to building and maintaining an effective transportation system.
Email this author