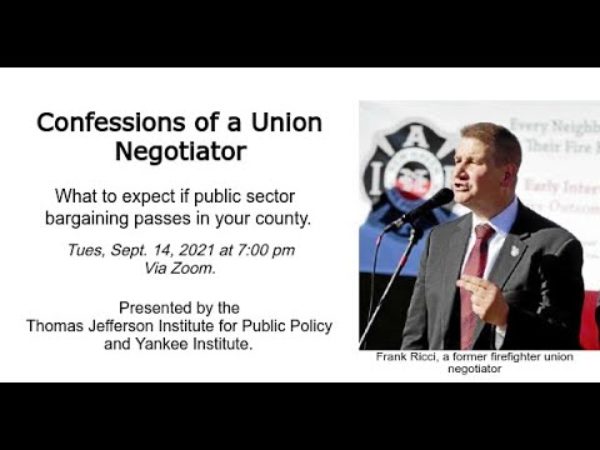 Counties, cities towns, and school boards in Virginia now have the ability to allow government unions to collectively bargain on behalf of all public employees. While there is no obligation to allow such monopoly union contracts, local governments and School Boards who wish to consider public sector bargaining should go into it clear-eyed about what it entails.

Mr. Ricci talked about how the process works in the real world of collective bargaining. He shared the pitfalls of public sector bargaining he learned while being on the union side of the bargaining table in Connecticut.