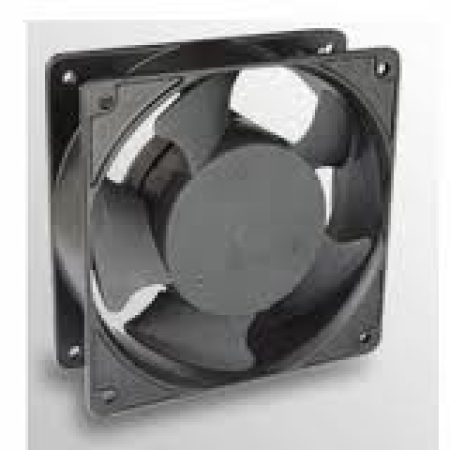 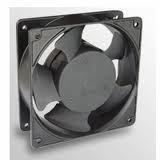 (Gary Basie lives in Fairfax and is a nationally recognized environmental attorney.  His articles show the impact of government regulation on our important agricultural community.  What he writes about impacts our farmer here in Virginia.)
On November 14, 2011, EPA sent an order to a West Virginia poultry operator claiming the operator had violated the Clean Water Act (CWA) and its regulations by ” …discharging pollutants from a concentrated animal feeding operation (CAFO) without a National Pollutant Discharge Elimination System permit (NPDES)” from its exhaust fans!
EPA ordered the poultry operator to seek an NPDES permit, and failure to do so “…may result in further enforcement action involving civil or criminal penalties.” Failure to follow EPA’s order could result in the poultry farmer incurring fines of at least $37,500 per day, and the operator was given 10 days to respond. Fines and imprisonment are possible, threatened EPA!
EPA claimed it had found CAFO dust emitted from the buildings’ fans may contain feathers and fine particulates of dander which are ejected from the operator’s poultry house ventilation fans on to the ground and may from rain fall flow into waters of the state.
EPA does not allege that the dust from the CAFO ventilation fans came into contact with rain fall or storm water runoff. EPA alleged in its Administrative Order that if there was a rain event, the dust, including feathers and fine particulates of dander, “would” come into contact with rain and possibly be carried into nearby manmade ditches. No EPA representative has observed any water leaving the poultry operator’s facility. EPA representatives have only observed that the air emission discharges of dust “would” possibly run off of the property.
Two U.S. Courts of Appeal have made it clear to EPA there must be an actual discharge of a pollutant into a water of the state or the United States before a CWA permit is required. EPA now threatens CAFO producers with civil and criminal penalties for the possibility of discharging into a water of the United States, with no proof!
EPA initiated this action against Mrs. Lois Alt in Old Fields, W.Va. Initially she followed EPA’s scary Administrative Order, and indicated she would apply for an NPDES permit. Be aware that EPA is using this threatening tactic against numerous producers in various states in order to threaten them and frighten them into applying for an NPDES permit.
EPA’s allegations are that rain water runoff “can” come into contact with ventilation dust which contains pollutants when it falls out of the air on to the ground. The EPA charge goes on to allege there are several manmade ditches with culverts that help facilitate rain water away from the poultry houses and towards Mudlick Run. The second major charge is that EPA believes rain water runoff from the northern end of a concrete pad in-front of a compost shed “can” drain to an unnamed tributary.
Because of these two possibilities EPA issued an Order requiring Mrs. Alt to apply for an NPDES permit under the CWA and if she did not threatened her with retaliation.
Mrs. Alt did something very brave. She called an attorney to inquire as to whether EPA had such authority. The attorney advised Mrs. Alt that she did not have to bow down to EPA’s threats of civil and criminal enforcement and that she did not need a permit.
On February 12, 2012, Mrs. Alt advised EPA that she did not require an NPDES permit because the rain water which might be discharged from her poultry operation fell under the agricultural storm water exemption, and she is not required to obtain a CWA permit.
Turning the tables
In fact, Mrs. Alt turned the tables on EPA and sued the agency in United States District Court. Her new lawsuit challenging EPA’s Order is the first federal case which will test whether feathers and dust from fans ejected from CAFOs when they fall to the ground and wash into waters are subject to EPA NPDES requirements. (A similar case is testing the same issue in North Carolina.)
If the federal court and the North Carolina courts determine that dust, feathers, ammonia, and other air emissions from CAFOs are pollutants subject to NPDES requirements, the impacts will be enormous, not only for CAFOs but for all industrial facilities that emit pollutants which fall to the ground and eventually run into waters of the state.
EPA and North Carolina are going after CAFOs that release airborne dust, feathers and ammonia because they believe fan exhausts from CAFO’s deposit pollutants outside CAFOs on the ground from air deposition and such airborne deposition emissions contribute to water pollution.
If EPA gets by with this enormous expansion of its legal power and can control airborne deposition of air pollutants from CAFO’s, there is no end to the mischief and destruction EPA can and will bring to CAFOs and their owners in the United States.