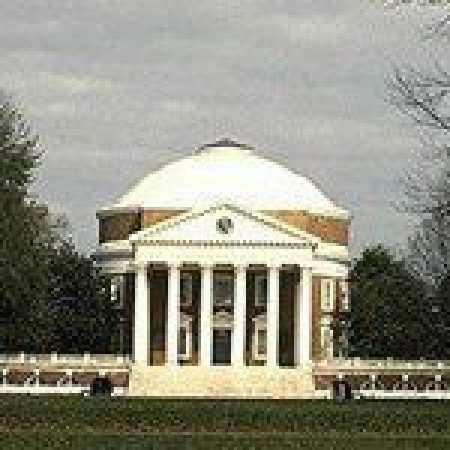 Nearly ten months after the president of the state’s flagship university was fired due to a vaguely explained conflict of visions with its board and a somewhat clearer conflict of management styles, the standoff remains unresolved. Rector Helen Dragas and president Teresa Sullivan, who was reinstated by the nervous trustees after a sustained campuswide outcry, seem only half-reconciled. That is a difficult context for thoughtful movement into the future.

Dr. Sullivan’s recent recommendation for another substantial tuition hike at the University of Virginia—amounting to $83 million over four years—may well add to the friction with the politically well-connected Dragas, who heads a home construction company and has been accused of an impatiently autocratic approach unsuited to academe.

The rector (the rather exalted title of the Board of Visitors chairman, who is appointed, like her colleagues, by the governor) wants a more fiscally efficient, more entrepreneurial, more technologized institution yet still a highly prestigious one. That is a tall, even if ultimately reasonable, order.

The president, a sociologist by training who has much experience as an administrator at major universities in other states, is well-liked in Charlottesville, where she took office in 2010. Sullivan’s vision is less clear, or certainly less concise, than Dragas’s—but perhaps understandably so, since she has firmly defended a more consensus-seeking type of leadership as the most effective one at such a school. She also seems more skeptical of academe’s modest trend toward online learning, a potential cost-cutter that it may be too easy for non-academics to fall in love with.

Dragas has said she opposes tuition hikes, at least to pay professors more. But she also wants, like Sullivan, to boost salaries.

The president’s plan, still in draft form pending board action, calls for tuition increases of 2.5 to 3.5 percent a year. UVA would also begin charging upperclassmen higher tuition than freshman and sophomores. That step is justified, Sullivan says, by the smaller class sizes, special “capstone” courses, international study options, career services, and research opportunities from which the third- and fourth-years benefit.

The extra money is for a faculty and staff raise recently approved by the General Assembly, the campus library, information-technology modernization especially intended to enable more sophisticated quantitative research by the faculty, and a “strategic investment” fund to be available for various purposes: recruiting and retaining “star” professors, financing partnerships with the private sector, supporting new programs. (Projected cost savings in procurement, student services, and administration would also contribute to the strategic fund.)

Virginia policy blogger James Bacon may be right to complain that the Sullivan plan “champions the interests of the faculty and administration over those of the students.” Only a small portion of the four-year tuition increase would be recycled into student aid, even though UVA has become much less affordable in recent years.

UVA officials are struggling to balance excellence—or is it, actually, that related but slightly different goal, maintaining an elite national reputation?—and the need to prevent complete unaffordability. Their task is made harder by the fact that although UVA is a state-controlled institution, the Commonwealth provides just a sliver of its budget: less than 6 percent in fiscal 2012, down from one-quarter in the early 1990s.

According to the American Council of Trustees and Alumni, a higher education reform group whose president, Anne Neal, has been outspokenly supportive of Dragas, UVA undergraduate tuition and fees grew by 38.1 percent—in inflation-adjusted dollars—between 2004-05 and 2010-11. The most prestigious private university in Virginia, Washington and Lee, increased its tuition by a comparable 35.8 percent. George Mason University, which is public, grew its tuition by exactly as much as UVA.

Elsewhere in the public sector, the increase was a substantially worse 45.2 percent at Virginia Commonwealth University and 48.8 percent at William and Mary. But James Madison University and the Virginia Military Institute, at 24.3 and 32.6 percent respectively, had significantly smaller increases.

A recent report on the 2012 Dragas-Sullivan conflict by a team of investigators appointed by the American Association of University Professors—a document highly critical of the rector, and of the board Dragas initially succeeded in lining up against the president last spring—noted that the school seems to be in decent fiscal shape.

“The investigating committee,” it said, “was assured by everyone knowledgeable about the subject that the University of Virginia is on a sound financial footing. It is true that state support has declined significantly over time. But this decline has been experienced by public institutions of higher education nationwide, and by all accounts the University of Virginia is in a better position than many others to cope with it.”

Dragas and Sullivan, however, both worry about keeping up the reality and appearance of first-rate quality at Charlottesville, and both have said they consider higher pay a priority. In the US News rankings for overall quality, UVA is 24th among “national”-category universities. In average faculty salary, it’s a respectable 26th among the top 62 research universities. (But what of geographical differences in cost of living?) Sullivan has said it would cost an additional $65 million, over the next four years, to reach the top twenty in faculty pay.

But considering the fact that one of the central purposes of public higher education is to give students an option more affordable than private schools, perhaps the proper comparison for UVA is really just with other leading public universities. In any case, one wonders whether anybody with clout is seriously asking whether—if it requires yet more tuition growth amid a sluggish economy, where parents’ money comes from—maximizing UVA’s ranking is so vitally important in the near future.