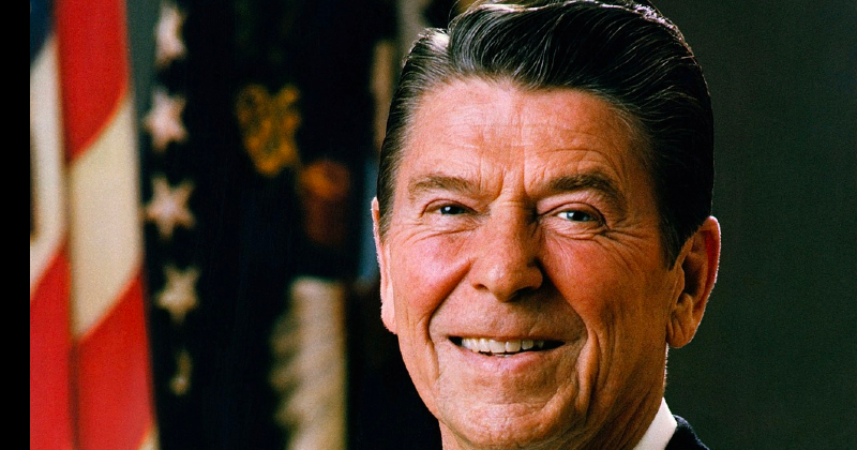 Time for Public to Speak

“I urge you again to contact your Senators and Congressmen …. Tell them you believe this is an unequaled opportunity to help return America to prosperity and make government again the servant of the people.”
— Ronald Reagan
July 27, 1981

Richmond, like Washington, has always been a place where an “insider’s game” is played – not in a pejorative sense, but simply as the way things are done.

Relationships are paramount, people speak in the arcane language of lawmaking, agendas are confusing for outsiders, and the activities of a subcommittee for an obscure commission are followed in detail because those in the know understand that what happens there will end up as a new regulation.

But in July, 1981 President Ronald Reagan did something no president had done since Franklin Roosevelt:  He reached beyond the insiders and appealed directly to the public, asking for their help in securing approval of his tax rate cut of 25 percent over three years.  Reagan’s ploy worked.  When passed, the tax cuts led to an economic recovery lasting 92 months without a recession.

Now comes Governor Glenn Youngkin, launching a six-figure television campaign with a commercial laying out his own tax proposals and implicitly, if not explicitly, asking Virginians to weigh in.

This is not “the Virginia Way” of decision-making unhindered by the voices of voters and taxpayers, and Senate Finance Committee Chair Janet Howell immediately declared the ad “counterproductive.”

Counterproductivity, however, is in the eye of the beholder.  So, too, is fairness.  Despite holding only a one-vote majority in the Senate, Senator Howell sits astride a committee with 12 Democrats and five Republicans.  Because of that one vote majority, Senate Democrats are empowered to “stack the deck” and stack it they have, with one committee holding a four to one majority for the Left.

If the Youngkin tax agenda fails, it will be on purely political grounds.  National Democrats may deride the independence of West Virginia Senator Joe Manchin declaring him “one lone man obstructing the President’s agenda” but in Virginia one Senator empowers the obstruction of … well, everything.   Joe Manchin is a piker.

Having lurched so far and so quickly to port during the preceding two years that the electorate rejected their state-wide and House of Delegate candidates in 2021, the Left holds only the Senate … and that most likely because the body was not up for re-election.  Describing themselves as a “brick wall”, they’ve not been hesitant about exercising their right to obstruct nearly everything.

Which is why Youngkin’s public focus on the tax issue is so dangerous for their future.  With voters facing not only the worst inflation in 40 years but also higher taxes resulting from recent tax law changes, the public is unlikely to be sympathetic to the Senate Democrats’ argument that they have to block tax reductions in order to meet “unfunded needs” – especially when Virginia sits on a surplus of more than $16 billion, and even the House/Youngkin proposal would leave most of it untouched.

Doubling the standard deduction alone means that every working Virginia couple would see an immediate and permanent tax reduction of $517.  Add to it the short term boost of a gasoline tax break and elimination of the grocery tax and we’re not talking “billions.”  For Virginia families, we’re talking “real money.”

The opponents’ case is weak, made weaker by a Biden-fueled inflation and their own past tax policies.  A contest in which citizens decide whether government or they, themselves, know better what should be done with their earnings, is usually no contest at all.

In full disclosure, moving the resolution of policy issues away from “inside baseball” to an “outside-in” strategy that empowers and encourages Virginians to engage is one the Thomas Jefferson Institute has now favored for some time, and acted on.  We are glad to see it come to pass.  Our own ads encouraging Virginians to speak out on the tax issue (albeit with a much smaller budget) preceded the Governor’s by more than a month.

But for Governor Youngkin, there are risks as well.  Once the gauntlet is thrown, it will be harder to turn back, and success depends on Virginians responding.  Will they?  Those favoring the economic stimulation coming with lower taxes should identify their elected officials now, and let them know where they stand.

In so many ways, it is a time for choosing.

A version of this commentary originally appeared on March 29 in The Fredericksburg Free Lance-Star.

«
Green New Deal Still Rules in Virginia»
If U.S. Copies Europe, “It Will End in Tears”