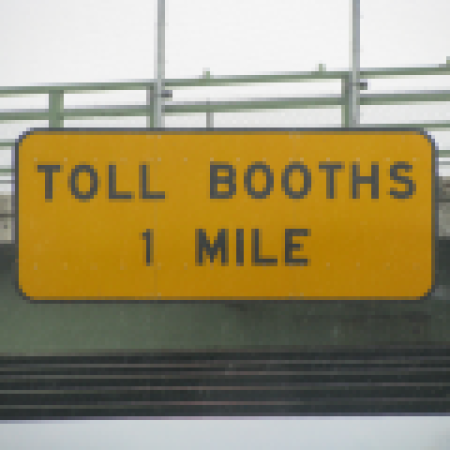 (This article is reprinted from Surface Transportation Innovations, a monthly newsletter published by the Reason Foundation).
This autumn marks the debut of three investor-financed toll projects, with the opening to traffic of the Jordan Bridge in Virginia, the I-495 express lanes on the I-495 Beltway in northern Virginia, and the SH 130 toll road between Austin and San Antonio. Each in its own way is a milestone illustrating the creativity of the private sector, working in partnership with enlightened state and local governments.

The Jordan Bridge spans the Elizabeth River about four miles south of Norfolk, replacing an obsolete steel lift bridge that was shut down in 2008 for safety reasons. Unlike the previous lift bridge, the new one provides 145-ft. clearance for the shipping channel. The bridge structure is just over a mile long, and was built by assembling 800 precast segments; each of the 35 spans is composed of 20 to 25 segments. As I reported here several years ago, this project resulted from an unsolicited proposal made to the City of Chesapeake by a consortium of United Bridge Partners, Lane Construction, and Figg Engineering. They offered to pay 100% of the $140 million cost in exchange for a perpetual franchise to operate and maintain the bridge as an investor-owned utility. Based on traffic projections, the initial bridge is just two lanes, but if and when traffic justifies expansion, the company has the right to build a parallel span adding two more lanes. The bridge opening was preceded by a weekend “Bridge Bash” on October 27th, with traffic beginning on Oct 29th. Needless to say, the bridge uses all-electronic tolling (AET); customers may use either E-ZPass transponders or opt for Pay-by-Plate license plate tolling at a higher rate.

On November 17th, the I-495 Express Lanes open to traffic on northern Virginia’s chronically congested Capital Beltway. This project also resulted from an unsolicited proposal, originally by Fluor, to build express toll lanes for about a billion dollars instead of the unpopular and unaffordable Virginia DOT plan to spend $3 billion adding HOV lanes to the Beltway. Since the company’s innovative design required very few property takes compared with the HOV plan, and would be largely self-funding from toll revenue, Virginia DOT saw it as a better alternative. By the time details had been worked out over several years, the price tag climbed to $1.9 billion due to the addition of many new ramps and reconstruction of bridges over the wider Beltway, so VDOT agreed to put in about $400 million. Fluor teamed up with experienced toll road developer/operator Transurban and the team financed the project during the depths of the global capital crunch. Details about the project’s many innovative features are provided in the following story.

Getting national publicity on Oct. 24th was the opening of what is technically Segments 5 and 6 of the new SH 130 toll road, which runs parallel to congested I-35 between Austin and San Antonio. This $1.39 billion project is the first toll concession project in Texas, awarded to the Cintra/Zachry consortium in 2006 and financed in 2008, like the I-495 project, in the midst of the credit markets crunch. Segments 1 through 4 of SH 130 are part of TxDOT’s public-sector Central Texas Turnpike project in the Austin metro area. After getting that part of the project underway, TxDOT was unable to work out a financing plan for the 41-mile segment between the two metro areas. Cintra/Zachry came up with an aggressive toll finance plan to pay 100% of the cost and to share revenue with the state if traffic and revenue exceed certain pre-defined levels. The consortium holds a 50-year concession, and is responsible for all operating and maintenance costs, as well as debt service on its bonds. Most national news coverage has been on the toll road’s 85 mph speed limit, the highest in the nation (and for which the highway was designed). The Oct. 24th opening was without tolls, to get people to try the route and compare it with congested I-35. Tolling began on Nov. 11th.