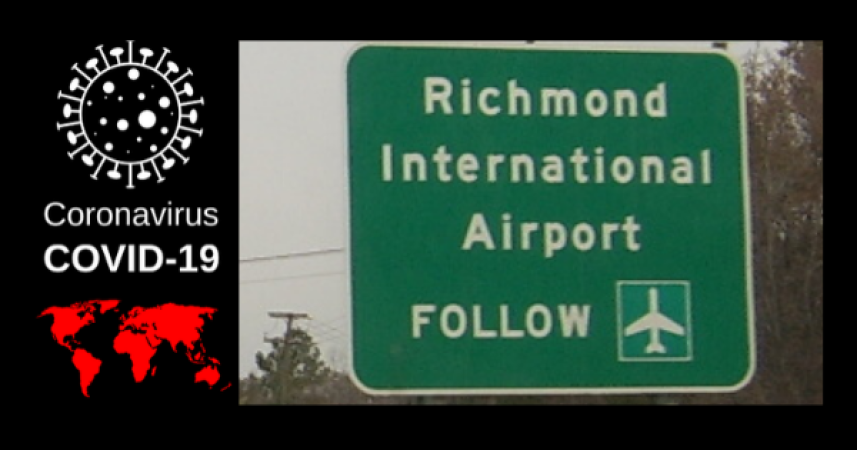 The Transportation World After COVID-19

As with the 9/11 terror attacks, one’s first reaction to a disaster like the COVID-19 pandemic is often, “This changes everything,” or less apocalyptically, “The world will never be the same.” The latter is closer to the truth, but I will amend it by saying that many things will likely change at the margin.

For example, there has been a lot written in recent weeks about a reversal of the emphasis on increasing urban density, which has been urged for ostensibly environmental reasons. Urban geographer Joel Kotkin has written a number of pieces on this, noting that coronavirus hot spots worldwide and in this country tend to be major cities like New York City and Milan. To be clear, we should not expect New York City, London, Paris, and Tokyo to be abandoned, but recent years have seen outmigration from New York and San Francisco for less-dense and more-suburban metro areas. As people realize the correlation between very high density and even the ordinary flu, there may be more outmigration, at the margin.

The same personal calculations may increase the desire of (especially) families with children to move to less-dense suburbia, where they and their children are less-exposed to contagions of whatever source. This may reduce market demand for infill housing and increase demand for suburban and exurban housing. It might even reduce political support for policy measures that increase density, such as bans on single-family zoning.

Turning more to transportation, the large increase in online shopping, boosted considerably by recent lockdowns and required closures of retail stores, will likely accelerate the pre-existing trend in that direction, which is not good news for investors in malls. As more shopping shifts online, it is good news for the trucking industry (and possibly for railroads providing intermodal service hauling containers from seaports to major distribution centers). But all of the increase in merchandise ordered online will be delivered by trucks (drone delivery is a side-show). Already, U.S. DOT projections of truck vehicle miles traveled (VMT) were running at about twice the rate of growth in personal-vehicle VMT. That makes rebuilding and modernizing the Interstate highways all the more important, including the addition of dedicated truck lanes in key long-distance Interstate corridors like I-10, I-40, I-65, I-70, and I-81.

Another important change concerns all-electronic tolling. Across the country, numerous toll systems have announced “temporary” conversions to only electronic tolling, to shield customers and toll collectors from contagion. This is true statewide on Florida, Maryland, and Illinois tollways (although the Ohio Turnpike has shifted to exact change only!), the Harris County (Houston) toll road system, the Dulles Toll Road in Virginia, and many smaller systems such as the Delaware River toll bridges in Pennsylvania, the Mackinac Bridge in Michigan, the Lake Ponchartrain Causeway in Louisiana, and others. If this pandemic goes on for many months as predicted, I expect many of these providers will scrap manual toll collection permanently.

Speaking of tolling, with traffic down significantly everywhere, rating agency Moody’s released an outlook report on US toll roads on March 20. Obviously, its near-term outlook is negative, with reductions in traffic and revenue for an unpredictable period. But the report’s summary pointed out that “statewide or regional toll systems have significant scale and entrenched market positions with strong liquidity that enable them to absorb both short and prolonged traffic shocks.” Moody’s also said, “[Debt] coverage will decline in 2020 compared with 2019 for nearly all toll roads, but liquidity will remain strong.” Additionally, Fitch has just reaffirmed its investment-grade ratings on nine major long-distance toll road systems.

The sharp reduction in driving is reducing gasoline sales, and hence gas-tax revenue. IHS Markit estimates that U.S. demand for gasoline could fall by as much as 50 percent during the response period to the coronavirus. This will accelerate the decline that was already under way in many states, and that could increase political interest in making the needed transition from per-gallon gas taxes to per-mile charges.
One change I think will be mostly temporary is online conferences. Of necessity, many events that were scheduled for this year will be either cancelled, postponed, or done in some kind of virtual fashion. We will likely see improvements in online meeting technology, as companies and organizations figure out ways to do this for larger groups of people, perhaps even up to the scale of the 14,000-participant Transportation Research Board annual meeting. But a major drawback of virtual conferences is the lack of unplanned get-togethers in the corridors, impromptu lunch meetings, and the idea-hatching that later turns into a project or a serious policy proposal. I don’t see how that can be duplicated online, so I think business air travel will bounce back, as it did in the years after 9/11.

A version of this commentary was originally published in the April 9, 2020 edition of Surface Transportation Innovations Newsletter.

«
Why Aren’t Farmers Included in Disaster Loans?»
The Revolution Has Been Postponed, Not Cancelled