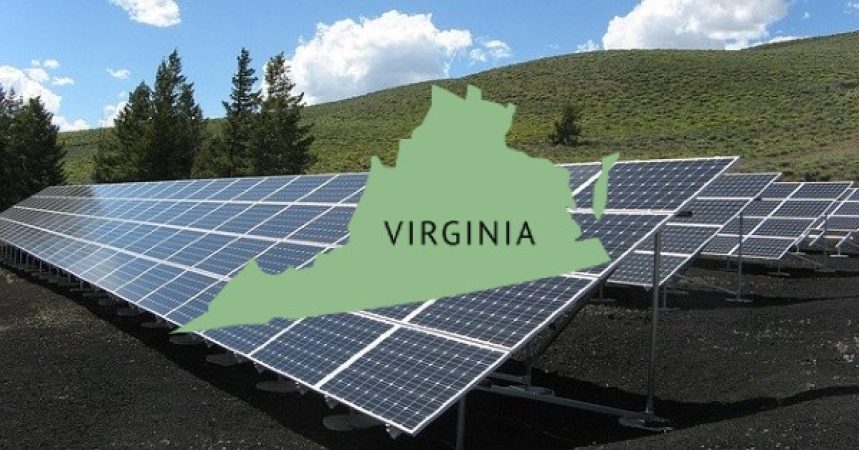 The Virginia Clean Economy Act (VCEA), passed in April by the Virginia Assembly and signed into law by Governor Ralph Northam, provides both the legal framework for electric energy production in the Commonwealth for the forseeable future, and also prescribes the mandates which Dominion Energy must follow to carry out the philosophy underlying this legislation.

The VCEA is one of the first pieces of energy legislation in the US purporting to provide electricity under a mandate of “net zero” carbon dioxide “emission” by the year 2050. In other words, it is legislation crafted by ”green” activists to fulfill their belief that the release of man- made CO2 during the production of electricity should be cut to zero.

This radical philosophy, which is embodied perfectly in the “Green New Deal”, is a doctrine enthusiastically embraced by the Democrat Party and the left wing of the environmental movement.

When put into practice what kind of electric energy world would this philosophy impose on Virginia consumers? What would it cost? What would it do to the Virginia countryside? Would it be reliable? How would the State Corporation Commission (SCC) — the body which historically has been responsible for regulating Dominion’s electricity monopoly — implement the novel directives contained in the VCEA?

The answers to these questions are contained in the 71-page plan filed by Dominion Energy with the SCC in May 2020.

The answers are shocking and appalling. Never before in Virginia’s history has there been a legislative mandate of such a sweeping and extreme proportions for electrical generation.

Dominion Energy confirms that, by following the mandates of the VCEA, the results will be:

So radical are these mandates that, for the first time in history, the SCC has effectively been entirely stripped of its authority to regulate electricity generation in Virginia, thereby jettisoning the SCC’s historical responsibility to assure Virginians of both the lowest possible cost of electricity coupled with the highest reliability.

There are also a number of other dangerous consequences which will be levied on the average Virginia family by the VCEA:

Because Dominion is a regulated monopoly, every expense it incurs as a result of the VCEA will be paid for, one way or the other, by VA ratepayers, in order to assure that Dominion shareholders earn a legally required return on capital.

The VCEA requires – like the famous phrase emerging from the Viet Nam war – that the Virginia countryside must be destroyed in order to save it. The new solar fields required by the VCEA will blanket 490 square miles of Virginia farm and forest land – an area nearly half the size of of the State of Rhode Island, eight times the size of the District of Columbia, and 25% larger than all of Fairfax County.

The question then becomes: All of this cost, unreliability, and environmental degradation is required exactly for ……… what ? The results can be summarized this way:

The VCEA will have absolutely zero positive impact on climate, and a devastating negative impact on the environment. Under the VCEA, Virginia will not have cleaner air, purer water, or a more beautiful countryside. Fifteen years from now, not a single Virginian will be able to see, touch, or smell any difference or improvement in the environment resulting from the VCEA. But they will be able to see a landscape ruined by solar panel eyesores and ugly transmission towers.

By embracing radical environmentalism, Virginia seems to be vying with California for the title of creator of the most destructive and unreliable energy policy, at the highest cost to its citizens, in the country.

By enacting legislation based on the deeply partisan, radical ideology of eliminating fossil fuels, and replacing them with costly, inefficient, and unreliable wind and solar energy, Virginia Democrats have bet the farm. As these cost burdens and unintended consequences become known, one can anticipate furious backtracking, finger pointing, and calls for repeal coming out of future sessions of the Virginia legislature.

There is nothing clean, green, renewable, or sustainable about the Virginia Clean Economy Act.