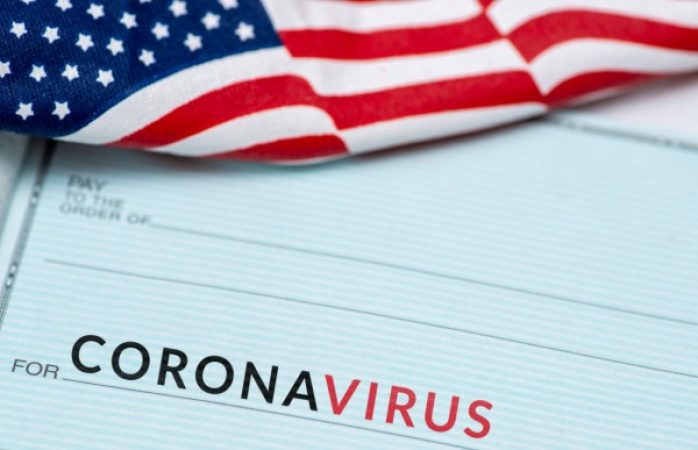 Something for Everyone in COVID Money Flood

Will $50 million be enough? Will that get all the Virginians who have fallen behind due to COVID-19 square on their rent or mortgage payments?  Or is that amount, in a new relief program detailed Monday by the Northam Administration, merely a start?

There is a hint on the program’s web page. “Financial assistance is a one-time payment with opportunity for renewal based on availability of funding and the household’s need for additional assistance and continued eligibility.”  Of course, it is just a start.  A Senate committee was told last week that Governor Ralph Northam is considering spending hundreds of millions more for the same purpose.

Why not?  The flood of COVID-19 relief money from Washington continues, with applicants lining up for their share.  Within the more than $28 billion directed to Virginia in just a matter of months, the money to help with late rent and mortgage payment constitutes a rounding error.  Much of the rest is going to businesses or individuals with far less need.

The Virginia Senate Finance and Appropriations Committee met virtually on June 23 to be briefed, among other things, on how the four waves of federal assistance have been or will be spent.  The meeting was not reported at the time, but was recorded, and the presentations are online.

Secretary of Finance Aubrey Layne, in his presentation, estimated that Virginia has received more than $28 billion in direct aid – $6.5 billion direct to the state and local governments, $14.4 billion to state businesses in the Payroll Protection Program and $7.3 billion pledged to municipal liquidity facility loans to cover revenue losses.

That does not, repeat not, include the funds flowing to individuals through the supplemental unemployment insurance payments (that extra $600 per week) and the billions paid out in those individual stimulus checks to federal taxpayers. The unemployment bonus alone may exceed $1 billion per month feeding Virginia’s economy.

In all, Layne estimated, the four bills which have passed Congress (so far) created 79 distinct paths for money to flow to the Commonwealth, its localities, its businesses, and its citizens. The most important to the state budget was an increase in the federal share of the cost of Medicaid, saving the state’s General Fund $650 million this year and next. Another $644 million has already been shared with local governments, not counting the $200 million Fairfax County got directly because of its size.

After all the state-level spending on emergency response, personal protective equipment, testing equipment and lab services and other direct costs of dealing with the disease, more than $2.2 billion remains unspent and presumably will carry into the new fiscal year
July 1.

In a separate presentation, the committee staff took 46 pages to detail all the ways the federal money is propping up the state, its localities, colleges and hospitals. It also provides a bit of historical context, contrasting the trillions spent nationally this year with $10 billion in grants to the states during the 2001 Dot Com recession and the $275 billion provided states during the Great Recession starting in 2008. This time, the big bucks (so far) have gone to businesses and individuals.

Virginia hospitals and other health care providers have received $1.7 billion to date, in two waves. Four hospitals hit hardest by COVID received $75 million, directly, with another $75 million to nine “safety net” hospitals. An additional distribution for Medicaid-only providers is pending this summer.

Despite all the money that has flowed out, the list of pending requests totals another $1.2 billion. The staff reported that the Department of Housing and Community Development wants a total of $235 million for rental and mortgage relief, homeless housing, and broadband expansion (so, indeed, $50 million is the down payment.)

In the early waves, $394 million was directed to Virginia colleges and universities.  Just one university, Virginia, has asked for $260 million more out of the remaining pot. Virginia Tech can get by with a mere $33 million more.  The Department of Social Services wants $171 million, “mainly for providing a stimulus benefit to immigrant families that are not eligible for social security numbers.”

The sugar high this has provided to the state’s economy so far, with the glucose drip right into the vein continuing into next year, explains why the state’s finances look far, far better than many expected. In fact, at one point in last week’s meeting, Senator Richard Saslaw, D-Fairfax, started pressing for an estimate on how much of the $2 billion frozen in the coming state budget could be released.  Layne demurred, but did not deny that much of the deferred spending may be restored.

This massive tsunami of federal largess, all borrowed from the future, far exceeds any precedents, like so much else that has happened in the past four months. It cannot continue. Yet it probably will. If you thought government spending would be among the COVID casualties, you were wrong. If you thought the Bernie Sanders utopian vision of society’s needs being met by unlimited federal spending died with his campaign, the pandemic brought it roaring back to life.

«
Working at Home and Implications for the Future Economy»
Johan Norberg’s Sweden’s Lessons for America!