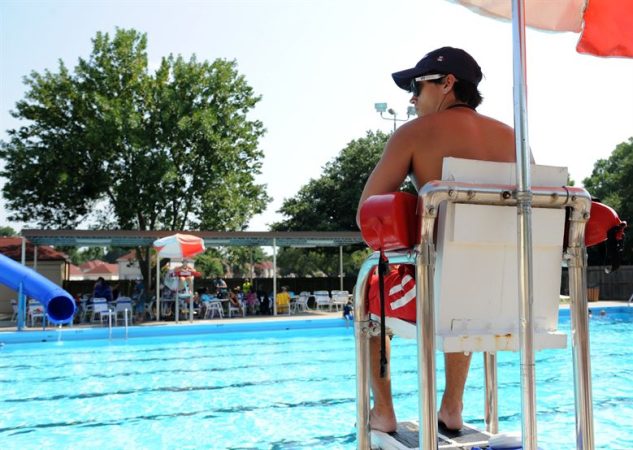 High school and college students are probably struggling to find summer jobs in this era of COVID-19.

Ads for some of the typical summer jobs for students have plummeted compared to a year ago, in large part, because of social distancing and the economic slump, based on Chmura’s Real Time Intelligence on job postings.

Yet there are some ads for jobs that have increased significantly from a year ago, showing just how much this pandemic is changing the way we live.

In Virginia, nine ads for lifeguard jobs were posted in 2020 compared with 60 in the prior year.

In the Richmond metro area, the peak for lifeguard positions occurred a little later — the week starting April 13 — with just two ads this year compared with 20 in 2019.

As of the week of May 11, job ads for lifeguards were at least 50% below a year ago in all three localities.

Ads for summer camp workers and recreation workers also are down considerably in the nation, state and metro area.

Demand for dog walkers is down, presumably because so many people can now walk their own dogs because they are working from home or are furloughed.

But some occupations have seen job postings jump considerably largely related to the pandemic.

Jobs for contact tracers skyrocketed to 1,672 ads in the United States for the week beginning May 18 from zero ads during the same week in the prior year.

Contact tracers have become important positions during the pandemic as the person is tasked with tracking down anyone who might have been infected by a person who was diagnosed with COVID-19 so those contacts can quarantine themselves and prevent further spread.

These jobs sometimes require a degree in nursing or certification in public health, but most of the ads are looking for people with good communication skills.

In Virginia, ads for contact tracers peaked at 56 during the week starting May 4 and peaked at 11 during the same week in the Richmond metro area.

These numbers are expected to rise as the Virginia Department of Health announced it is hiring 1,300 contact tracers across the state. Most of these ads came from public health departments, health care service agencies and providers, and consulting groups.

Ads for jobs containing the word temperature in the title have been climbing since mid-March and peaked at 203 the week beginning May 11. Ushers, lobby attendants, ticket takers and security guards topped the list of occupations requiring the ability to take temperatures of customers or clients at various businesses including airports, casinos and mail carrier facilities.

Fraud may be increasing during this pandemic, and it appears businesses are hiring more workers with cybersecurity skills to help combat that.

The number of cyber ads posted since the pandemic started generally outpaced the number from a year ago. In Richmond, those types of jobs jumped to 72 for the week beginning April 27 from 21 a year ago.

Capital One has by far the most ads.

A version of this commentary originally appeared in the June 8, 2020 edition of the Richmond Times-Dispatch.

«
The Statues are Coming Down. Now What?»
How the Green New Deal Destroys the Environment