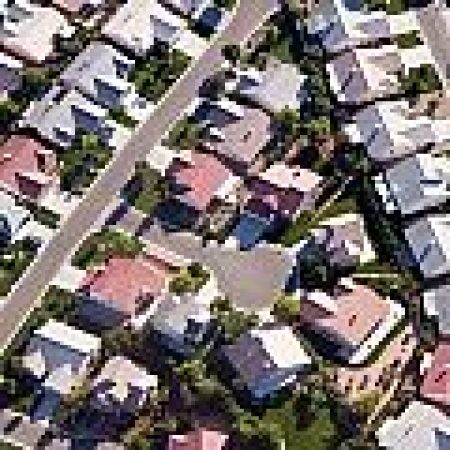 Smart Growth for Conservatives (Part 3 of 3)

First of all, they’re monopolies, which are not known for their dedication to cost control or public service. Second, they’re government-owned monopolies, which means that critical decisions on routes and fares are driven by politics, not economics. That’s inefficiency squared. Not only do transit monopolies represent a drain on taxpayers but they limit competition and innovation, slowing the evolution to more cost-effective, consumer- responsive, privately owned transportation alternatives made possible by new technologies like GPS-equipped smart phones. State-owned monopolies fail almost every known test of conservative principles.

In summary, real estate and the transportation sector that serves it is one of the most heavily regulated and subsidized sectors of the American economy. Only health care, education and defense can compete in the degree to which government intrudes. Not surprisingly, like those sectors, real estate is among the most dysfunctional sectors of the American economy. Many conservatives perversely defend the institutional arrangements that have created contemporary suburbia, with its scattered, low-density, disconnected and car-dependent pattern of development. But that is a disastrous mistake. Conservatives need to systematically apply their principles to transportation and land use with the goal of creating smarter, more efficient patterns of growth.

So, what would conservative transportation and land use policies look like? In a short essay such as this, it is impossible to enumerate those policies in any detail. And, as the saying goes, the devil is in the details. Frankly, because conservatives have given so little thought to conservative smart growth, it’s not always clear what those details are. An enormous amount of work remains to be done. The policies that follow are very broad brush-stroke and are meant mainly to stimulate thinking.

Roll back government regulation of the real estate marketplace. The current regulatory regime puts developers in a straight jacket that allows no outcome other than segregated land uses. We need to roll back the regulations that outlaw mixed uses, and we need to re-think the low-density mandates. Unfortunately, reversing sprawl-inducing rules without inducing legal and political chaos may prove to be difficult. Perhaps the rollback could be accomplished piece-meal. Perhaps counties could introduce alternative “form-based codes” that accommodate mixed uses and allow higher densities but buffer homeowners from the prospect of a high-rise being built next door. One way or another, we need to give developers more freedom to recycle outdated, auto-centric subdivisions and shopping centers into walkable, mixed use communities without enduring lengthy and risky zoning petitions when market conditions permit.

Restore homeowner property rights. Upon what philosophical principle does government prohibit individual landowners from adapting their single-family dwellings into properties that include income-producing garage apartments or granny flats? If Neighbor A fears that Neighbor B’s leasing out the basement to a college student will lower property values, should that fear trump the right of Neighor B to do what he wishes with his property? Think of all the homeowners these days who are having difficulty paying their mortgages. Why shouldn’t they have the freedom to make ends meet by taking in a roommate or converting the basement into an apartment? Think of all the people who have difficulty finding affordable housing. Why should they be forced to seek shelter in apartments that they can’t afford or neighborhoods they don’t want to live in?

Encourage innovation in real estate development. Have county zoning codes reached such a state of timeless perfection that they should dictate land uses for all time? Are planners so omnipotent that they accurately predict the market demand for housing and business space in a dynamic economy for years in the future? Not bloody likely. Governments should unleash entrepreneurs by giving them more freedom. Let the marketplace, not comprehensive plans, decide what gets built and where.
Deregulate mass transit. Municipal transit monopolies and taxicab oligopolies are economic dinosaurs. Taxicabs and municipal bus services following fixed routes on fixed schedules have changed little since the 1940s. The IT revolution is revolutionizing transportation services just like it’s transforming every other sector of the economy. The ability to track vehicles and riders by the GPS feature in their smart phones opens up possibilities for transportation services that no one could have imagined only four or five years ago. Governments should stop propping up failed, money-losing enterprises and clear space for the transportation innovators. The future will look a lot less like Yellow Taxicab and the city bus line and a lot more like Megabus, ZipCar, Uber and Jamaican jitneys.

Make growth pay its own way. Conservatives should embrace the principle that people and enterprises should be free to build what they want where they want as long as they do not cause harm to others — but they are not entitled to an unlimited claim on the taxpayer to fund the extension of utilities and public services to remote or inefficiently served locations.

Putting this principle into action undoubtedly will prove to be tricky in practice, and I don’t propose to have all the answers on how to do it. In general terms, however, I see it working like this: Cities and counties should levy an impact fee upon new houses, shopping centers and office buildings to cover the up-front capital cost of adding new schools, water-and-sewer capacity, public safety buildings and the like. The charge would vary, depending upon the location. If there is existing, under-utilized infrastructure in an old neighborhood, there might be no fee at all. If the location sits inside an officially designated service district, the fee would cover pro-rata costs. If the location is expensive to serve, the fee would be higher. The aim of the jurisdiction should not be to encourage or discourage growth and development, but to ensure that growth covers the cost of providing public services.

Adopt user pays transportation. Conservatives must stop subsdizing the auto-centric lifestyles of their rural and suburban constituents. The automobile is only one transportation mode among many, and there is no philosophical justification for favoring cars over buses, bicycles, vans, Segways or other ways of getting around. (Indeed, insofar as automobiles cause pollution and perpetuate dependence upon foreign oil, there are philosophical justifications for discouraging automobile use.) Once upon a time, the motor fuels tax functioned as a user fee that covered most of the expense associated with roads and highways. But many so-called conservatives refuse to raise the gas tax on the grounds that it is a “tax,” and all taxes are equally bad, even though they seek to subsidize roads with all manner of other taxes, fees and charges that bear no relation to how much a person drives and the demand he places on the transportation system. By artificially reducing the cost of driving, ironically, such tax policies encourage people to drive more — which aggravates the traffic congestion the taxes are meant to address.

Transportation funding should be restructured to function as a user/benefit pays system. Those who use the system contribute to it in direct proportion to their use. Those who benefit from the system — primarily landowners whose property values increase when transportation access is improved — should contribute to the cost of construction. Between tolls, gasoline taxes, proffers, impact fees and special tax districts, there are ample means to fund new transportation improvements.

Prioritize by ROI. Currently, transportation dollars are distributed according to ideological and political considerations. Roads, mass transit and other transportation projects should be funded on the basis of how much they ameliorate congestion, improve safety, reduce pollution and create jobs (as opposed to shifting jobs from one location to another). The cost should be compared to the benefits, and the projects ranked according to a Return on Investment basis. Money should flow to the projects offering the highest rate of return.

Follow these general prescriptions and you’ll end up with conservative Smart Growth. It will resemble liberal Smart Growth in shifting growth and development from “suburban sprawl” toward more compact, walkable, mixed-use communities to the extent that such communities are demanded by the public. There will be fewer transportation subsidies and more transportation innovation. There will be fewer roads to nowhere that open up land for greenfield development, and there will be more re-development of aging neighborhoods, shopping centers and office parks that utilize existing infrastructure. The great difference between the conservative and liberal visions is that is that growth and development under conservative principles will be propelled by entrepreneurs and consumers in a freer market, bubbling from the bottom up, not imposed top-down by politicians, planners and elites upon a reluctant populace.

This essay has been adapted from a speech delivered at the 2012 Congress for the New Urbanism. Email Jim Bacon