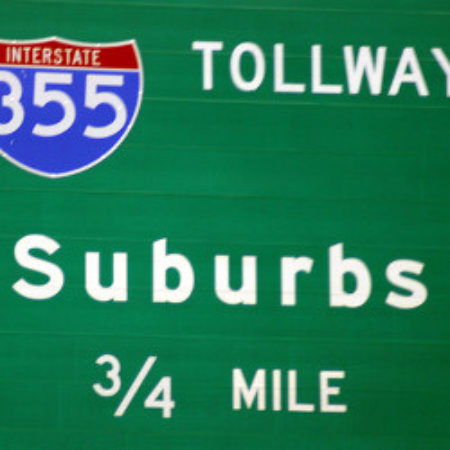 In the lead article Peter Katz (profiled here) elaborates his thoughts on fiscal analytics and growth management. He starts with the argument, which I have embraced, that the fiscal impact of development projects is better understood by comparing revenues and costs per acre. He goes on to suggest that local governments adopt what he terms “the missing metric” — the number of years it takes property taxes to pay back a a municipality’s up-front investment to accommodate a new development project — as a tool for determining the kind of growth a community wants to encourage.

Citing examples from Sarasota, Fla., Katz contends that the taxes generated by a particular mixed-use tower downtown would pay back the public investment within three years. By comparison, a two- and three-story garden apartment complex near the Interstate would take 42 years to pay back.

The payback is more rapid … because taller, more compact buildings make more efficient use of a limited footprint and typically require less of the horizontal infrastructure (roads, water and sewer lines) that local government pays for. To achieve their high value … developers must provide more of the vertical infrastructure (elevators, stair towers, conduit and structural steel). The more that government can induce private-sector players to spend on a given parcel of land, the more it stands to gain long term,  once the development is complete and the higher property taxes begin to flow in.

Fiscal impact is not the only factor municipalities consider when reviewing a development project. Elected officials also take into account the impact on traffic congestion, walkability, the environment, housing affordability, quality of place and a host of other items. But the long-term fiscal squeeze faced by local governments nationally suggests that the impact on cost and tax revenues will loom ever larger in the minds of government officials.

Katz advocates depoliticizing the development process as much as possible by basing the fiscal scoring system on objective criteria that can independently verified, “much like the indexes used to set mortgage rates when they periodically readjust.”  The long-term goal would be to grow the tax base with “resource-efficient settlements that return revenue at a far greater rate than the costs they generate.”

Government Finance Review also published two reactions to Katz’s essay, one from Mark A. Calabria, a libertarian Cato Institute scholar, and another from Stephen Lawton, a commercial real estate advisor and broker with New Urbanist leanings. Both liked the idea of a fiscal impact quotient in the abstract, but both also suggested that in the real-world push-and-shove between developers, environmentalists, neighborhood residents and other impacted groups, the fiscal impact on taxpayers overall does not loom large.

Lawton emphasizes the highly fragmented and overlapping power over transportation and land use in the United States federal system, with federal, state and local government all having an influence, not to mention the proliferation of local authorities. Just one state, California, has 2,400 special and school districts, 58 counties, 480 cities and dozens of state regulatory agencies. “One group’s checklist,” he says, “is often irrelevant or threatening to another with overlapping power.”

Bacon’s bottom line: Calabria and Lawton both make valid observations but miss a critical point. Citizen-taxpayers also represent a powerful force in local government. There a lot of them, and they vote. Any fiscal tool that could help local governments better manage growth and re-development will help elected officials appeal to one of their largest and most vocal constituencies.

Calabria raises one other point that resonates with my libertarian sensibilities. “I do not see the goal of development as one of enhancing revenue,” he writes. “This idea assumes that the private sector exists to enable the public. Rather, I would submit the opposite: Collective endeavors exist to help facilitate our privately held objectives.”

On a philosophical level, I quite agree. However, the fact remains that comprehensive plans and rezoning votes have a fiscal impact. Private interests should not have a blank-check claim on the public purse. Local governments have finite fiscal resources to put into public investment. They should make every effort to ensure that they invest those resources wisely. Katz makes a significant contribution as to how that can be done.