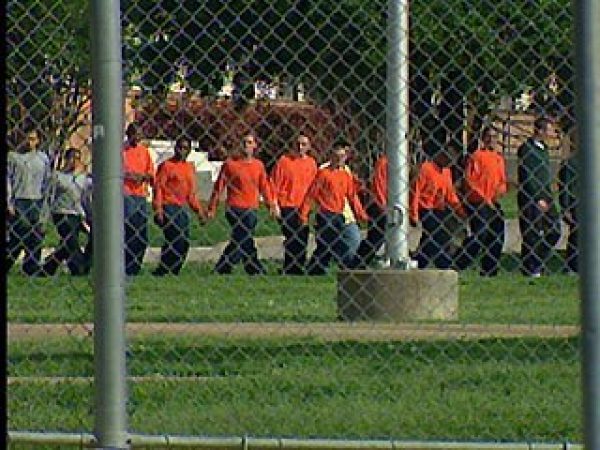 There are a few immutable functions of government—and public safety is paramount amongst them. We expect our state and local governments to use our tax dollars to keep the public peace, to punish those who do wrong, and ensure streets remain safe for prosperous economic development.

But as with all uses of taxpayer dollars, we expect Virginia to accomplish these goals effectively and efficiently.

Juvenile justice systems are unique from other public safety agencies as juveniles are treated differently than adult offenders, largely due to their age and capacity for change. Therefore, rehabilitation is an even more important goal for juveniles. The public benefit and cost savings that result from diverting a youth from a lifetime of crime, and putting them on the right track to a law abiding and productive life, are immense and should be prioritized.

Regrettably, the evidence suggests that Virginia is falling short of this goal. More than 700 youths are in state lockups on any given day. Taxpayers pay $221 per day, per juvenile, and at an average time spent in the facility of 14 months, the resulting tab is almost $100,000.

And this sizeable investment is not obtaining the best results possible. After three years, 74 ercent of youth confined in a state facility were convicted for another offense.

Virginia can do better.

In recent years, evidence regarding the most effective placement options for a juvenile delinquent has proliferated. We now know that, for most juvenile offenders, community-based placements are far more effective. This is especially true for youth with non-criminogenic health needs, such as a mental illness or substance abuse issues.  While specific data varies, recidivism rates generally are 50 to 75 percent lower for youths placed in proven programs closer to home than those for state lockups. And these community-based placements obtain these far better recidivism rates at a much lower cost, as low as $10 to $15 per day.
State level confinement is appropriate in some cases, and for very serious juvenile offenders, confinement can and does benefit public safety. However, even in these cases, traditional state juvenile correctional centers, like those used by Virginia, are not the most efficient option. Smaller facilities and shorter lengths of stay—usually between six months to one year—are both cheaper and rehabilitate more juveniles than larger facilities where youths are not efficiently treated.

It is time for Virginia to reduce its unnecessary use of expensive state lockups for juvenile offenders, and place as many juveniles in community-based placements as can safely be locally supervised. Incentive funding for juvenile placements can meet this objective.

Currently, counties do not pay the costs when they place juveniles in state facilities. Conversely, localities do pay a portion of the costs for alternative community-based placements.   Money is a powerful incentive blocking the use of the more effective and lower cost community-based placements. Virginia needs to reform this system by pooling and devolving funds attributable to each county, empowering local authorities to determine how to most effectively spend these funds.

Multiple states have already taken this step. In Texas, the Commitment Reduction Program, created in 2009, allowed counties the option of sending fewer youths to state lockups and receiving a share of the state’s savings to use for community based placements. This was one driver in  a 60 percent population drop in state facilities that permitted three facilities to close, saving $100 million. Further, even as more juveniles were diverted from secure facilities, juvenile arrests and referrals to the justice system have declined.

In Ohio, under the RECLAIM program, counties that reduced their commitments to state lockups were given a portion of the funds that would otherwise be spent on secure confinement for local placements for juvenile offenders, and saw recidivism drop by half amongst this group of juveniles. Ohio taxpayers have saved millions of dollars as the juvenile population in state lockups plummeted.

A similar effort in eight sites in Illinois known as REDEPLOY to divert state funding for community based placements resulted in $9 million in savings. A key to these successes has been the use of proven risk and needs assessment instruments which are increasingly accurate in helping juvenile justice professionals match the offender with the right program.

Virginia has an excellent opportunity to follow in these footsteps and achieve a more effective and cost-efficient system that puts more troubled youths on the right track. More youths will remain connected to their families rather than sent far away to state facilities, resulting in stronger families and bonds to the community where churches, community groups, schools, and non-profits can play a greater role. And as reduced recidivism creates safer streets across Virginia, an improved economy will follow with law enforcement free to focus on far more dangerous risks to the public safety.

It is clear that Virginia’s juvenile justice system is not producing a level of public safety benefits commensurate with its cost. By moving to a smarter, incentive-based funding system, policymakers can save millions all while keeping Virginians safer.