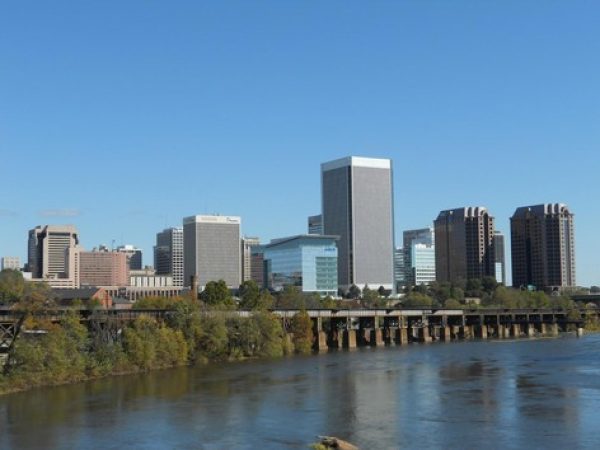 To get an idea of just how crazy the parking problem was in downtown Richmond before City Hall decided to give focused attention to the situation, consider this. In the 23-block Capitol District, dominated by city, state and federal office buildings, there was more than enough parking to handle the demand — nearly 1,800 spaces between on-street, surface and structured parking — and only two thirds of it was occupied, according to a 2009 parking study. Yet government employees were hogging the on-street spaces, making it difficult for citizens transacting business with the city to find a space to park.

“People were working all day long and monopolizing on-street parking spaces” said Lynne Lancaster, operations manager for the Richmond Department of Public Works, who oversees parking. “Many people were feeding the meter, running in and out of the office all day long.”

Some didn’t even bother feeding the meter. They learned that if they got tickets, nothing would happen. No one collected the fines. One individual racked up 1,400 tickets. “He was basically daring the city to do something,” declared James Jackson, director of public works.

I was meeting with the city’s two parking csars in a coffee shop just around the corner from a Richmond Metropolitan Authority (RMA) parking deck that the city was planning to take over (and since has) in order to rationalize the fractured ownership and operation of public parking assets. Earlier, City Council had raised rates on metered parking. On the theory that parking policy was one of the most under-rated and under-appreciated functions of municipal government, I’d set up the tete-a-tete to find out what the city administration was up to.

For years, parking policy had been conducted on an ad hoc basis. If merchants or other downtown constituencies wailed loudly enough, the city or some quasi-independent authority would build a new parking deck. At various points in time, the city also tried installing more parking meters for on-street parking, un-installing meters, relaxing enforcement of violations, and then ratcheting it back up. There seemed to be no underlying vision guiding the city’s actions.

A parking strategy began to cohere in 2002 with a seminal parking study, and then came into sharp focus in 2009 with a follow-up report by Timothy Haahs & Associates, a Miami, Fla., consulting firm. Those studies sketched out a vision for how parking could contribute to creating “a vibrant downtown containing active streets, pedestrian life, and occupied storefronts.” Among other critical findings, the Haahs report debunked the perception that “there are not enough downtown parking spaces.” While there were localized shortages in certain districts, downtown Richmond in 2009 had 24,019 spaces and peak demand of 17,000 — a surplus of roughly 7,000 spaces.

Further, the report found, spot shortages of on-street parking could be remedied by raising rates. It is an axiom of municipal parking policy that rates should rise to the point where on-street spaces are 85% occupied. That level ensures that spaces are nearly fully utilized but have enough vacancies that people can readily find somewhere to park without contributing to congestion by driving around and looking for a space. Proper pricing for street parking also encourages drivers to utilize structured parking, of which there is an abundance downtown.

Of the 22 recommendations advanced in the two parking studies, the city has implemented about half, says Jackson. One accomplishment has been to bump up the hourly rates from $.50 to $.75 — higher than before, but still short of a market rate. “[Mayor Dwight Jones] appreciated that the recommendation was to raise the rates. But he said to raise them incrementally. He didn’t want to give anyone sticker shock.” The idea, says the public works chief, is “to wade in, as opposed to jump in.”

Another priority was consolidating ownership and control of the public parking facilities. Entities holding a stake in public parking assets included the RMA, the Richmond Housing Authority, the Broad Street Community Development Authority, the Economic Development Authority and the city itself. The city could save considerable money by spreading the management and operation of its parking facilities over a larger number of parking structures. Stated the report:

The numerous entities controlling these assets create a bureaucratic nightmare in which no single person or group is the ‘go-to person.’ From a management standpoint this is not the most efficient system to manage parking. We believe it is imperative for the City to take the proper steps towards developing a centralized parking operation in which all the assets are controlled and managed by one agency.

One critical step was taking over the RMA parking deck built in the air rights above the Downtown Expressway. The city financed construction of the structure in 1990 by purchasing $18.9 million in bonds issued by the RMA. The plan was for the RMA to pay off the bonds from profits generated by the deck. But revenues fell woefully short. Twenty years later, the RMA owed the city the entire principal amount plus $15 million in unpaid interest. The city administration proposed taking over the parking deck and forgiving the $33 million — an idea that did not go over well with some council members, who said the RMA has plenty of money and should pay the city back. In the end, Council approved the transaction.

Meanwhile, even though the Haahs report concluded that there was no need to add new parking facilities downtown, City Council chose this summer to add to its downtown parking surplus, voting to chip in $11.25 million toward construction of structured parking to serve the $110 million Gateway Plaza. That business district had a small parking surplus in 2009 but the developer insisted that the project would not be viable without the attached parking. The city justified its participation on the grounds that property taxes from the building will more than pay back its investment.

In just those two projects — the RMA deck and the Gateway Plaza — the city has devoted some $30 million of its bonding capacity to expand downtown parking capacity not supported by parking revenues. And that doesn’t include $66.7 million in bonds issued by the Broad Street Community Development Authority to make improvements along Broad Street, including the construction and operation of five lots and garages. As of 2009, according to the Haahs report, the CDA had been able to make only the interest payments on those bonds. “They presumably will be unable to make the principal payments when those become necessary,” which means the city would be on the hook for that portion of the debt service not covered by the bonds, which grows to $6.1 million per year.

Jackson and Lancaster didn’t call the shots on those decisions, many of which were made years ago. They’re focused on proceeding step by step in implementing the study recommendations. Although it’s an accomplishment largely invisible to the public, the city has brought on Standard Parking, a national provider of parking management services, to manage the city’s on-street and off-street parking. While the Chicago-headquartered firm handles the gritty, day-to-day operations, Jackson and Lancaster exercise oversight through bi-weekly conferences.

Also, the city has begun experimenting with new technologies such as meters that can be paid by credit card and meters that administer multiple spaces by using sensors to detect precisely how long a car remains in a particular spot. The city has purchased 25 new parking boots, more durable than the old ones, which are used to immobilize cars that have three or more outstanding citations, and it has invested in license-plate recognition software, says Lancaster.

While the city has refrained from jacking up parking fees to market rates all at once, more increases are likely coming. The ultimate goal is to move to variable pricing, in which the price of on-street parking fluctuates according to localized supply and demand conditions. A uniform rate across downtown makes little sense when different districts experience varying levels of surplus and shortage.

Also expect more aggressive enforcement and ticket collection. Scofflaws will be chased down. Revenues will be plowed back into upgrading the technology and capabilities of the on-street parking system. To increase local buy-in for metered parking, the Haahs report suggests siphoning a share of the meter revenue into district improvement accounts to spiff up sidewalks, trees, planters and the like.

There is a lot more change to come, vows Lancaster. “We’re in the embryonic stages of defining what we’re doing with parking.”