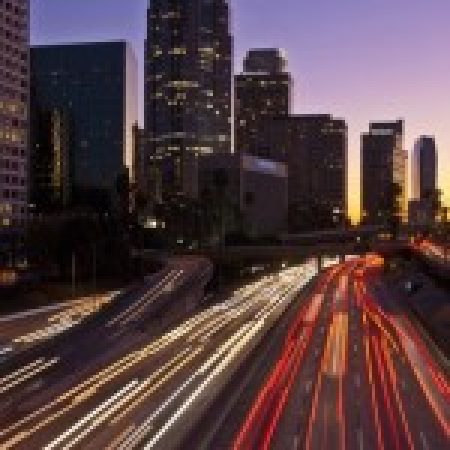 The late Herb Stein, former chairman of the Council of Economic Advisers, once quipped, “If something cannot go on forever, it will stop.” Stein’s Law, as it is now known, applies to the five bailouts of the Highway Trust Fund with general fund money since 2008, to the tune of $62 billion, to make up for ongoing shortfalls in fuel tax revenue from highway users. This has gone on for seven years because Congress was unwilling to reduce federal transportation spending to match user-tax revenues. But given the federal government’s dire fiscal outlook in coming decades, this simply cannot go on much longer. And given the strong public and congressional opposition to increasing federal fuel tax rates, the only realistic alternative is to reduce the size and scope of the federal program.

I’m encouraged to see responsible mainstream organizations starting to suggest it’s time to do this. In the first report of its Fiscal Federalism in Action series, the Pew Charitable Trusts take on this challenge. Their “Intergovernmental Challenges in Surface Transportation Funding,” released in September, first compiles budget numbers showing that, after adjusting for inflation, federal surface transportation spending decreased by 4% between 2002 and 2011, while state spending decreased by 20%. But instead of automatically calling for an unlikely increase in federal fuel tax rates, Pew lays out four principles for dealing with the situation:

Financing is not funding—increased bonding can increase near-term spending and bring projects forward in time, but does not add to the funds available [as New Jersey is now learning].

Rethink the roles of all levels of government—i.e., what is appropriately a federal, state, or local responsibility?

Partnership is essential, both inter-governmentally and between governments and the private sector.

Building on that base, the Eno Center for Transportation this month released “A Constrained Federal Aid Highway Program: Rightsizing for the 21st Century?” by Steve Lockwood. Based on Trust Fund revenue forecasts showing annual user tax revenues of about $34 billion (in 2010 dollars) by the end of this decade, Lockwood explores a replacement federal highway program focused on two clearly federal roles: interstate commerce (a national network of 21st century highways) and national interests such as highway safety, research and development, and roadways on federal lands. The rest of what the federal program now does would be devolved to state and local governments. In particular, he notes that “a $34 billion program cannot afford a separate metropolitan network-related program and still address the national priorities as defined at a significant level.” But he notes that a portion of the national network would continue to serve urban areas, and those areas could also generate significantly more local funding via congestion pricing of their expressways. In the paper he also suggests four alternative ways to divide up the $34 billion annual budget between the two national priorities.

There is an additional reason to bring highway program spending within the scope of the user-tax revenue. As Jeff Davis of Transportation Weekly has pointed out several times, under the 1974 Budget Control Act, trust funds like the HTF are protected from sequestration and across-the-board budget cuts if and only if at least 90% of their revenue comes from user taxes. This applies not only to the HTF but also to the Aviation, Harbor Maintenance, and Inland Waterways Trust Funds. Congress has ignored this law in recent years as it repeatedly shifted general fund money into the HTF, but it would apparently only take some Member raising a point of order to upset this apple cart. AASHTO, ARTBA, AGC, and all the other highway groups would rue the day this happened, because in future years, as entitlement spending consumes an ever-larger fraction of the federal budget, the temptation to raid HTF will only increase.

It would be far better to put the HTF back on a sound legal and financial footing today, by re-sizing the federal program to match highway user revenue generation.
(This article first ran in the October issue of Surface Transportation Innovations)